Focus: Behind the Scenes of the New 'City Hunter' Movie

by Kineta
Jan 17, 4:47 AM | 2 Comments
City Hunter began as a Weekly Shounen Jump manga series by Tsukasa Hojo in February 1985, where it ran for a total of 35 volumes until November 1991. Between 1987 to 1991, it was adapted to four TV anime series totaling 140 episodes and three animated films, all with director Kenji Kodama at the helm.

City Hunter the Movie: Shinjuku Private Eyes is the most recent anime film in the franchise, released in theatres in February 2019—20 years after the last TV special film. It takes place in modern-day Shinjuku, incorporating advances in technology developed over the three decades since the series first broadcast. Anime viewers are not required to watch the original anime adaptation to enjoy the movie, and may even be familiar with with some of the live-action spin-offs.

On October 30, 2019, nine months after City Hunter the Movie: Shinjuku Private Eyes was released in theaters in Japan, its Blu-ray and DVD went on sale, including exclusive unaired content from the theatrical version. A special premiere for the fans was held in Shinjuku—where Ryo Saeba of City Hunter policed—on the eve of the Blu-ray and DVD's release. Fittingly, this very theater made an appearance in the film, and tickets were sold out at the 500-seat venue. 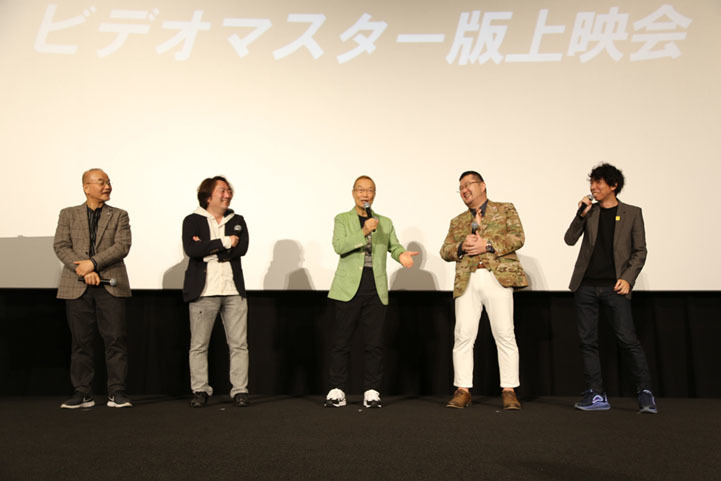 Script writer Kato said that the script was rewritten 19 times: “City Hunter is a long-running franchise with many memorable scenes. I reached the 19th version trying to stuff it all in.” Kaneko joined the staff to supervise scenes involving firearms, making Saeba’s actions with weapons more realistic and sophisticated compared to the early films.

Kamiya, voice of Ryo Saeba, is one of the most recognizable voice actors in Japan, noted for his expansive career. You may recognize his voice as Kenshiro in Hokuto no Ken or Roy Focker in Macross. He talked eloquently of City Hunter, revealing that he even went to the pressing factory where the Blu-Ray and DVD were being manufactured and packaged one himself. Japanese fans would never imagine a renowned voice actor like Kamiya would do such a thing; it's an indication of how deeply attached he is to City Hunter.

While Kamiya’s performance as Ryo Saeba made him an icon of City Hunter, it was director Kodama who nurtured the series and made it what it is today. The City Hunter anime adaptation first broadcast in 1987, with Kodama—a mere five-year veteran director—leading the project from day one.

To the audience's surprise, Kodama revealed that the initial adaptation almost didn't air. The production stalled due to an error, and as the scheduled air date closed in, the anime staff were anxious and considered resigning. It was at this moment that the studio Sunrise came to the rescue and took over the project. Sunrise had been focused on original mecha anime, and was eager to make an anime sourced from manga. Kodama was able to continue as the director, thanks to his work on the Cat’s Eye anime adaptation—which was based on another manga by Tsukasa Hojo.

MyAnimeList had the opportunity to sit down with director Kodama before the event, and discuss his thoughts about the characters while directing the series. There are surprisingly few interviews with Kodama, considering he has directed not only City Hunter, but also Detective Conan.

The new Blu-ray and DVD for City Hunter the Movie: Shinjuku Private Eyes should prove irresistible for fans of Kodama and Kamiya's work, and the limited edition includes exclusive features that should be welcomed by the most avid fans. An original illustration by Kumiko Takahashi—the film's character designer and series' animation director—adorns the front of the limited edition box set. The complete set includes the feature film, a special 92-page booklet, and a small version of the movie's audio script.

Also included in the Blu-ray and DVD are audio commentary tracks featuring Kodama, Kato, Ogata, and another producer, Go Wakabayashi, who emceed the event. The behind-the-scene clips and commentary should prove interesting not only to fans of City Hunter, but also to a broader audience. 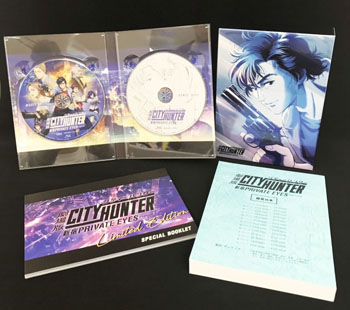 Interview and article text by Yukiko Nishino from the MyAnimeList team. It has been translated into English and edited for clarity.
StaffInterview

Stuff like this is interesting, but this is what articles should be while the "top 10 blue hair anime grils" shit belongs in some obscure thread somewhere buried in the forum.