The third and fourth combined 2017 issue of Young Jump magazine has announced that the 21st volume of Terra Formars, which will go on sale on May 19, 2017, will bundle an OVA. The episode, titled "Born to be Guardian Tatakau Riyuu," will be based on the Earth arc that begins to take place in volume 18.

The sci-fi series, drawn by Yu Sasuga and Kenichi Tachibana, began its serialization in Young Jump in January 2013. The 19th compiled volume was released in November. The manga received its first anime adaptation in Fall 2014 by LIDENFILMS. The first season was helmed by Hiroshi Hamasaki, who also directed the two-episode OVA series that adapted the Bugs 2 arc. A second season was broadcast in Spring 2016 and was helmed by Michio Fukuda. A live-action movie was screened in Japan on April 29, 2016, with a prequel drama streamed on dTV on April 24, 2016.

Viz Media licensed both TV anime seasons and has also licensed the manga under its Signature imprint for North American release. The 15th volume was released in November. 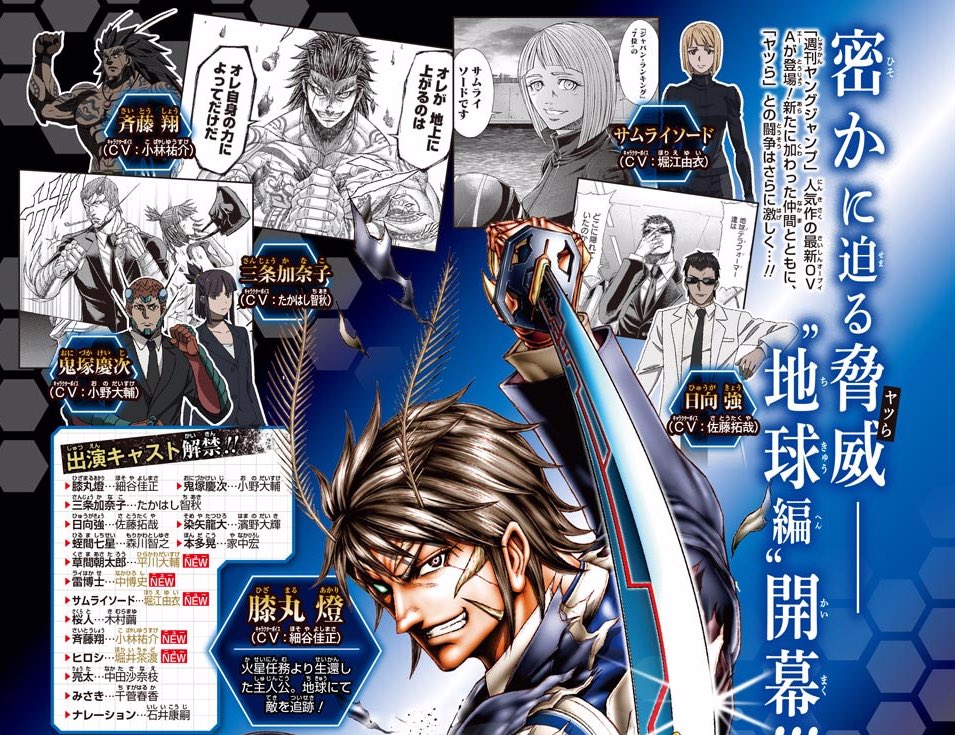 I hope we get 3rd season

please go back to the gory version from season 1