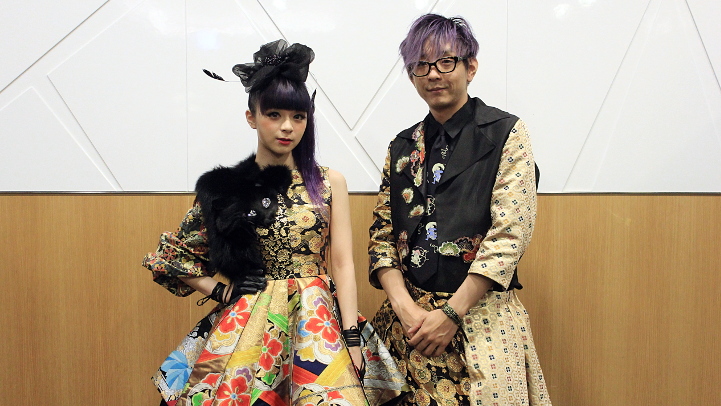 Your most recent album BiRTHiA is a collection of songs from your days as an indie group. How has GARNiDELiA changed since the indie days?

Toku: One change is that MARiA's performances in BiRTHiA are completely new recordings of our indie songs.

MARiA: When I was first given the song "ARiA," I was still 18 years old. Now that I'm 23, I've become more of an adult, and I hope my voice has also matured a little. (Note: MARiA turned 24 on January 31.) Since our debut, we've met many new fans and seen ourselves gain popularity little by little. That gives us new confidence, so I feel with BiRTHiA we've powered up into a new GARNiDELiA.

What are your thoughts about the indie days, when you used a mascot character on your CD jackets, as compared to today when you appear on CDs in person?

T: As indie artists, we were considered part of Japan's genre of doujin (self-produced) works. We sold CDs at doujin events such as Comic Market and M3 (Music and Mixed Media), and illustrations sold better there. (Chuckles.) That's why we used a mascot character.

M: When we debuted with a major label, we thought appearing in person would be a better approach. It also allows the fans to get to know us better when we use our names and faces. At the same time, our illustrations also became better known.

The jackets of your current CD singles and albums are very stylish and depict both members in various costumes. How much input do you have in their designs?

M: I'm actually the one who oversees the entire production of the costume and jacket designs. I would discuss the details with the stylists, designers, and other crew members. For example, what does this song express? What colors should be used? How should it be delivered to fans? After finalizing the designs, I submit a proposal to management. From there they will review it, discuss with the entire crew, and then come to a consensus on the final jacket design. 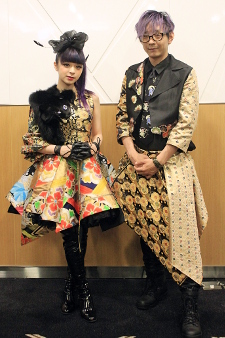 MARiA's fashion style is always cute and beautiful. Where do you draw your fashion inspiration from?

M: There isn't any individual who serves as an inspiration. The inspiration comes from walking around the streets and seeing different people, and also seeing different anime characters. I also study the fashion trends of each of the different seasons, sometimes from the Paris Collection as well. I then consult with the stylists as I finalize the costume designs.

What were some of the main challenges you faced as you started out in the indies? What other challenges do you face now as a professional artist?

M: During the indies, we uploaded performance videos on websites such as Niconico and YouTube. Of course, all sorts of comments would come in response to those videos, both good ones and unpleasant ones. As we read all the comments, we tried not to be too hurt by the unpleasant ones. We improved ourselves and continued to upload videos.

We did live performances on the Internet and in person, and there were times when only a dozen people would come to watch. That's why we were very thankful to have 1,300 fans come to watch our last one-man live, and we've even had several chances to perform overseas. Since more people have come to know us, we have to be stricter with ourselves. We have to hold performances that won't let our fans down. We can't fail. We have to take care of our own bodies and not fall sick.

What kind of relaxation activities do you do when you are away from music work?

M: We both love music, so we're thankful to be able to work with music as a career. There isn't really much time to rest.

T: When we sleep.

M: They're laughing at us. (Chuckles.) It's true though. Even when we're awake, we keep an ear out for any sounds we can use in the next song. We're always on the alert. That's why sleeping is the only real rest we get.

T: Eating too. Eating and sleeping.

What would you describe as the happiest moment as a performing artist?

M: (Chuckles.) We always enjoy performing one-man lives, and times like this when we can meet so many new fans are also wonderful. However, the day when we found out that we would debut as a major label artist will always be a special day to us.

What kind of advice do you have for aspiring independent artists on Niconico and YouTube?

T: I don't think they have to take as many insults anymore. (Chuckles.)

M: (Chuckles.) Compared to our time, it's probably easier to find followers, but there's also a lot more competition. The most important thing is for you to find your own style and strengths. Find out how to build upon those strengths and create something that can't be replaced by anyone else. Be firm in what you believe in and don't be swayed by the flow of things. Of course, we will continue to work hard as well. 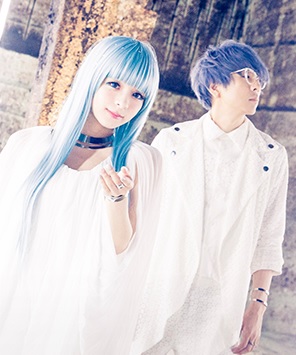 I really enjoy their fashion design from their music videos.

It makes me proud seeing them becoming a successful duo. I really love BiRTHiA because I used to listen to their older music :D

can't wait to see them at j-pop summit in San Francisco this year http://www.j-pop.com/03_2016_J-POP_SUMMIT_Announces_J-POP_Live_Concert_Line-Up.pdf

Maria's really pretty. There must be less insults on YT on the Japanese side because outside of Japan, it's more worse than better, now NND has a better community though.

Can Maria be somehow connected to Kumi Miyasato, I wonder? Both of them have deep voice, and they looks alike to... What if Maria is Miyasato-san's daughter? No one can tell, since KM is long lost and nobody know where she is.