by trebmeg
Mar 25, 2015 10:09 AM | 106 Comments
It was revealed at the ending scene of the final episode of Kantai Collection: KanColle that the anime series will be receiving a sequel. The text in the image (left) indicates, "Sequel production confirmed!!" More information will be announced at a later time. 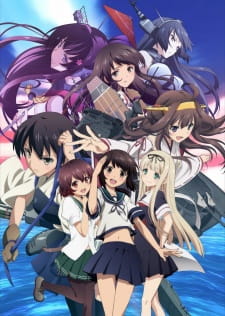 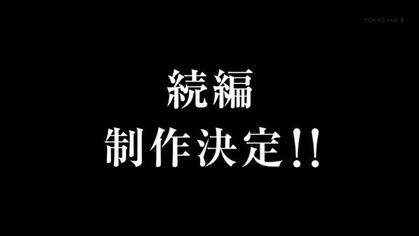 Meh. I dropped the first season halfway so I probably won't bother with this. It'll be nice for the fans of the series though.

In, season 1, everything was going well, we got fanservices but it'll definitely change when we talk about battles.

Their portrayal of the Midway, was way too one sided and unconvincing. Yeah, we wish to to have all the girls live but why did they had to kill one shipgirl in the first part of the series if they don't have plans to kill some at the most crucial battle of them all?

I find that girl's death pointless. This anime is all about shipsa and moe. Just like GnP and SW

And not only is it that, but it's blatant fanservice for pedophiles.
It can be said about most series airing every season.

CookingPriest said:
Yay for moe infused japanese militarism propaganda.
The show is too dumb to be any of that though.

I disliked some parts, but it had its moments. If it would focus on all the older girls it would have been way better.

And not only is it that, but it's blatant fanservice for pedophiles.

billybob300c said:
are christians even allowed to watch this kind of show? lol... s2 ftw

Holy shit, do we really need to pander more to the sexual predators of the world?

Seems like s1 was only a setup. Should be great. CANT WAIT!!!

i would like to see Bismarck in the second season, but lookin forward to any other new ships they might add.

Todd_ said:
Please new main character. Looking back on it now, Fubuki was a snore-fest.

Yuudachi will sooner sink than a new main character for season 2, much to our chagrin.

Well deserved, this show knows what it is and delivers to its audience, no shame in that. Poi.

S2?! YAY MORE KANMUSUs!
Hope for the submarines in the S2! Plus Kiso, Amatsukaze and Yukikaze too!

Ejc said:
Everyone on 2ch and late-night anime watchers expected this. The pace of the anime is way too slow to be finishing within 1-cour. In fact, people expected this to be 2-cour, before it was announced to be 1 cour at the beginning.

Too bad the anime adaptation was not done very well, especially with how the teitoku was portrayed. Players of the game and readers of the light novels in Japan, just did not want to associate themselves with a teitoku who "must've bought his account, as someone with such strong ships couldn't possibly make such amateur decisions".

People on 2ch identified that the teitoku would be the weak point for sales, and they were obviously right. This amateur portrayal of the teitoku hurt the sales potential of KanColle, as it was basically dead (not many sales boost after subsequent episodes) after the dreaded episode 3. I wouldn't be surprised if Deremas ends up as top of Winter 2015 as a result, because it recently was announced to have an event ticket bundled with the standalone Vol.1. People who bought the G4U and anime bundle will obviously have to double dip to be able to get the application serial code now.

Maybe they will make more of an effort for the sequel, but i'm not holding my hopes up, being a past player of the game. Even if things did improve, I don't see much of an improvement in sales if people don't bother watching the sequel due to their dissatisfaction of the current anime. That's what happened to SAO, as GGO is arguably much better than SAO/ALO from the opinion of someone who has read the light novel.

I'm not interested in going to the Kankanshiki at Yokohama, but the only reason the first BD has high sales is because of the privilege to apply for a ticket to the Kankanshiki. I mean, they even took the time to make the BD version worse than the TV version by removing Samidare from the mob and mutating character sizes. If the second BD and onwards also has high sales, then it's Tales of Zestiria all over again. It shows that BD sales don't correlate to product quality, all thanks to the AKB48 marketing method.

The Teitoku serves to be the Alisha from Zestiria. It's a major problem, but certainly not the only problem with this anime. Putting aside all of the problems that have shown up in the resulting anime, the root problem lies probably rather high up in the staff hierarchy, beyond the series composition or the directing; probably Kadokawa itself (as seen by this)

However, most game players will continue to watch the second season, even if it kills them. To be honest, if this wasn't KanColle, I would've dropped it at episode 4. We can't criticize the anime without watching it anyway. I'm just hoping that the AKB marketing method doesn't expand to every BD volume, because if BD sales remain high, then the potential for a better anime just decreases.

I'm not saying it's wrong to like an anime that has your favorite character in it, but Kantai Collection (anime) certainly does not go above your average anime quality as a TV anime series.

My two cents as one of the heaviest Japanese KanColle players.

I would so much prefer an Arpeggio Ars Nova sequel.