by dtshyk
Dec 10, 2008 3:49 PM | 39 Comments
Here is the weekly manga sales ranking top 30 for Dec 1st - 7th.
Finally, Oricon database got back to normal.
This week's Oricon manga ranking hasn't uploaded again. So I quoted Bunkyo-do ranking for this week, too.

Additional info: Due to the jump of the paper price, Kodansha had raised the price of Tankoubon from 420 yen to 440 yen in this December.

Here is this week's Bunkyo-do ranking.

I reeeeeeealy want to know Japanese: My favoritest manga (Junjou obviously XD) released Volume 11 and they only have Volume 7 in America? That sucks DX

masterjjx said:
One Piece is where it should be ,on top.
seconded \o/

So One Piece sold more than one million copies in its first week? meh, nothing special again...

I'm so glad that One piece and Naruto are selling good copies, those mangas always cheer me up and they make my life better :)

lol, its attack of the Shounen Jump manga in the top 5. One Piece's ranking at the top comes to no surprise at all. Next week should be interesting when the Weekly Shonen Magazine compilations are released (Ippo and Air Gear in particular).

One Piece kick ass!!
Nearly doubles the amount of sales for Bleach, and is 3 times D.Gray-Man!!
Even Naruto in 4 WEEKS couldn't sell as much as One Piece in just 1...

That's amazing!!
I've been waiting for a lot of time for these three series to clash around the same time of the year to be able to compare them like this, and obviously, ONE PIECE is the BEST!!!!!

And then people say that One Piece is not worth the time... lol!

Yes! One Piece is at the top where it deserves to be!

I liked Bleach at first, but now I'm just tired of it.
Glad to see Tsubasa Reservoir is on the top 30. I think the series is great.

radiantfire said:
Gina_Kin said:
Glad to see Naruto so low on the list.
What's wrong with Naruto? I mean it's a whole lot better than Bleach ATM

Nice to see the others though

In my opinion, both are equally dull ATM.

One Piece where it should be on top.

LightMetatron said:
Monster Hunter Orage is Weekly?Kaze Hikaru is shounen?There is something weird about it.

Monster Hunter Orage is monthly, but it's about this week's sales, and it got sold this week. And Kaze Hikaru isn't shounen, but who said anything about that? 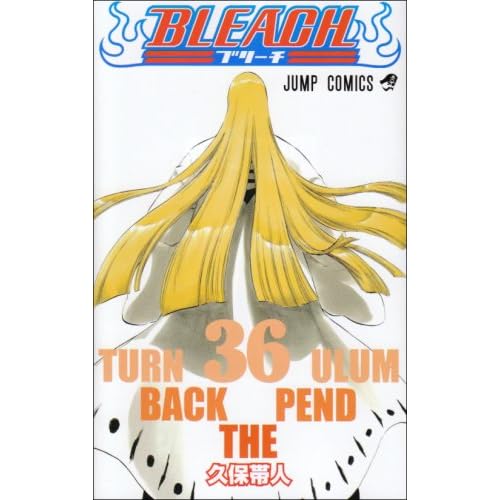 agreed.
Yes,look how the title of the volume is organizerd and how is Hirako good is this shot,he is my favorite.

Junjo is on volume 11 already in Japan? D: I didn't realise! I hope Blu hurries up and brings out the next volumes soon!!

Btw I just wondered if someone could clear this up for me: Tankoubon = Volume? I've not come across this term before so I thought I'd better check what it means before using it everywhere ^__^;;

Holy_KnightXIX said:
I am dismayed to see Double Arts at position 19. This means it did relatively well in terms of sales, even though it was cancelled prematurely. Shame.

I wish they burn with regret for cancelling that awesome manga.... for shame, it really had lots of potential.

Nothing im reading or interested in but roflcopter " naruto...

The magazine drop is roughly 35%. That's a shit load of money they are not raking in anymore. I wonder what the cause of it is? I'm sure there are a bunch of reasons, but the numbers to drop so significantly is cause for alarm. I guess all of the people who bought the magazines in the mid-90s grew up and only follow a few stories from their younger years, and thus invest in the Tankoubon. That, and the internet has made accessing chapters for free so much more easier. Makes sense why a lot of mangas are getting axed rather quickly nowadays.

The impact of the illegal scans of manga is quite small in Japan because the manga books are cheap. The biggest problem is the prevalence of the secondhand book stores.
Nobody knows what's the exact reason for the drop of the manga magazine sales, but there are some candidates:
1. the large size of a manga magazine (20 x 30 x 2-4 cm) has been outdated in the age of mobile phones. It's just too large to carry.
2. The interests of people have diverged. There no longer exists a nation-wide mega hit title like Dragon Ball.
3. The number of manga magazines is excessively large so that most of the magazines have only one or two (sometimes none) popular titles. It's natural that people prefer to collect Tankoubon rather than purchase periodical magazines, which also include many unpopular titles.