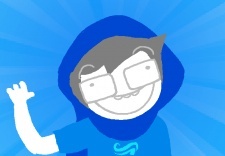 Yeah..there are some not cool newfags out there, hate it :s

Mythica Oct 29, 2010 1:16 AM
Hello! I was just passing through the forums and saw a post you had made, and I love your avatar/sig! I was wondering if you could tell me what anime that character came from? Hope I'm not bothering you!

Have a wonderful day/night.

EarthStar Aug 12, 2010 12:49 PM
Hello shojo beat club member! Since mass messgaes are down, I'm sending this message one by one to every (active) user's profile.

The club is looking really desperate with only I, writing comments and posting on threads.

But here is what's been happening:

There is a nomination thread now open for September's Series of the Month.

Member cards are open as well. For the time being, EarthStar9109's templates are only available.

And I opened a new game. After this one gets going, anybody is welcomed to add more games to the club.

Have a great day!

bubbleteaaaaaa Aug 1, 2010 3:31 AM
Hi there~
I see you're a fan of Vocaloid, would you like to join Vocaloid Workshop? We have limited edition cards featuring all Vocaloids and their songs :)