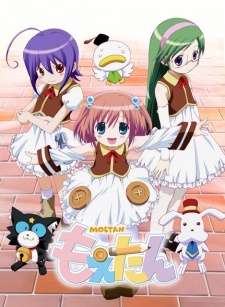 Next week's episode 6 of Moetan has been yanked from broadcast, and a recap episode 5.5 will air in its place.

Takayuki Nagatani, a producer of the Moetan moe television anime series, posted on the official series blog that the next episode will be replaced by a recap episode due to circumstances beyond their control. TV Osaka has previously edited Moetan episodes by fading the entire screen to white in some sequences.

Can't wait for the DVDs!

I am confused by this