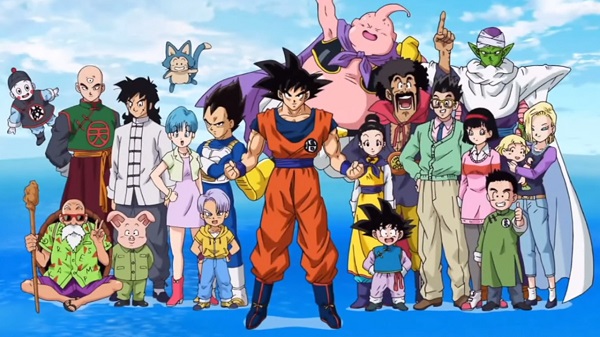 Who could ever forget Dragon Ball? This series started airing before most of us were even born. It's been twenty-eight years since the first anime adaptation of the manga was released, and the Dragon Ball franchise is still constantly evolving, creating content that doesn't seize to amaze old, as well as new, generations of anime fans.

Dragon Ball tells the story of Gokuu, a Saiyan whose innocence and courage have inspired fans worldwide. Fortunately for those fans, an amazing addition to the franchise, Dragon Ball Super, was released on July 5, 2015. This series is produced by Toei Animation and its story is written by the one and only, Akira Toriyama. Dragon Ball Super follows the events of Dragon Ball Z and Dragon Ball Kai, right after Majin Buu was defeated. As the only new storyline released in the last eighteen years, fans and critics alike can't help but hope for something amazing! 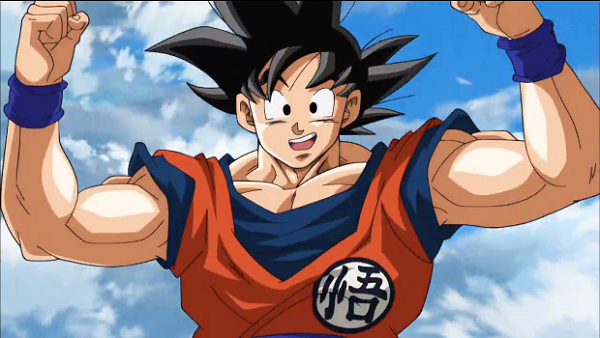 Son Gokuu (commonly known as Gokuu) is a Saiyan that landed on Earth after Planet Vegeta, his home planet, was destroyed by Frieza. When he was a little kid, Gokuu trained in martial arts under the perverted, but lovable, Muten-Roshi. Throughout the series, he has come against incredibly powerful enemies, forcing him to constantly surpass his limits and making him who he is today.
Gokuu has a very cheerful and carefree personality, allowing him to easily make new friends; people confide in him because he's like an open book. There isn't a single ounce of evil in him. He is a true free spirit that does what is right not because he feels he has to, but because he honestly wants to. Gokuu's main desire in life is to become stronger, showing little interest in things other than fighting and training. 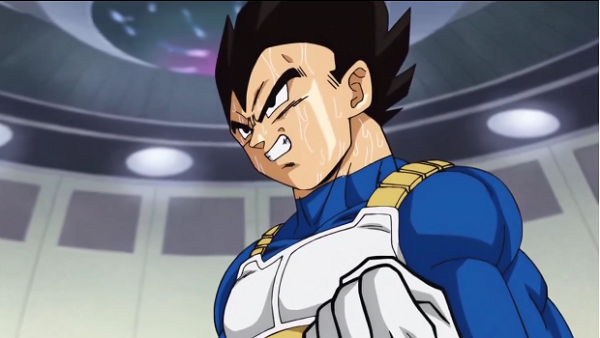 Vegeta was the prince of Saiyans until Frieza destroyed their planet. His royal status made him superbly arrogant; his sense of superiority is higher than the gods themselves. Vegeta was first introduced in Dragon Ball Z as a ruthless warrior who wouldn't mind killing anyone who got in his way, even his own comrades. However, throughout the course of the years, he has grown to become both an ally to Gokuu and the gang, as well as a family man (although he will probably never admit it). Although he preserves his egotistical personality, he has performed numberless selfless acts for the sake of his close ones. Vegeta is the only existing Saiyan that rivals Gokuu's strength, even managing to surpass him in some aspects. 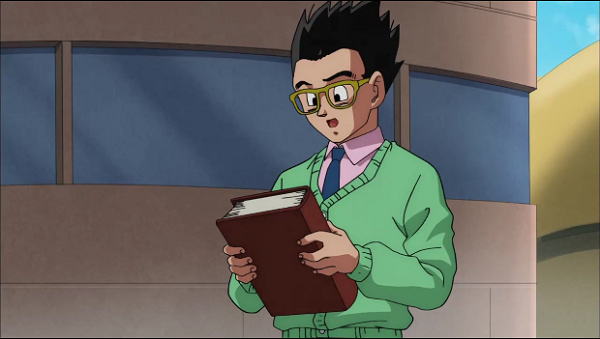 Son Gohan (commonly known as Gohan) is the oldest son of Gokuu and Chi-Chi, being the first half-Saiyan/half-Human to be born on Earth. As his father, Gokuu, died (temporarily) when he was just a little kid, Gohan was protected and trained by Piccolo for the most part of his childhood. Since then, he has grown to become a notably powerful warrior. But after the events of Majin Buu, he has tried to focus more on his family and studies.

Gohan has a naïve and timid personality. However, even though he was an absolute crybaby as a kid, he was always able to overcome his insecurities. When loved ones are endangered or hurt, Gohan manifests a hidden power that leaves even Gokuu and Vegeta in awe. 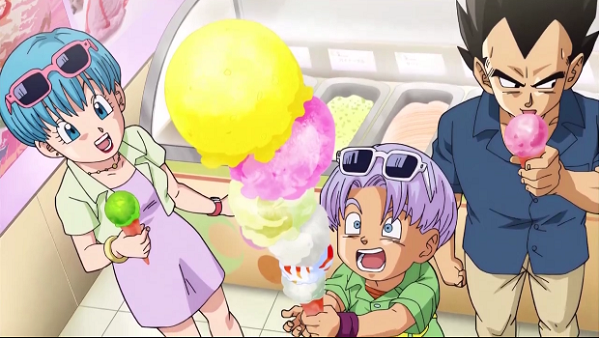 Trunks is the only child of Bulma and Vegeta. He was introduced at the beginning of the Cell Arc as a powerful young warrior who came
from the future to warn the team about upcoming dangers. However, the present timeline Trunks was born after Cell was defeated and therefore has no recollection of his time-traveler self.

In Dragon Ball Super, Trunks is the only Saiyan that doesn't rock the trademark dark, spiky hair look. Even though he’s just a playful, young boy, Trunks has already managed to reach the Super Saiyan level. 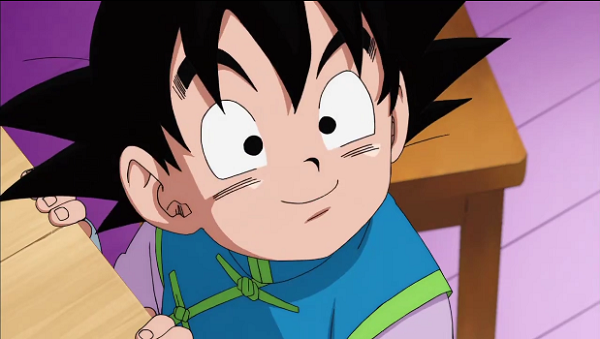 Son Goten (commonly known as Goten) is the second child of Gokuu and Chi-Chi, as well as Gohan's younger brother. Unlike Gohan, Goten looks exactly the same as his father did when he was a child, and his personality also seems to mimic him to a fault.

Goten is Trunk’s best friend and they are commonly seen playing together (if you call throwing dinosaurs around playing). Besides reaching the Super Saiyan level at a very young age, Goten can also perform Fusion with Trunks to augment their fighting abilities.

5 Tips to become the strongest Saiyan

Gokuu and Vegeta are the most powerful Saiyans in Dragon Ball Super. What can we learn about them? How about their prodigal offspring?

1. Put training above everything else! 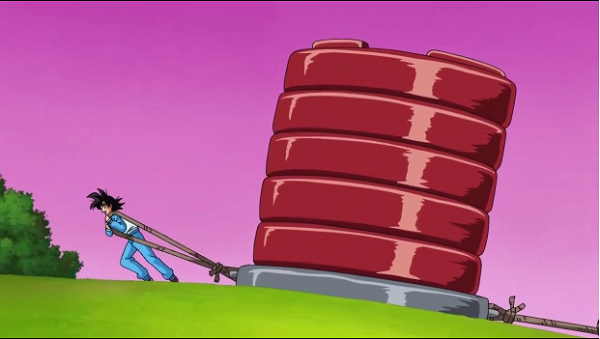 Gokuu and Vegeta are the strongest warriors on Earth, but they are also some of the worst parents ever! Gokuu doesn't have a job or any kind of income and his carefree attitude about his kids futures is pretty iffy. Vegeta is probably worse, but he was lucky enough to marry a millionaire, so money problems aren't as much of an issue.

These warriors only care about, well... being warriors! Gokuu is constantly conjuring up ideas to escape Chi-Chi's orders to get a job to go train on King Kai's planet. Vegeta on the other hand openly isolates himself from his family and spends most of his time in the family training facilities.

The other Saiyans have different priorities. Gohan is now a dandy family man, while Trunks and Goten only care about finding a new way to have fun. This gap in motivation seems to be one of the biggest reasons for the differences in strength of Saiyans. 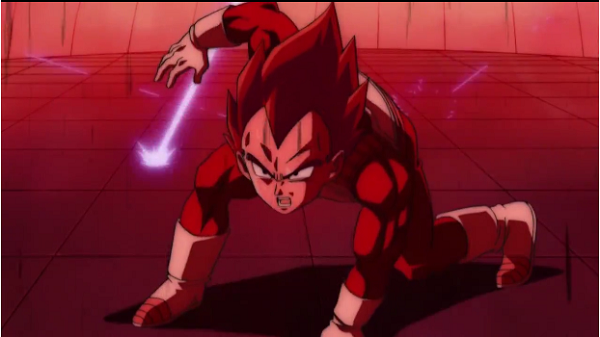 Goku and Vegeta are not only brothers, but also rivals. Since their abilities (as well as their potential) are pretty similar, there has never been a big gap between them. They're always working to surpass each other. Even though Gokuu almost always has the upper hand at first, Vegeta usually has more than a few surprises hidden up his sleeves. Out of the two, Vegeta is way more serious about this brotherly rivalry. His arrogance does not allow him to settle as Gokuu's equal. Gokuu, on the other hand, acknowledges Vegeta as his rival, but he has a more playful attitude about it, which probably comes from his cheerful nature.

As for the other Saiyans, Trunks and Goten are very close friends and they have trained to fight as a team. However, they do share a friendly rivalry when it comes to battling each other. Gohan lives in a whole other world; his only rival of late is probably Mr. Satan when they are battling to win Gohan's newborn daughter's attention.

3. Have something or someone to fight for! 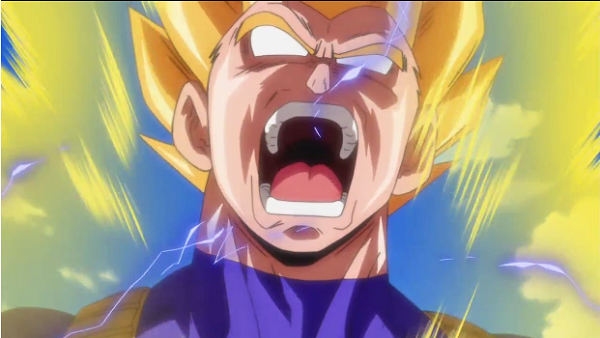 Gokuu and Vegeta are all about becoming stronger, but they also have loved ones to protect. Both characters have made Earth their new home and won't hesitate to risk their lives to protect it.

Family and friendship have always been sources of power for these warriors. Who can forget when Gokuu transformed into the Super Saiyan after he watched Frieza murder his friend Krillin? Vegeta isn’t so open in this sense, but Dragon Ball Super has shown us that this Saiyan won’t let anyone lay a finger on his wife.

Gohan is the most passionate Saiyan when it comes to protecting loved ones. His hidden strength mostly manifests when he has to defend or avenge someone. Even though he seems to have retired from fighting for the time being, who knows what surprises Dragon Ball Super may hold in store for him... 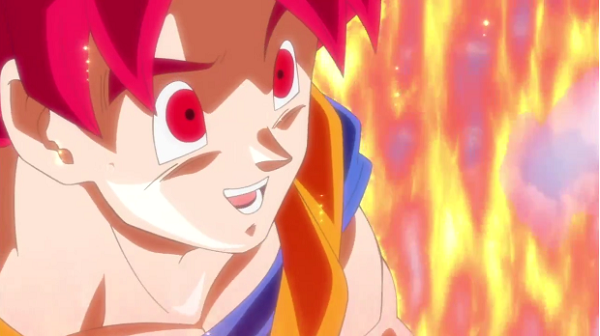 Dragon Ball Super shows us that to become stronger, you must first surpass your personal barriers. Powerful enemies are not the only obstacles one faces on the battlefield; prejudices or beliefs can also hold someone back.

Gokuu has always sought to become stronger by his own means, but he was willing to accept the help of his fellow Saiyans in order to reach the Super Saiyan God level when Earth's future depended on it. As for Vegeta, he put aside his personal pride to gain a teacher, Whiz, because he knew that the training would help him grow as a warrior. 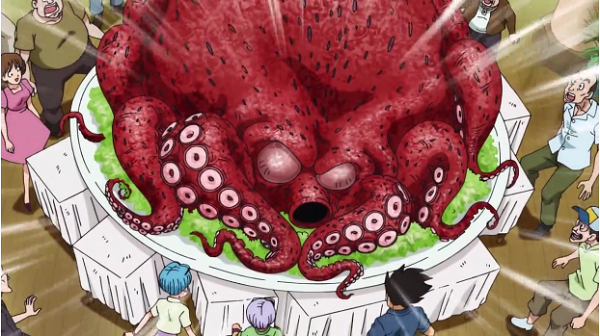 Have you ever felt really hungry after working out for a couple of hours at the gym? Now try to imagine flying, fighting at full speed, creating energy blasts and receiving a lot of punches for several hours… You could only imagine the tremendous amount of calories burnt. Keeping that in mind, it’s easy to understand why Saiyans need to eat way more than any human could ever. After an intense training session or a dangerous fight, food is what keeps the blood pumping!

That’s why a full course meal for fifty people serves as but an appetizer for our favorite Saiyans! Work hard, eat hard.

Dragon Ball is a legendary series that has changed the world of anime forever and will probably live on in the hearts of fans worldwide for decades to come. The newest addition, Dragon Ball Super, offers valuable life lessons that will inspire you to become the best you can be. Don’t forget to check it out!