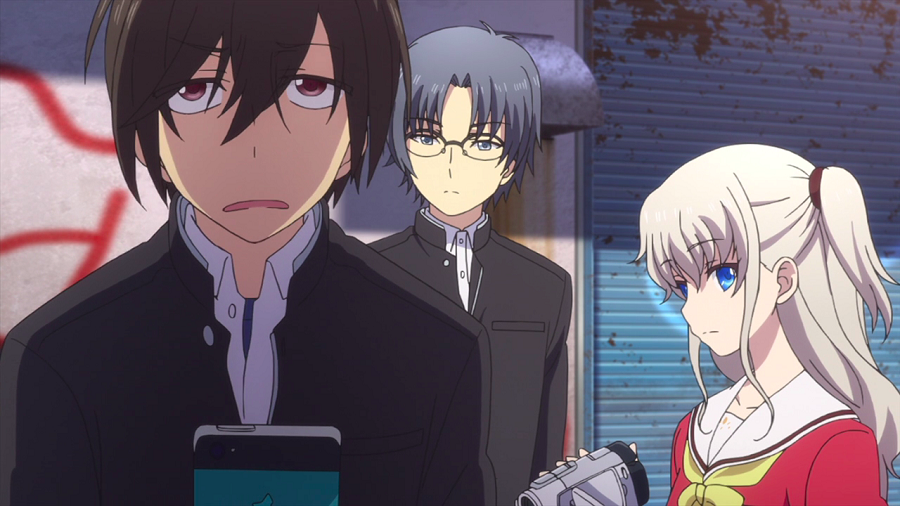 The first few episodes of Charlotte may be misleading for the casual viewer. From the outset, it appears as if the anime is nothing more than yet another show about teenagers with superpowers. The first few episodes lend to that interpretation, as they center on the lives and struggles of highschoolers with unique powers, and the effort to discover who and where they are before they injure both themselves and others. However, once the anime reaches the end of its first arc, it becomes increasingly clear that the plot is much more complex than we may have originally imagined. What may have on the surface appeared to be just another anime develops into something much more interesting. Yes, there are super-powered teenagers. Yes,they spend much of the anime struggling with the usual high school teen angst. However, as the story progresses, so does the intense level of love and respect between the two main characters, Yuu and Tomori. 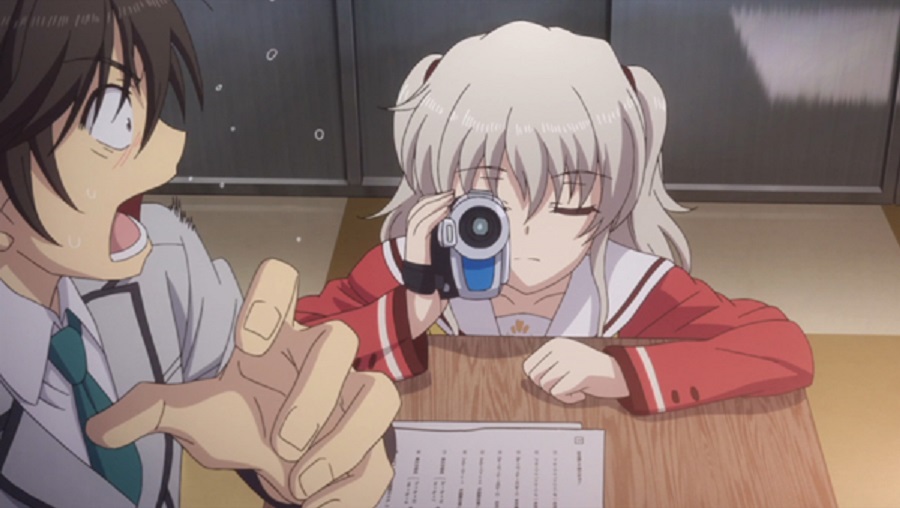 Every good romance starts with conflict. The conflict between Yuu and Tomori is almost immediate. From the very first episode, when Tomori uses her powers to spy on, and then blackmail Yuu into transferring to her school and joining her club of students with special powers, it’s apparent that the two really do not like each other. Tomori’s perspective of Yuu is pretty understandable. He’s reckless with his powers. He’s selfish and uses them for mostly perverted and trouble-making endeavors. He even uses them to cheat on tests and take revenge on other people. Yet he has a softer side, one that is revealed through the love he feels for his younger sister, Ayumi. As the first arc progresses, it becomes clear that Ayumi is his moral center, and although he often appears to be annoyed by her presence, she is the main person that keeps him grounded him in the reality of who he is and who he should be. The idea of familial love is common in anime, and many other shows emphasize the brother/sister bond. While many anime that have a brother and sister dynamic also characterize the relationship as slightly (or potentially) incestuous, in Charlotte this is not the case. Yuu's love for his younger sister is pure, as is hers for him. 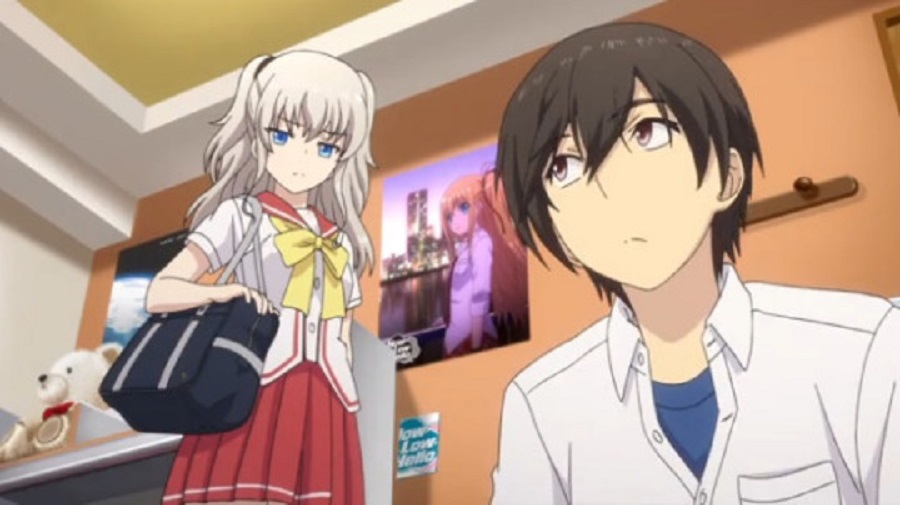 Yuu's love of his sister is a major plot device. It drives the action forward, and as the story progresses, becomes increasingly important to the development of the story's primary conflicts. It is at the height of the story's plot that we begin to see the conflict between Yuu and Tomori develop into a deep and profound love. Eventually, Tomori becomes more than just a friend, completely giving herself over to him. The transition from friendly adversary to lover is very sudden, but is ultimately enjoyable when you see it coming. When Yuu realizes what lengths Tomori will go to exercise her love for him, he likewise begins to understand the depth of his own love for her. The second arc of the anime centers on this burgeoning love between the two. By the end of the second arc, it is Tomori’s love that pushes Yuu and drives the primary conflict that emerges in the anime's second half. 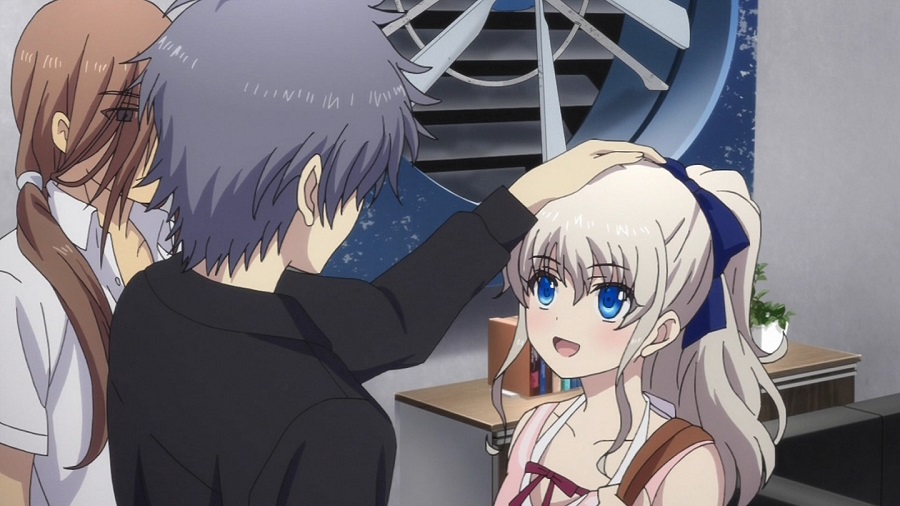 At its heart, Charlotte is a love story. It’s about the lengths that individuals will go through to protect and save the ones they love, even when it seems very one-sided.