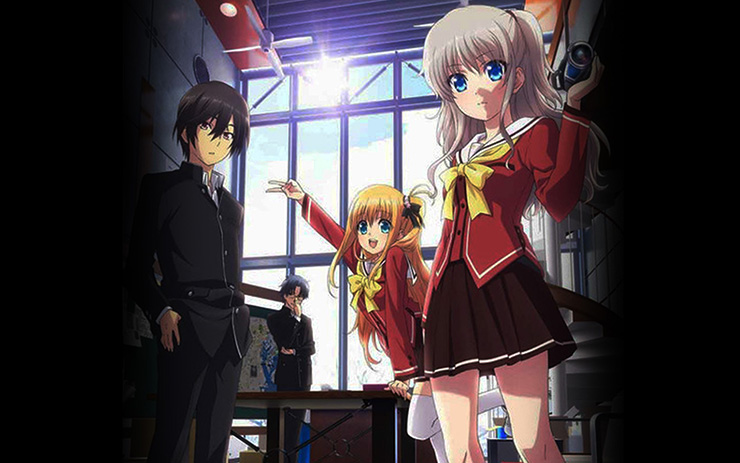 "Charlotte’s" action revolves around the theme of the gifted child. Such individuals are usually born average, but as they reach puberty they develop superman abilities like flying, running at superhuman speed or telekinesis. while some of us got a deep and disturbing voice during puberty. These abilities don't come with an instruction manual, gifted children have to learn how to use their powers, so they won't accidentally remodel their homes as the're eating tamagoyaki on a futon, and where to use them, to avoid being thrown in a research facility. Gifted hildren learn the tricks of the trade alone, with a mentor or, rarely, in an institution. After they've mastered their powers they use them for a greater purpose. This is where Charlotte takes a different direction, the children's powers exist only for a limited time, by the time they reach adulthood their powers end, and to make things worse they come with weaknesses or restrictions. Yuu Otosaka has the power to possess individuals, but this can only be done for five seconds at a time and when he does this he loses his consciousness, then Nao Tomor has the ability to become invisible, but, like her colleague, her power takes effect on just one person, and Jōjirō Takajō can run at great speeds, but, unlike The Flash, he can't stop properly which makes him makes him prone to hospitalization and sometimes has had blood gashing from the top of his head because he stopped too abruptly.

School for the Gifted or Sanctuary? 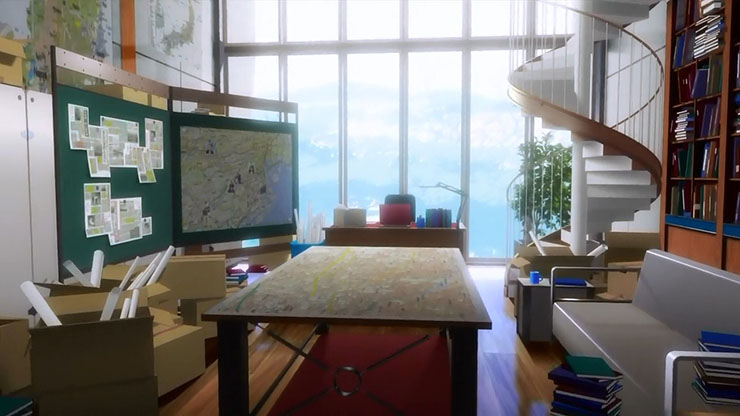 Because of the nature of their powers the students can’t attend a regular school. Too often are they shown having unfair advantages, using their abilities selfishly. In the world of Charlotte gifted children have three options they: go to Hoshinoumi Academy, become guinea pigs for scientists or try their luck at self-managing their powers. The academy's student council is tasked with searching for and recruit new children. Upon arrival the new students are given shelter, a considerable scholarship and education. However, due to the fact that their powers will, eventually, vanish on their own, there isn't any effort made to fine-tune them. If scientists get a hold of them, their abilities are going to be exploited until they run out. Kazuki Tomori went to such a facility and the experience scarred him so deeply he developed a mental illness making him unable to integrate in mainstream society. Hoshinoumi Academy functions more as a sanctuary than a training campus, this is what makes Charlotte unique. Its character’s aren’t vigilantes, nor are they involved in any political intrigue, they’re just trying to survive.

Gifted children are wide-spread in anime, the following enumeration is in no way complete. The first title that comes to mind is the anime version of X-Men, the two universes are similar, both have schools for the gifted, and troubled youth. Inou-Battle wa Nichijou-kei no Naka de shows us a slice of life from a literary club whose members have been granted special abilities. In Rosario + Vampire we witness the life of a normal human trapped in a boarding school specifically made for monsters such as vampires, witches, or daemons. Kanie Seiya from Amagi Brilliant Park has a similar narcissistic personality to Otosaka Yuu, as well his half-baked possession power. 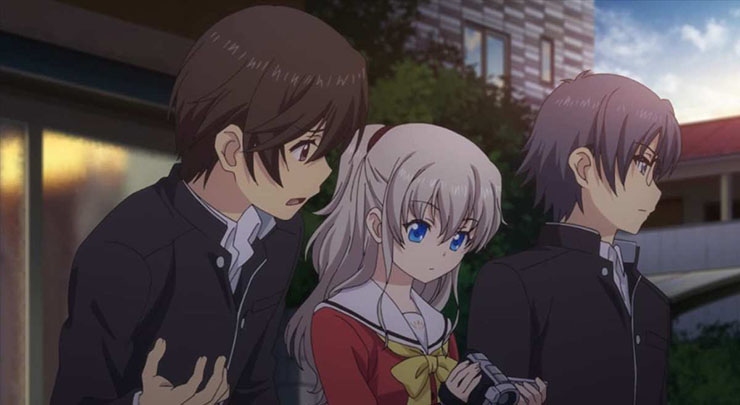 Who Should Watch Charlotte?

If you’re into the whole kids with superpowers genre, and wondered what would happen if such children would be left to their own demise, if they never took part in anything outside their normal lives, then you may want to watch this anime. The highlight of the anime is its drama, and its plot twists. The moment you think you know the show’s formula, it takes an unexpected turn and you get to see just how vulnerable a child can be, how easy it is to shatter a life. Angel Beats' fans are sure to enjoy this anime! 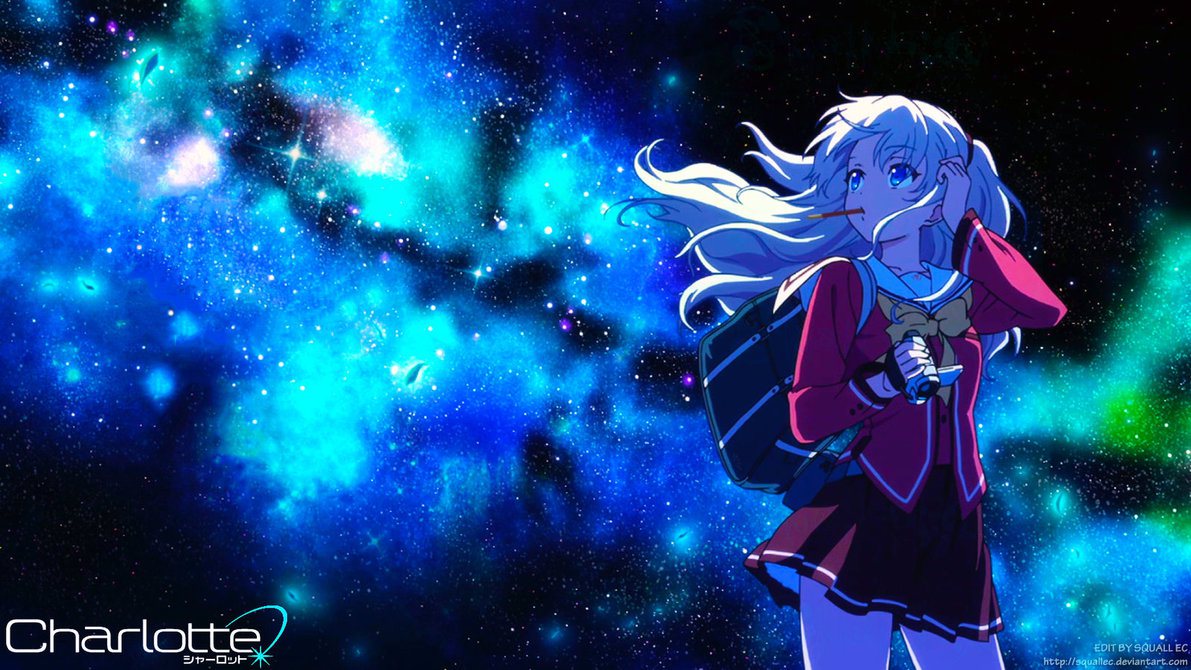