The Fairy Tail Guilds and Their Logos

Fairy Tail is a series about a guild with the same name. But aside from Fairy Tail, there are other various guilds in the fictional world of Earth land. How does each guild differ from the other? Let's find out.

Fairy Tail is a manga series by Hiro Mashima. It has been produced into an anime series by A-1 pictures. There are currently 259 episodes and the anime is still ongoing. It is set in a fictional world called Earth land where wizards or mages coexist with humans. Mages form groups where they can mingle and take on missions with other mages. Groups like this are prevalent throughout the world and these are called guilds. 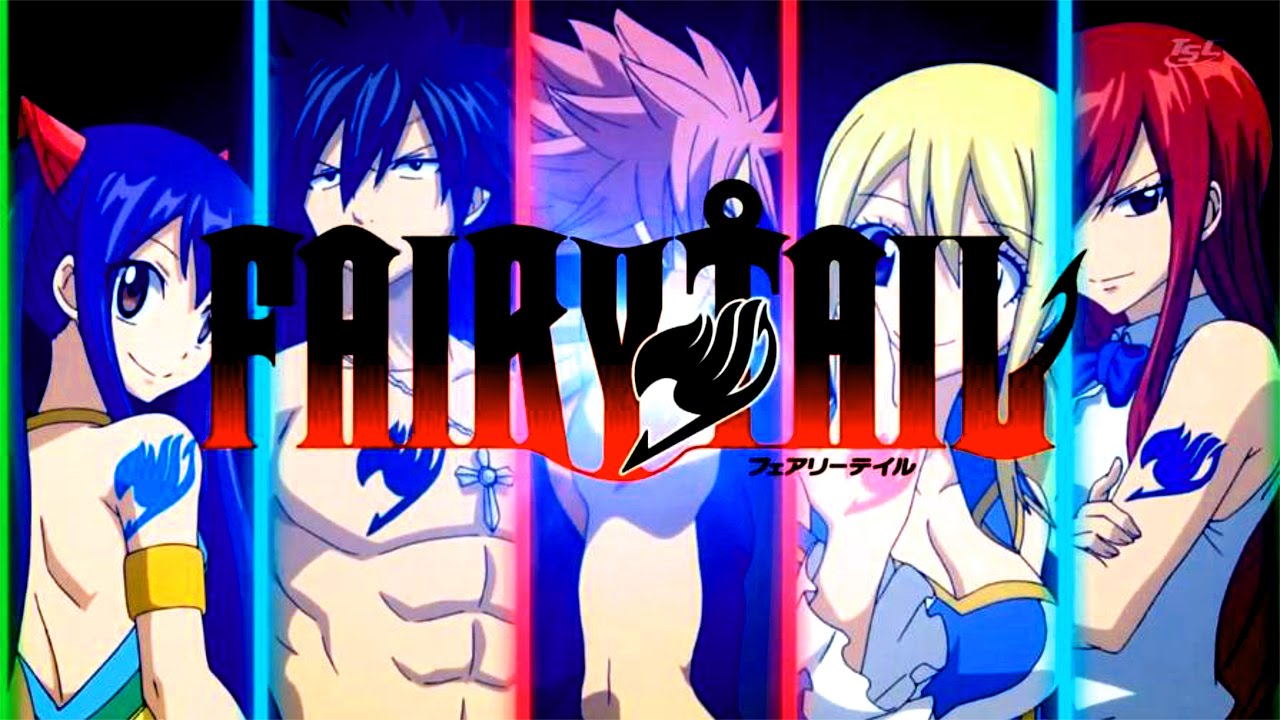 What is a Guild?

A guild is a type of organization scattered all throughout Earth land. Each guild in Fairy Tail has a set of standards which applicants have to qualify for. Eligibility depends on the guild, but aside from passing the set standards of the guild, candidates must share the same goals and visions of the guild in Fairy Tail. Magic guilds, for example, only accept mages – people who can wield magic. This type of guild is the main focus of the series but there are other types of guilds as well such as mercenary, treasure hunter, bandit, etc.

A guild is where members can take on missions or jobs and where they can be rewarded with jewels once they successfully complete a task. There are three types of magic guilds in Fairy Tail, namely: Legal, Dark, and Independent. Legal Guilds are those approved by the Magic Council, the organization who rules over the magic world. Dark Guilds, on the other hand, are not approved by the council and are considered criminal organizations. Independent Guilds are also not approved but are not criminals so they are not considered Dark Guilds. 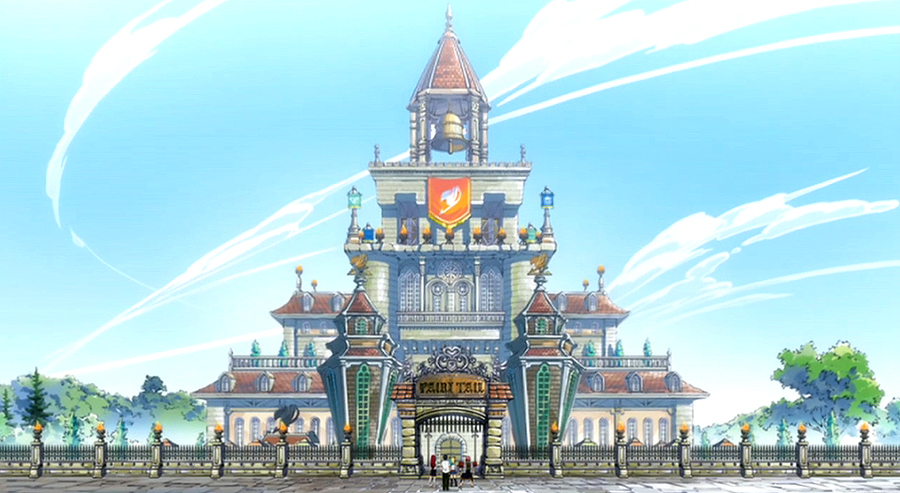 The Legal Guilds of Fairy Tail 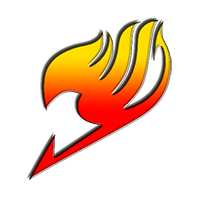 The Mage guild Fairy Tail is the namesake of the anime, and has a long history. It was considered to be the most powerful guild in Fiore, a country in Earth land. But that is before the events in the year X784, when the guild lost most of its strength and the guild quickly lost its status. It became outranked by other guilds such as Blue Pegasus and Lamia Scale, who had risen in power. The previous hundreds of members was reduced to mere tens. Joining Fairy Tail is relatively easy, as all that is required is permission from the Guild Master. Leaving is also simple, as long as the mage promises to follow three rules to preserve the honor of the Guild even in their departure. 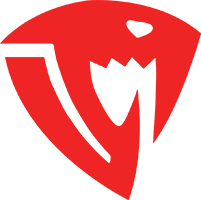 Sabertooth replaced the Fairy Tail’s status as the strongest guild in Fiore after the events in X784. An obscure, weak guild before, Sabertooth grew in strength when its five core members were recruited into the guild. This may be due to its Master, Jiemma, who had no tolerance for weaklings or anyone who would bring shame to the name of Sabertooth. There are very strict requirements for joining the Sabertooth guild.

The Sabertooth guild's logo is a gold emblem reminiscent of a sabertoothed cat. 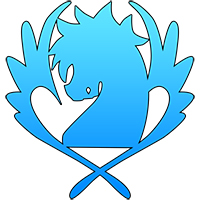 Blue Pegasus doesn’t have much history compared to the Fairy Tail guild, as it was founded in x764. But the founder and current master of the guild, Bob, is a former member of Fairy Tail. Members of the guild are known to be exclusively attractive men and women (well, almost exclusively) but they are also recognized for their strength.

The Blue Pegasus guild is in possession of a majestic airship named Christina. Their logo is a blue horse encircled by two winglike symbols. 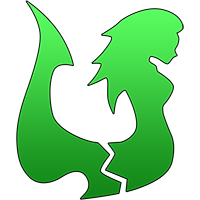 When Fairy Tail was at the top, Lamia Scale was already considered to be one of the stronger guilds, but at Fairy Tail’s downfall, it rose to the top of the rankings, its strength only second to Sabertooth. It regularly also achieves second place in the Grand Magic Games. One of the guild’s prides is Jura Neekis, who is one of the Ten Wizard Saints, ten extremely powerful mages in Earth land.

The Lamia Scale logo is the profile silhouette of a mermaid/lamia. 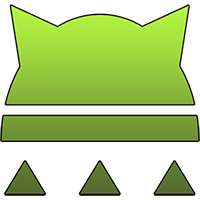 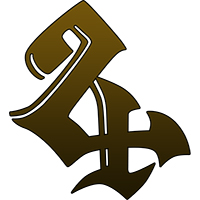 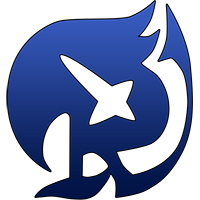 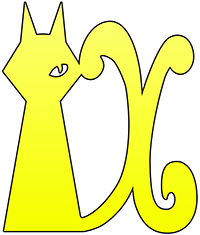 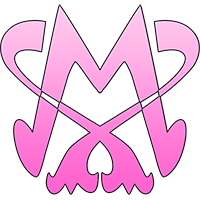 The Dark Guilds of Fairy Tail

This is an alliance between the three most powerful Dark Guilds. This alliance is an alliance only in name, and is little more than an agreement not to fight amongst themselves. The alliance controlled other Dark Guilds until their disbandment in x792. 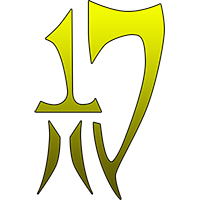 The guild is comprised of only six strong members, each one rumored to have the ability to easily take down an entire guild. Its goal was to retrieve a Dark Magic called “Nirvana” which can turn good into evil. Using Nirvana, they wanted to turn members of good/legal guilds against each other, begetting chaos. The name of the guild means "The Six Demons".

The Oracion Seis logo is a stylized Japanese character for six (六) and マ, the katakana spelling of 魔, which means "demon". 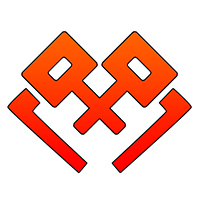 The guild Tartaros is actually comprised primarily of demons from Zeref's book of demons. Their main goal was to revive their master E.N.D. and return to their creator Zeref and kill him. Their way to achieve this is to use a magic weapon called “Face” to nullify magic across the continent which would allow them to collect “Curse Power.” 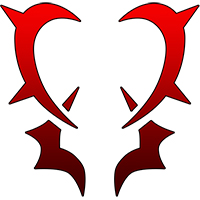 The founder of Grimoire Heart was the second Guild Master of Fairy Tail, Hades (formerly Precht). Precht gave up his position in X736 so he could travel, but through his travels he became evil. He gathered young powerful mages to train them to become the Seven Kin of Purgatory. Grimoire Heart houses an organic device called the Devil’s Heart which is the source of Hades’s power. The guild’s main goal is to find Zeref and unlock his seal. They are planning to awaken Zeref to turn the Ultimate Magic World, where 90% of non-magical humans cannot survive, into reality.

Grimoire Heart has one guild spell associated with it, named Grimoire Heart. It is an evil version of the Fairy Tail guild's Fairy Heart, and was created by Hades. Grimoire Heart possesses both a giant airship as well as a magical cannon. Their logo is a heart formed by devil horns and wings.

The Independent Guilds of Fairy Tail 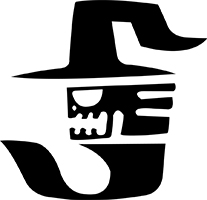 Crime Sorciere's primary goal is to defeat Zeref while eradicating Dark Guilds along the way. It is comprised of former dark mages who, seeking redemption, trained excessively to be able to face and defeat Zeref when the time came. Their guild logo is a bearded skull.