A Beginner's Guide to Being Chuunibyou

A description of what chuunibyou is, why characters fall into this "illness" to protect themselves, and how you can pick up the chuunibyou lifestyle yourself if you so choose!

Foolish mortal, you have carelessly stumbled into the realm of shadows, which I alone command! But fear not, mortal, for I am as merciful as I am powerful. I shall spare you and make you into one of my servants instead of extinguishing your life. Now, lean in closer to hear the ominous whispering of my bloody grimoire so you may be bestowed with the same dark energy! The power of...chuunibyou!

...Aaaand that would regularly be my cue to pose dramatically and let out a convincingly evil cackle. However, if I went that far, I'd have to slam my head into a brick of concrete to get rid of the embarrassment. Forgive me! I'm admittedly not actually a chuunibyou filled with enough glorious self-confidence in my magical powers that I could pull all that off with a straight face. However, I promise you won't leave here without thorough knowledge about what a chuunibyou is and how you can relive those passionate days of youth yourself. 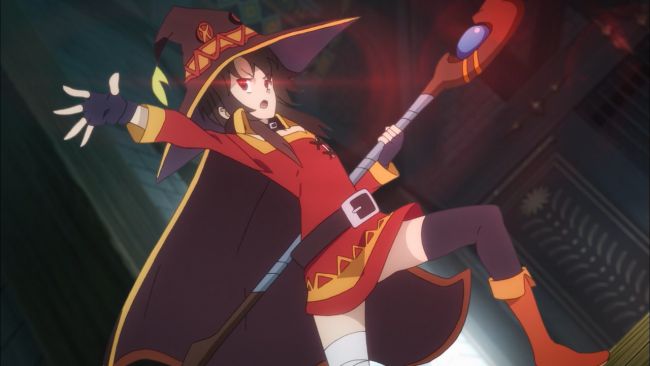 Essentially, someone suffering from chuunibyou (literally translated as "middle school 2nd year sickness") has delusional beliefs about themselves and the world they live in. The beliefs vary from person to person, but they tend to craft a fantastical world full of magical powers, monsters, demons to make up for their boring, quotidian life at school. They also tend to look down on anyone who doubts their abilities, making them very difficult to deal with unless you're on the same page as them. Even logical attempts to convince them that they don't have magical powers (and as you can imagine, there is overwhelming evidence for this) will fail, as they stubbornly cling to their beliefs with a fierce passion.

Some famous chuunibyou characters you may know are Rikka Takanashi (Chuunibyou demo Koi ga shitai!), Kanzaki Ranko (The iDOLM@ASTER Cinderella Girls) and to a lesser extent, Megumin (Kono Subarashii Sekai ni Shukufuku wo!). Megumin genuinely possesses magical powers, so she isn't entirely delusional about her abilities. However, she has a full-fledged chuunibyou attitude that even irks her own teammates at times. She also still makes bold claims about herself that aren't true, such as stating she never has to use the bathroom. Yep, still delusional! 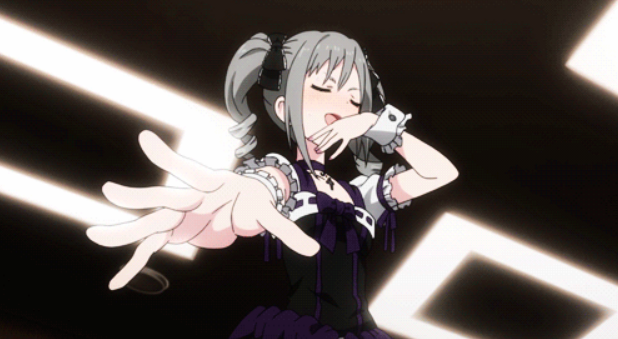 These girls are obviously very extreme cases, but in real life, a lot of people have their own chuunibyou stage. For example, my chuunibyou stage consisted of wearing a long white scarf at all times, and telling people I was a vampire. I had two friends who said they changed into wolves at night and another who was 100% convinced she was a Ponyta from Pokemon in human form. She used to neigh and only eat carrots in public.

It's hilarious (and kind of mortifying) to think that we used to be so dumb as kids, but the chuunibyou stage is a normal part of growing up. Chuunibyou naturally coincides with a stage of life where you're full of imagination, your brain is rapidly developing, and you're only just learning how this whole "life" thing really works. Afterwards, most people look back at this stage of their life and sigh wearily, wondering how they could ever come up with such corny concepts. How could you possibly trick yourself into living such a blatant lie? I think the very essence of chuunibyou is knowing that the imaginary world you're creating isn't true, but believing in it anyways. These kids aren't experiencing some early-onset psychosis that needs clinical attention - they just want something that allows them to cling to their youth before puberty kicks the door down. Although it seems silly, chuunibyou actually functions as a convenient defense mechanism to shield youths on the cusp of maturity from the stress of the adult world. And boy oh boy can the adult world be stressful, especially when you don't know what it has in store for you yet. As long as chuunibyou doesn't last too long into adulthood, it's a perfectly normal outlet for kids to express their feelings.

So, if you ever want to relive the golden days of standing on high grounds and cackling at your enemies while you threaten to put a hex on a bully you hated, then this is how to do it.

How To Be Chuunibyou 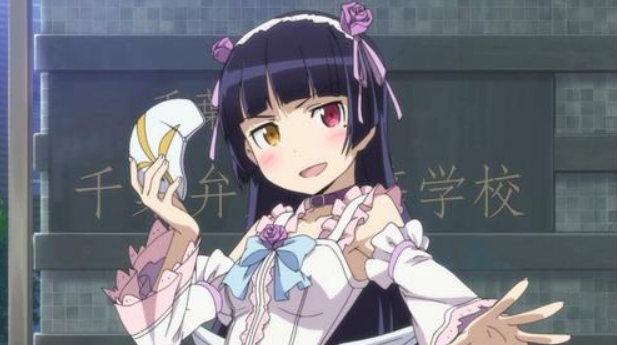 "A rose by any other name would smell just as sweet"...except not. Don't listen to that Shakespeare hack. A cool name is absolutely everything if you want to be the coolest Chuunibyou out there! Therefore, the very first step to making that perfect first impression is coming up with a name that strikes fear into the hearts of your enemies. My suggestion? Go with Dark [insert evil-sounding noun here][insert another evil-sounding noun here]. For example, Dark Bloody Shadow or Dark Calculus Test. Anything that would make a good 90's MSN Name a la xXxcrimsondemon89xXx style would work fine as well. The choice is up to you, but make sure it sounds ominous and as pretentious as humanly (or inhumanly) possible. 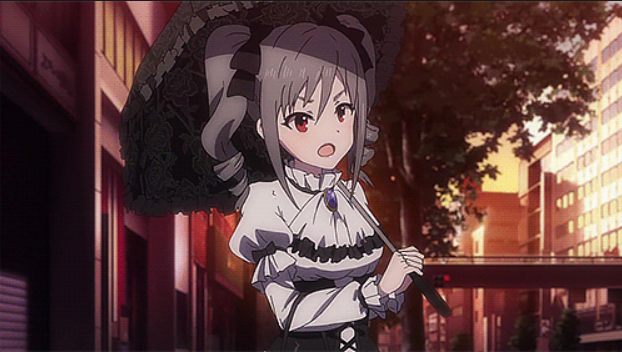 A good master of the art of being chuunibyou has a whole backstory, main story, side story, and mascot spin-off story about how they came to be Dark[cool name] [cool name]. Basically, make up a convoluted and impossible to follow story about where your powers came from and what they are. It's also nice to pick a theme for your persona, such as gothic lolita, so you know exactly what to wear to stay true to your chuunibyou self.

Advanced Tips: Once you've worked it all out, scrawl your entire story out on sheets of lined paper and staple then together into a tome...which you also must name. I honestly hope you came prepared with a lot of sweet names. 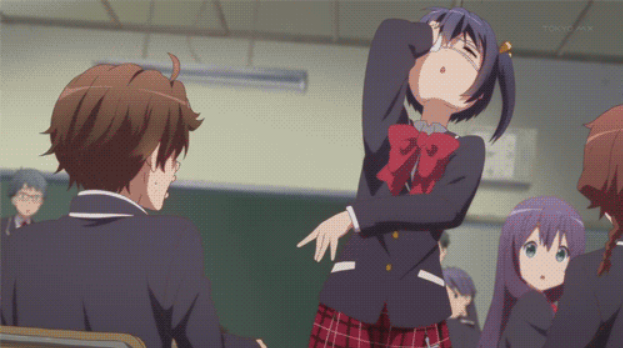 How else will you contain the inner demon that is ravaging the very corners of your soul? No one must know what you harbour within! Be sure to scribble a conspicuous seal on your body to keep that badboy in check. You may also wish to wear an eyepatch as a potential restraint for this aforementioned demon. Now everyone will know that you are keeping a secret, but they won't know what it is...Except you will likely constantly tell them about this demon to be dramatic so it's not much of a secret.

Advanced Tips: Almost every good-for-something chuunibyou has a demon they rely on for power. Even though you went through all this trouble to seal it up, make sure you actually call it out sometimes to show off your magical abilities. Having an evil force lurking within slip out at times just proves how edgy and mysterious you are. Make sure everyone in the general vicinity notices when the demon inside you runs rampant. Trust me, everyone is dying to know, so just wail as loudly as want no matter where you are at the time. 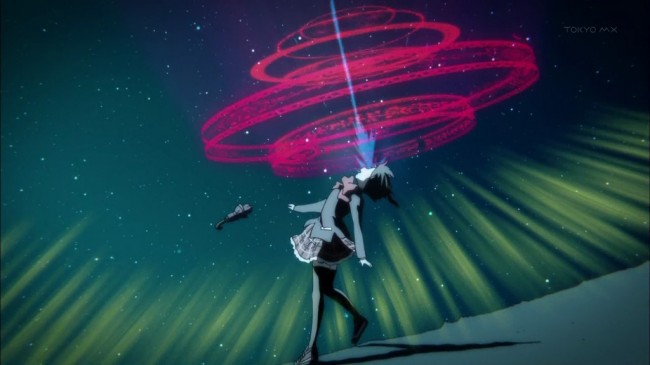 A signature weapon makes a bold statement, although this one is optional for magic users who simply cast their magic by sticking their hand out emphatically at whatever they want to blow up. Ideally, you should make your own. However, with enough imagination, even a random stick or a scarf can be a formidable weapon. You may also consider just having cool props that don't do anything functional, but still add a little something extra to your persona. You can never have too much glitter.

Advanced tips: Just make sure you don't go out and legitimately buy a weapon, because that doesn't count. It just doesn't. Do not question why. 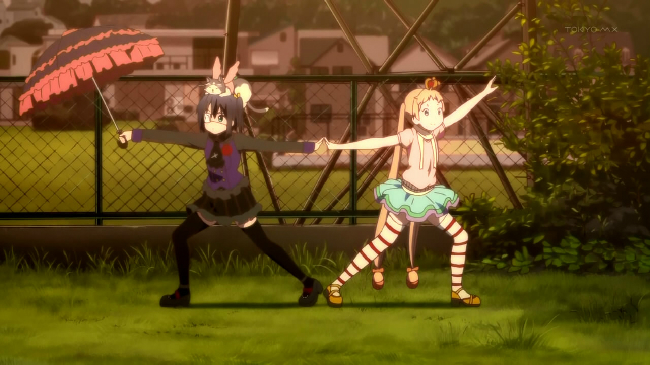 This is the final step. Once you have gained notoriety for your unparalleled abilities, you can start to attract new followers of your clan. Find other like-minded crazy people/pets/family members/imaginary friends to join you in your quest for a true chuunibyou life that extends well into adulthood.

Advanced tip: Being chuunibyou isn't for everyone, so don't force it. In fact, if ever you feel like this lifestyle is too much, just return back to your everyday life and pray that no one mentions this embarrassing phase of your life ever again. But if you ever want to feel like a kid again, don't be afraid to believe in magic, even if just for a few minutes when you're staring wistfully into the night sky.

About Overcooled of Metanorn:
A neuroscience graduate, black belt, and all-around nerd. You'll either find me in my lab or curled up in my rilakkuma kigurumi watching anime.