Don't you just want to help her onto her feet so she can try again? 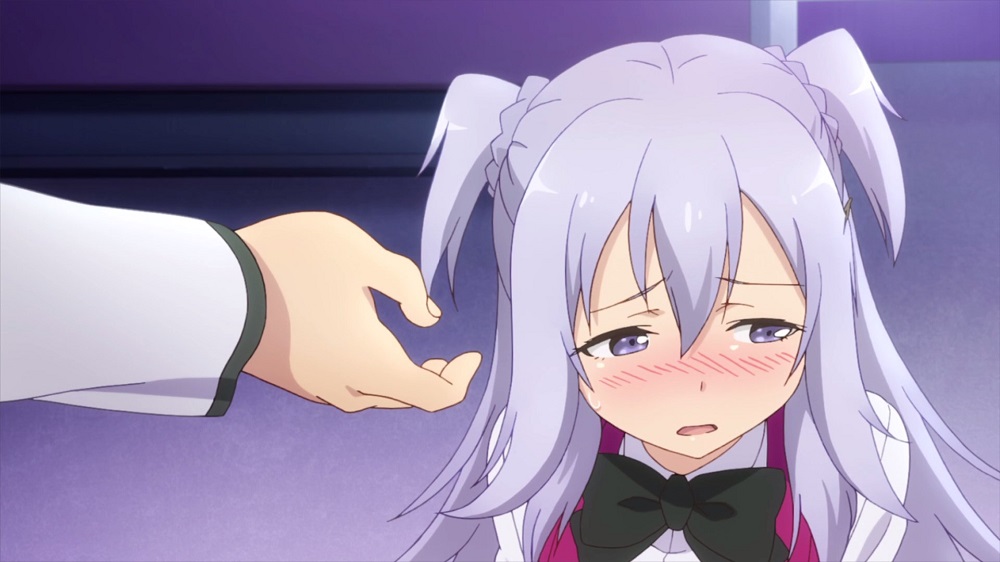 After watching anime for some time, you may begin to notice that some characters seem similar to one another in their actions and personalities, even if the deeper qualities for said characters are unique to the story and them. The fact is that the progression of anime has led to the creation of archetypes for characters. These similar traits and habits link the characters to how we see and relate to them.

In this article, we’ll focus on three different elements of the popular dojikko anime trope:

What does it mean to be a dojikko?

To understand dojikko, we must first define it. Breaking it down in Japanese: “Doji” means to blunder or to be clumsy, while “ko” can mean child or simply be a feminine suffix. When combined, the additional “k” in the middle is added due to Japanese word structure, forming to make the term “dojikko”.

In literal terms, dojikko means a blundering youth or clumsy child, and can apply to both males and females. But, in the context of most anime, it specifically refers to young women who are clumsy in a cute way that is downright precious.

In a school setting, a dojikko may be a bookish girl that wears glasses, who constantly carries around more books or school supplies than she can handle. The moment she trips, she ends up losing her glasses and can’t see a thing. She frantically feels around for them, tugging at the audience’s heart.
In a scenario set in a manor or café, the dojikko may be the maid or waitress that inevitably trips over her own two feet while carrying something to the person she’s serving. This ends up spilling whatever it is they were carrying, making their efforts at providing excellent service for naught. Yet, despite it being clear that she would be better off not even bothering, she gets up, apologizes, and then tries again while the audience cheers her on.

And, to not beat around the bush, the dojikko can often be a reliable source of fanservice in a story that is catered to that fanbase. All it takes is one good fall while the girl in question is carrying some kind of liquid, and you have wet shirt outlining their figure, or an ecchi situation with the main character.

Let's compare the appeal of the dojikko to other anime archetypes!

Now that we have a definition for what a dojikko is, let’s look at how it stacks up to other popular archetypes and the contrasting appeals to the differing audiences.

One popular archetype is the tsundere. This anime archetype is seen in a character who goes between caustic and sweet, initially being cold to the main character and then gradually warming up to them as a repercussion of their actions. A non-romantic, rare male example of this can be seen in Ookami Kodomo no Ame to Yuki (Wolf Children: Ame and Yuki), where the 90-year-old Nirasaki is initially cold to Hana, but gradually opens up and teaches her how to farm the land. A popular romantic example would be Rin Toosaka from Fate Stay Night: Unlimited Blade Works, who gradually opens up to Shirou and shows him her softer side more unashamedly.

The appeal here over dojikko is that the tsundere in question often has some tragic reason for becoming the way she is, making fans hope for something good to happen to that character to offset all of the troubles of their past. In contrast, a dojikko is usually clumsy by nature rather than circumstance, and we find that charming and adorable as long as she doesn’t get hurt.

Another popular archetype is the concept of moe. Often this is a character, usually a young girl, who is so innocent and cute, or has gone through so much, that it makes the viewer want to reach into their screen, tuck the character into their arms, and shield them from the world they find themselves in. Some famous examples of this type of character are Komoe Tsukuyomi from Toaru Majutsu no Index (A Certain Magical Index) and Nelliel Tu Oderschvank from Bleach in her child form.

Where they differ is that the moe characters are meant to tug at our motherly instincts, calling to the protective nature within us in everyday situations. In contrast, a dojikko is not seen as merely precious because of their innocence, but rather because of their constant slip-ups, making the viewer want to encourage them, not just save them.

Now, as mentioned, dojikko can encompass many different character behaviors and actions. This small list will show some examples: 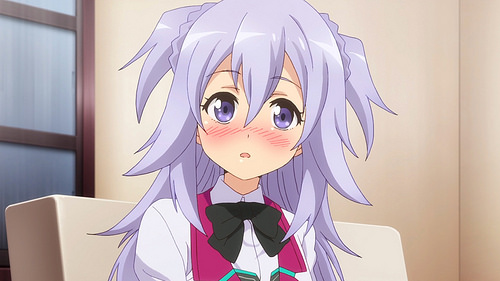 Kirin is considered the best fighter in her school (right up until she gets beaten by the main character). However, outside of it, she’s a shy and submissive girl that tries to remain cheerful, despite the reason she fights being sad, and has several bouts of being clumsy enough that she serves as the source of a fair amount of the series’ fanservice. 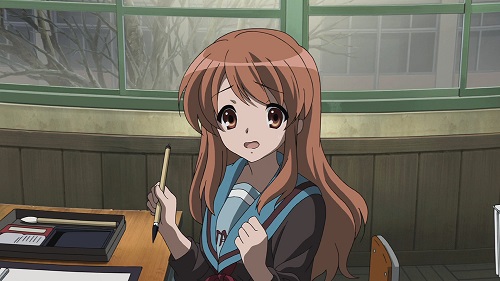 The Haruhi franchise is one of the most well-known dojikko, due to the fact that she can be naive and clumsy to the point of helplessness. Not only that, but she practically embodies the moe archetype as well, due to her timid nature and the way she’s being constantly bullied by Haruhi. 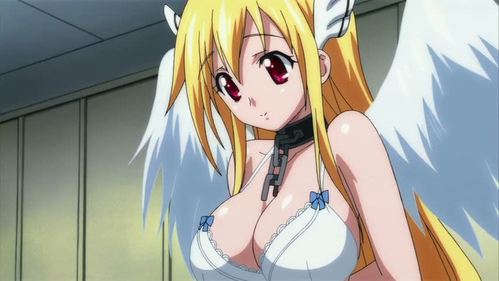 In Astraea's case, her clumsiness comes from a lack of intelligence—as in it is literally her lowest parameter. She doesn’t understand a lot of things on the planet, meaning she struggles to take care of herself despite wielding enormous power. She can’t even forage for food in the wild without inevitably running into trouble, and you just can’t help but think it's adorable and pitiable at the same time. 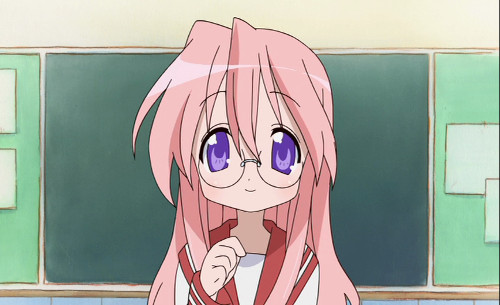 Our last entrant is one of the most dandere characters in anime. An ace student at the top of her class, Miyuki is actually prone to spacing out because she thinks too much and even goes on to show how she makes many mistakes, such as tripping over herself when trying to catch the train and bumping her head while trying to decide which contacts to get. Being self-aware of different archetypes, Konata promptly points out that those are various qualities that make her fall into the dojikko category... and she’s absolutely correct.

You are now a dojikko master!

So, hopefully, you have now mastered the art of dojikko. Take a helpful word of advice from these clumsy cuties: living is about getting up, no matter how many times you fall down. And these girls know a lot about falling down. Thanks for reading.