Anime
byRenn
Aug 13 2022, 3:11 PM | Updated Aug 20, 5:58 AM
What started as a simple parody of Journey to the West, Dragon Ball quickly grew with sequels, specials and tie-in movies being made, it arguably became more famous globally than the story it originally parodied.

For a more detailed breakdown, including the specials, movies etc and when to watch those, see my list below.

I have also included all of the other movies that are non-canon and filler, but I will be listing those at the end because they don't really line up with the canon content anywhere cleanly, and introduce a lot of plot holes if you do try to make them fit. I do think they are still worth talking about though, as characters, transformations etc, are still ones that regularly make appearances in games and other media to this day. There's also the chance they could be reincorporated back into the canon in some shape or form in the future, such as they already have done with Broly.

What we can do with them is take into account characters current strength level, or age / appearance during the movies, and vaguely line those up with the main series' arcs, for you to watch them as a non-canon "what if" bonus story after each arc. Or you can just leave them as their own seperate thing and not worry too much about them.

TV, 1986, 153 eps Me:- Author:8
What started it all. It can be a little slow to begin with, especially for those expecting huge battles that the series has become known for. But if you care about the characters at all, this is essential to know where they came from and why they are the way they are. Plus there are some fantastic arcs in OG Dragon Ball that would be a crime not to watch.

Dragon Ball: The Path to Power

Movie, 1996, 1 ep Me:- Author:8
Some slight changes, but essentially a retelling of some of Dragon Ball's early arcs, with much better animation. Not a full replacement for the original, as it doesn't cover every major arc, but a decent alternative for those who really don't want to watch OG Dragon Ball (even though you really should) but want to know the characters origins, or just anyone who wants to relive some highlights of early Dragon ball.

Movie, 1989, 1 ep Me:- Author:5
This is the only filler movie that I'm going to include with the main content, simply because it sets up a filler arc in DBZ that won't make as much sense without the context from this movie and it's villain first.

Watch in-between Dragon Ball and Dragon Ball Z, or if you plan on skipping filler arcs, or just plan on watching Kai, then you can just ignore this too.

TV, 1989, 291 eps Me:- Author:9
Ok, here's the big one. The sequel to Dragon Ball is the one everybody knows, and for a lot of people, one of the first anime they ever watched. A classic in every sense of the word, though there are parts that haven't aged as well, like it's awful pacing. Thankfully, if that bothers you, there is an alternative...

TV, 2009, 97 eps Me:- Author:8
An alternative to DBZ that waters it down by cutting out a tonne of filler and episode padding. It's arguably a better experience for newcomers, but many do think it cuts a lot of the originals charm as well.

Either watch DBZ or DB Kai, it's up to you which one you go with. (Or if you're a completionist like me, you'll end up watching both anyway).

Special, 1990, 1 ep Me:- Author:8
The first of two specials that directly relate to DBZs story. The first tells the story of Gokus father, Bardock, and the history of the Saiyan race. Should be watched after DBZ episode 86 or DB Kai episode 42.

Special, 2011, 1 ep Me:- Author:4
Technically fits in here, I guess. A (probably non-canon) continuation of Bardock's story. I wouldn't recommend watching it until after you finish the Frieza Saga however.

Special, 1993, 1 ep Me:- Author:9
The second special is all about Trunks' past and directly ties into the android saga. You could arguably watch it right after the Frieza arc, but it's better to hold off until Androids 17 & 18 are first introduced. Watch after DBZ episode 133 or DB Kai episode 64.

Dragon Ball: Yo! The Return of Son-Goku and Friends!!

Special, 2008, 1 ep Me:- Author:6
The next couple of movies, as well as all of the DB Super content all take place after the Buu saga, but before DBZ's epilogue (which is DBZ episodes 289-291 or DB Kai episodes 166-167). I don't actually recommend watching it completely chronologically on your first watch though, as DBZ's epilogue is intrinsically tied to the end of the Buu saga. This is more just to make you aware of where all of these fall on the timeline in relation to DBZ.

This special was technically the first entry in Dragon Ball's revival, and is referenced later on, making this a part of canon.

Movie, 2013, 1 ep Me:- Author:9
Dragon Ball officially returned to the screen in 2013 with the Battle of Gods movie, which takes place shortly after the defeat of Buu.

Movie, 2015, 1 ep Me:- Author:8
A direct follow up to Battle of Gods, this movie sees the revival of one of the series' most infamous villains.

TV, 2015, 131 eps Me:- Author:8
It wasn't long before they decided to capitalise on Dragon Balls return with a new series, titled Dragon Ball Super. (Its actually the second time they've tried to create a sequel to the successful DBZ, but we'll get to that soon.)

One more thing to note, Super began it's run by re-adapting the prior two movies, Battle of Gods & Resurrection F, into it's first two arcs, on the off-chance that any Dragon Ball fan happened to miss them, I guess? Personally, I think those stories were designed to be movies, and stretching them out into a full cour of anime each just doesn't work the way they intended.

The two movies, as well as a couple of filler episodes, make up the first 27 episodes of DB Super, so if you've seen those, you can just start Super beginning from episode 28.

Movie, 2018, 1 ep Me:- Author:8
This is an interesting one. A direct continuation to Super, that takes one of the villains from the old filler movies, reworks his backstory and fits him into Super's canon. And it makes for one entertaining movie.

Movie, 2022, 1 ep Me:- Author:9
The most recent addition, as of writing this, takes place several years after Super, edging ever closer to the time of DBZ's epilogue. It focuses more on Piccolo and Gohan, (thankfully) instead of just casting Goku and Vegeta in the leading roles yet again.

TV, 1996, 64 eps Me:- Author:6
Dragon Ball GT was the original attempt at a sequel to Dragon Ball Z, long before Super was released. Reception is generally mixed, though there are some unique ideas and characters.

GT has always been a bit of a grey spot in terms of canon, as the original creator, Toriyama was barely involved. It *could* still fit alongside both DBZ and Super, if you head-canon it enough, as GT takes place a couple of years after DBZ's epilogue, compared to Super that chose to take place before it, opting to fill out the events that happened during the timeskip. Obviously, there will be some power ups and characters that will oddly be missing from GT if you decide to watch it like this, due to the simple fact that they just weren't created back when GT was released.

Special, 1997, 1 ep Me:- Author:7
An expansion on the final episode of GT, following one of the descendants of Goku, long after the original cast are gone. Arguably some of the best writing that GT gave us.

Adapts Goku's origins and the introduction of the original set of characters before branching off into its own original story.

Movie, 1987, 1 ep Me:- Author:-
Starts with Goku's training under Master Roshi before branching into an original story.

Watch after the Tournament arc, roughly episode 28+ of Dragon Ball.

Movie, 1990, 1 ep Me:- Author:6
Onto the DBZ movies now, and unlike OG Dragon Balls, tend to avoid adapting their story around canon events.

Movie, 1992, 1 ep Me:- Author:7
Several new androids, that weren't a part of the original story, show up and wreak havoc.

Movie, 1994, 1 ep Me:- Author:7
The second Broly movie, this time instead of starring Goku, it focuses on Goten, Trunks, Gohan & Videl

Watch after the World Tournament arc, roughly episode 219+ of Dragon Ball Z, (or just not watch it at all).

Movie, 1995, 1 ep Me:- Author:8
Generally a fan favourite, expanding on the idea of fusions that were introduced in the Buu arc.

Watch after the Buu arc, roughly episode 287+ of Dragon Ball.

Movie, 1995, 1 ep Me:- Author:8
The final, and my personal favourite, non-canon movie. Focuses on the relationship between Trunks and the new character, Tapion.

Watch after the Buu arc, roughly episode 287+ of Dragon Ball. 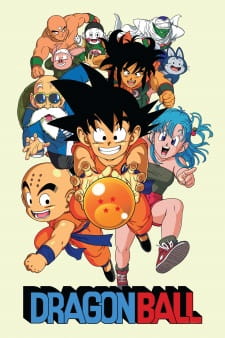 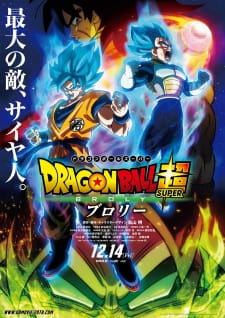 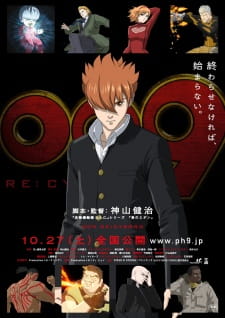 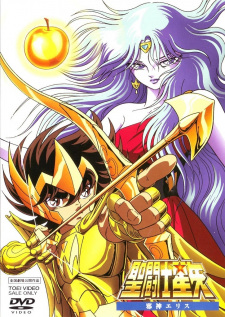