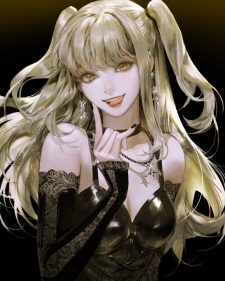 Kurt_Irving Jul 25, 2020 9:41 AM
You're welcome! :) don't know if your birthday was amusing, but everybody I know had boring birthdays between late winter and this season. Even the lady Hiromu Arakawa had a boring birthday this year.

Anyway, I used to think that the virus as of late came from a wet market, but with the wet market already reopened in China, everybody can tell that it came from someplace more random. So everything about the disease is random and wet market my ass. It's like the CCP were paid to play us and make us believe that it came from a market selling out meat, which brings back the phrase "money walks, bulls**t walks".

Speaking of BS, a lot of entertainment is still delayed, even Digimon Survive, which my friend wants. Namco should have released the game last year and FOX should have released New Mutants about two years ago. Before the virus happened and before Disney got so excited about making future X-Men movies to a point that they edited New Mutants for nothing. Imo, that's disrespectful to Josh Boone and the work he put into the film.

Disney is so nosy and the only thing they're good for so far are superheroes. They fail at doing Star Wars, animated films, films based on true stories and so on. Well, now they do.

So basically, this year of the rat is stupid and I don't expect the year 2032 to be any better.

Kurt_Irving Sep 16, 2019 1:17 PM
Hey Peach! how are you doing? I'm almost cured of my cold. One of the reasons why I watched so little anime these days is because they're tiresome and derivative. Battle shounen as well as VN adaptations and LN adaptations did a number on my drive or inspiration to watch more anime for years.

It's like every year, anime have to be based on the most basic, most stale literature ever. Everyday Japanese literature is like so five minutes ago.

Kurt_Irving Sep 7, 2019 11:07 PM
Yeah! not a big fan of chemistry myself and my busy friend here SoulEaterQueen, aka Alice, said that she's a chemist, but finds the job really stressful.

Good thing I won't be learning chemistry for business, I just don't see the connection. One thing I don't like about math are mixture word problems (the ones about solutions), too much writing needed compared to word problems for business and geometry (those are fun, since I see points, lines, angles everyday, even in drawing).

I also feel apathetic about conic sections, discrete math and linear algebra (its pre-requisites substitution and elimination method are bull***t since my high school days), all of which I don't need for business.

So yeah! even business majors have a love/hate relationship with math and I also believe that any math that is subjective to the world of business is better suited for nerds.

Kurt_Irving Sep 5, 2019 9:44 PM
Oh! I see and as for me, I have to take remedial math (with business calculus as my goal) so that I can transition from maintenance to business. So basically, I'm tired of maintenance work and fixing cars.

Education isn't that bad, which is significantly better than working in a repair shop.

Kurt_Irving Jun 21, 2019 11:19 PM
Okay! so I'm done with Lupin part V and Ami wasn't some basic anime character just thrown in the mix, so yeah! I literally enjoyed it. Now I'm gonna continue with Fafner Exodus season 2 and the character struggles are portrayed in a way that's atypical to anime so far.

MysticGod Jun 18, 2019 3:58 AM
Can't believe you had not watched it watched it till now. lol It is no. 1 anime of all the time. Happy you liked it. There is only two other anime which are gooda s that one. 1. Steins;Gate and Code Geass, If you have not watched those, watch them

MysticGod Jun 16, 2019 6:14 AM
I like Isekai, Mystery, Comedy, Super Power, Action, Adventure, Fantasy and Magic | My Most liked anime are Steins;Gate, FMA B, Code Geass, Re:Zero, Danmachi, Noragami
All Comments