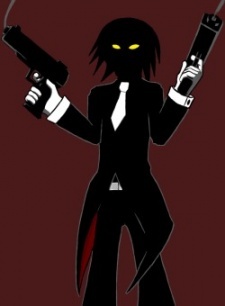 shreku-chan Jun 11, 10:01 AM
umm....there is something called onepace. that's where i watch one piece and it's 1000 times better than trash toei adaptation. maybe you should give it a try?! to put it shortly onepace is more close to manga than toei's adaptation, and the paceing there is not awful. they have everything after water 7 arc.

Ryuseishun Jun 6, 10:32 AM
By chance I came upon your prelim review of 86. I’m glad to see that your reception of it has been quite positive so far.

OverratedAnime Jun 2, 9:12 PM
Your drill is the drill that will pierce the heavens!!! I fucking love ttgl

ArudaSenpai Apr 25, 2:18 AM
Nice One Piece review man. I was getting sick of seeing "It has to be slow to be good" (You probably know but I can't tell how annoying is that :/) And it seems to be a lot of fanboys are crying in your comment section nice job :d
Also you got an very unique taste. Have a good day man.

UlightronX42 Apr 20, 6:18 AM
Ok, you at least made a better review than that Lord_Rustah asshole.