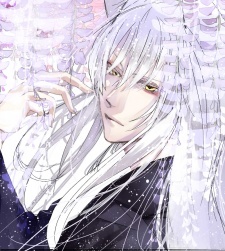 Meltingcrows Nov 2, 2020 8:49 AM
wow i love the way you leave reviews. great structure and you convey the premise so its easy to understand without giving away much!

Indeed u r right nowadays all the anime's contain explicit content instead of some actual fun aliment and people's like it............ewwwww

I just finished watching Kaiji: Ultimate Survivor ( quite a good & reasonable anime with enough action and suspense to keep u at the edge of the seat to find what next. Anime is all about man's struggle in life and how he always overcome life and death situations )

Currently i am watching Ghost in shell ( a good anime but not v.good ) & lupin-III ( action, adventure, flirt, suspense- all the spices u want from an anime especially it's movies )

yogotah Jun 24, 2014 6:18 PM
OMG! The last three episodes of One Piece that I just watched were EPIC (187, 188, 189), the backstory of Norland and the Shandian was amazingly well done. It was just beautiful. I didnt think I would enjoy a backstory right in between the climax of a fight (Luffy vs Eneru) but these last three episodes had to be hands down the best of the arc. I was heartbroken by the despair at the end of Norland as he was getting executed.

jainakash0123 Jun 17, 2014 10:01 PM
Last 2 month kind of sucks bcz of work but now i have time so i am gonna watch lots lots of anime.
Psycho-pass is good anime no doubt but little off from my liking.I like action (intense if possible) with humor like Baccano!, Beelzebub, magi..ectc.
Gintama & beelzebub, i have already finished nad really liked it.

jainakash0123 Jun 17, 2014 3:53 AM
hi,how's u doing?
i have finished psycho-pass & noragami and i would love to say thank u for suggesting such a lovely anime specially noragami otherwise i wouldn't have watch it.
And as for psycho-pass it's good but not as good as i was expecting.You know i can't compromise when it's comes to action but little action with humor will work with me like noragami.

yogotah Jun 10, 2014 1:09 PM
Hey! I hope that you had an amazing vacation. Magi was really good, thanks again for giving me the urgency to get to it. The only one thing that I didn't like about the second season is how they kinda of rushed through the training stages of the three main characters. We didn't see any of Morgiana's development, very little of Aladdin, and very few of the training that I really wanted to see from Alibaba. It makes sense since they had so much information to cram into a season, but I really enjoyed those glimpses that we caught of their training. Hakuryu is certainly the Sasuke of Magi, but maybe even colder. The way he sliced that woman head in the first few episodes were really dark. A Kou empire arc will be awesome.

I tried Fairy Tail. Unfortunately, it was really arduous for me to even get through three episodes. I stopped midway through the third. I found the anime to be extremely simple and cartoonish. At what point does it get better? or will it keep this repetitive and annoying dialogue with cartoonish action? I'm not going to completely give up on it yet, because a few years back, I watched Hitman Reborn, and it started extremely slow. It took until the 20th episode for the real plot to start kicking in, alot of viewers were gone by then, but I stuck through, and Hitman Reborn is one of my favorite shounen. I really like it. Maybe Fairy Tail is similar?

I also didn't like the ending of White Album, I thought the first five episodes, all the way until the festival was over were masterpieces of episodes. The character enamored me, and the music was awesome. I think after the festival, it got a bit repetitive, and then slowly dissolved from my taste, with the culmination being the last episode,especially the first part of it. I didn't enjoy the sex scene. It left a really bitter taste in my mouth ( a similar feeling that school days gave me, though those two anime are completely different from each other). But I still rated the anime a 9...because even though the ending was controversial, I can't deny the quality of the anime, and like you said, stuff like that happens all the time in real life.

Lol Unfortunately, I am not a soccer fan. I have a cousin who plays professional soccer in France, but that's the only contact that I have with the sport. I'm more of a basketball fan, and there's actually a game tonight that I am really excited for (Heats vs Spurs). Are you big soccer fan? Who are you rooting for?

yogotah Jun 5, 2014 8:16 AM
I'm just like you. No matter what I have going on in life and how busy I get, I generally cannot go a day without watching anime. It's my second favorite media form, the first one being music. I don't watch tv shows nearly as much as I watch anime, and a lot of my friends think it weird haha

Just finished Magi, and it didn't disappoint! The last four to five episodes were just all action packed, but also emotional. I think I enjoyed this season more than the first one. I was really happy to see Titus come back, and shocked to see Haryuku detracting to the dark side. I hope that he doesn't become a major villain later on, I like him and I do think that he's justified in wanting to avenge his family and destroy his 'mother' but the anime is making it seem that it's the wrong choice and he needs darkness to do it. Hopefully, we can get a third season soon, I look forward to it. I'm not a big fan of reading manga so that's not really an option.

Wonder if I should get to One Piece today, or start Fairy Tail, or maybe even look for another good shounen anime...I'm conflicted, what do you think?

You finished White Album 2! That was a really good anime, though there were parts that I didn't enjoy, what did you think of it?

And I'm on episode 7 of magi, probably will finish the season by tonight or early tomorrow.

The animation is SOOO well done, I've been really impress with how big the fights have been. Sinbad against Princess at episode 3 was epic. Looking forward to more awesomeness.

After Magi, I think I'll go back to One Piece. I took a small break from it.

I'm also getting pretty busy with work, summer school, and friends wanting to hang out. It's pretty hectic but I try to make time for anime. It helps calibrates me :)

I just finished Toradora! yesterday night, and rated it a 10/10. I totally didn't expect it so be such a great romantic comedy/drama and it struck a chord. However, after completing Nisekoi and Toradora!..I have become ready to move on from romance for a while and go back into more shounen anime. I'm currently watching a bit of Hunter x hunter, will probably stop at episode 110 ( I don't want to catch up to it yet haha) and Magi was the anime next on my list!!

I can't wait, i'm so excited. I'll probably will be getting to it as soon as tomorrow morning. I will let you know my progress and what I think of it.

yogotah May 23, 2014 6:31 PM
Lol I love writing (almost became a writing major in school, but changed my mind) and can sometimes get carried away with it.You are right though, there is much to communicate about when it comes to anime.

You rewatched OP in three weeks?! That's amazing!! Did yo do anything else during that time, like study or work, or anything?! Oh my gosh, my friend told me it took him a month and two weeks to catch up to OP, and I was impressed with that. But three weeks? You must have lived and breathed One Piece. You must really love that anime. I think it's really good too. Luffy got on my nerves at first, I thought he was a bit too clueless, but now he's one of my favorites. He's so determined and has such loyalty, it is inspiring. Zoro is my favorite character of the anime.
The Drum arc when Tony Tony was introduced had me shedding waterfall tears, I don't think I've cried so much in an anime since Clannad after story (which you are watching :) ) Some of my friends think it's feminine to cry, but really I think that if an anime has the capacity to make you feel for its character that much, then it is a masterpiece.
I hope that the anime can continue this quality.

All right, psycho pass and Kaku Valvrave will be on my to watch list. I always give an honest attempt to the animes on that list.

I also need to catch back up with naruto, I'm keeping up with the current manga, but not the anime.

If you're into romantic comedies, Nisekoi is a current anime that has really been good, I think it's hilarious, and also mysterious. It's a chill show, if you have down time and want a break from the constant fighting of shounen. I like to mix it up.

Wow you finish your series quick. You finished Magi and Clannad in less than two days. Amazing.

What did you think of it? I love both series. I still haven't seen the second season of Magi yet, however.
All Comments