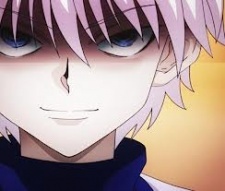 tenshimoonbunny May 19, 4:18 AM
I came here to say I loved that you opened with an Albert Camus quote in your Beyond the Boundary review, thought maybe I could find something new to watch in your list but it looks like we might have more in common with books than anime ;) I never have an affinity with anyone on MAL but -9.2% is a first!

He's now a Philosophy Dr in Engineering, and my senior :)

Morcys Jul 25, 2018 12:18 PM
Rock Lee was born without any talent, but his conviction made him a winner. he learned every weak point in his body, but he never learned how to succumb to them, because for him, losing was never an option

Morcys Jul 22, 2018 11:20 PM
If you decide to read the manga, I assure you that you will not regret it.
By the way, Rock LEE was also one of my favorite characters. it's a shame that in Naruto Shippuden, the character was practically ignored.

I never had that thing before , but I installed it the moment I see you mentioned it =p
my username still the same with an additional letter 'z' , sebastianz333 (i'm sure you are going to be my first contact in snapchats lol)

yogotah May 27, 2017 10:15 PM
I love how HxH is one of your favorite anime, it is my favorite, so I believe that we have a similar taste. It's interesting that you've heard that the second season is better, I usually hear that about the first. For me, since its the same story, it's hard for me to demarcate. But if I had a gun to my head, I would probably choose the second season too, while it is a bit weird, everything turns out pretty smoothly. Definitely take your time with that.

Kanon is really good..it's been a really long time since I've seen it..think I was like a freshman in college haha but if you like Kanon, you will surely Clannad..which is considered to be a superior version of Kanon (made by the same people). Totally different genre, so let me know if you enjoy it

The pacing was faster than I'm used to, but it really made the series stick out to me. Also, the number of cliffhangers and Deus ex Machina's are ridiculous but quite entertaining to watch.

From what I hear, the second season is better on all accounts. I'm planning on watching it next month. I didn't expect to fly through the first season as fast as I did, and I plan on savoring the second in a season where I'm a bit less pressed for time.

An anime that you watched that I added to my "Plan to Watch" list is Kannon (2006). It looks different from the shows I normally watch and I see that you rated it highly, so I will definitely watch it as well when I have some spare time.