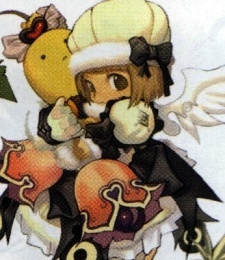 Seyfert Dec 2, 2018 3:38 PM
How could most people like Oscar's love affairs if they're mostly tragic?

I would like to discuss things with you, but that's ok.

SleepyBear Nov 4, 2012 8:37 AM
Hi, like the commenter below, I'm also wondering where you read Phoenix (Hi No Tori). I've been trying to find the English translation everywhere but since so many of the volumes are out of print they are too expensive for me to buy... (For example, vol 1 is around $100 on amazon...) Thanks!

just saw u made an awesome group for those who hate emo characters. but imo u got emo term kinda wrong or perhaps i did. just because a person is sad and cry dosent mean he is emo. even tho i know emo come from emotional. reason i think so is that i dont think Kira is emo. and u ranked him as number 3 emo. But i think people like Tsukasa which is added from .hack//Sign is emo. And he is emo retarded only whining wanna be for himself and just is freaking annoying and just made me hate .hack//Sign. Kira dosent go around saying: leave me alone, dont talk to me, dont look at me, dont follow me, all the fucking time. he just cries to much.

but an awesome group nevertheless =)