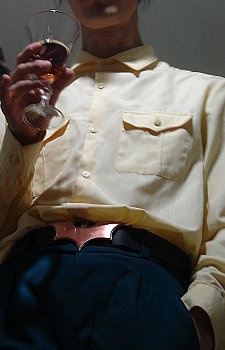 KiliianSleipnir Oct 19, 2020 12:18 AM
yeah i think the internet here has (pre covid) collapsed 'store front' geekery. unless you're in a seriously high traffic, big income, city. 'the socializing circles' can expand and contract more easily online than sitting in a store or tables etc. 'cross pollination' of ... "hey you like -blank- wanna try -blank-?" is easier online too.

but yeah, there is something to gathering at a central location and 'face time' with everybody in your circle. but these days, that's just too risky. and the longer 'these days' go on i think the further and further we'll spread everything into 'technologically enhanced lifestyles'. sure if '100% treatment/100% recovery' then 'vaccinations' starts/happens PERHAPS human society will rebound. shrug. i wouldn't know. bird flu and swine flu and SARS doesn't seem to have caused ALL socialization to turn into... 'back away, back away, you might have the plague of the moment!' elsewhere or even here in the US. but. here, we're kinda dumb about it. hahaha! yeah.

the few times i leave my yard i see over half the folks here not wearing even a bandanna. many grocery stores and other places REQUIRE some face covering to even walk in the door. so the folks ONLY do it at the door where the employee is watching. when i get inside the grocery store, it's like 2 outta every 10 folks just got their mask whatever around their chin or necks or whatever. that's why i've waited this many months to get a new job, i don't want the plague and i don't wanna have to keep preventing myself from getting it! it's irritating and makes me angry and i don't need that further frustration atop me being poor.

i have caught several YT vids of MagicTG games and there's even 'video conference calls' now with covid where folks are spreading out their MTG cards and having MATCHES without sitting at a table?! :o i think THAT right there will seriously dig into storefront profits and 'seated in-person tournaments' for CCG as a whole. if you could go nation-wide scheduling a tournament circuit for MTG either as an Invitational or heck open casting call for entries to the tournament with a $50-$100 buy-in to register. if everybody's got Skype or Windows Meeting or whatever! then the tournament could be basically held anywhere in the world or nation wide if everybody's English is good enough. :>

plus heck, you can do RPG pencil and paper just like that too. not to mention online PC/console games.

i know the biggest con in the entire US Southeast DragonCon in Atlanta, GA went ENTIRELY virtual back September 6,7th... i didn't hear about it till just this week... but still. :D heh!

E3 the biggest technology, computing, and gaming con in the US, LasVegas, NV got canned this Summer entirely. Playstation, Xbox, Ubisoft have all gone to 'online events' to compensate. Ubiforward is what Ubisoft is calling theirs, and they've held TWO to compensate for not showing up for E3. i watched the 1st one just for Assassin's Creed Valhalla, the rest of their titles... meh... :/

why would you move locations so often!? rent can't be going up ALL the time above what the rent was when it first opened?

KiliianSleipnir Oct 18, 2020 5:28 AM
sorry, old habit, MAL is so 'NorthAmerican' i forget folks with VPN and such use it. my apologies for being too ethnocentric.

yeah, i can't remember in my area shops... since 2007. the one and only store for comic closed up shop back then. sold everything not nailed down. even the posters on the walls and advertising/display cases. it was a very nice but CRAMPED comic shop inside a strip-mall that also moved RPG items, dice, reference books, miniatures, DC Marvel etc. comics and graphic novel titles, plastic models not just Gundams ect. but planes cars and other kits, tabletop games like CLUE and Monopoly and Trivial Pursuit etc. some books- not many-mostly Forgotten Realms/D&D/Dragonlance... u know the TSR/Wizards of the Coast paperbacks, oh of course Pokemon and MagicTG cards, a FEW of that short-lived D&D cards for their game, i don't remember if they carried YuGiOh cards though, and

they had a TINY section of manga. to get new ones not on the shelves? whew that store was a bitchkitty. you already had to have the Library of Congress Number, or the UPC code scanner number. then seriously, shit you not, you had to pay 50% upfront to special order a single book, half the cover price. oh and you couldn't look in his catalogs for wholesalers. because then you'd learn his markups. which were INSANE sometimes. gahhh!

oh! and he kept shortening his hours! it was like 10a-7pm Seven Days a Week when it first opened. then around oh 3 years later he started closing for like 2 HOURS for lunch around noon every day. then he shortened to ... ughh... 11a-3p every other day! like Monday, Wed, and Friday.. yeah... 3 days a week. i actually don't know how the hell he ever stayed for all those seven years. he ... yeah... he did a grand opening in the summer of 1999 but ... heh... he didn't get his local business licence paid for and approved correctly so the City shut him down after being open a month. :> hahahha! he didn't recover from that one till spring of 2000 when he had a Grand Re-Opening. :>

buuuut.. after that big chain book store closed? nope. nobody's got books here anymore. the small chain book store inside the 'indoor mall' closed BEFORE the huge chain 'strip mall' store did i worked 'under the table at'. other than two used book stores. they won't take manga. period. none. one of them will ONLY trade Sci-fi and Fantasy FOR Sci-fi and Fantasy. you can't bring in your mom's old bodice rippers and get Kevin J Anderson or Terry Goodkind. :>

it's sad too. kids just hang out at the colleges or coffee shops or whatever and bullshit about what they've read online recently, trade pirate links and files/downloads or Kindle versions. even if i didn't have a Dollar in my pocket i miss wandering a bookstore and flipping through physical books. the paper and the ink smell. or sitting down in my old chair and getting fingerprints all over a hardback i'll have to work in my old factory job for a couple of hours to be able to afford next paycheck.

but whew, the other ol farts i know? this one is NO MECHA what so ever. don't even mention a show or reference in a discussion for comparisons a mecha title or 'punt!' your ideas and opinions are... what's his tagline... 'UTTERLY IRRELEVANT!' yeah hahah yeah that's his tagline if you spook him with mecha. you'd think the poor guy got stepped on by a giant robot in his cradle or something. :>

another guy i know is a staff member memorizer. seriously dude scans the credits on his PC WITH SCREENSHOTS, used to take digital photos of his TV before he got a BR/DVD player in his PC... no i'm not shitting you... dude is THAT obsessed over who has worked on which show. he's even self-taught Japanese so he can read the ACTUAL credits. i bet he's been on MAL doing Staff Positions editing for a whiiile. i lost touch with him because seriously, way WAY too 'coo-coo for coocoa puffs' for me.
////

i'm pretty sure 'Otaku USA' is still being published... or did he work for 'Newtype' when they were putting it out in the US too? the only time i read either was on the shelves at one specific national chain bookstore that had a huge magazine section. they had 'books a million' ;) but weren't making enough millions in those stores to keep them open. i found the 'news' in both of them so 'olds' that they were often only worth the read just to pass the time during my side-job. the technical and behind the scenes interviews were interesting though. although i've heard that the cosplay sections are getting rather big and bold in the past years.

///
i know the feeling of your con guards. that one chain store i mentioned, i was a fairly expensively paid consultant for them on everything otaku except... i don't read manga. never have. :> so my 'Benji in a handshake' from the boss when i was called in didn't get them lots of 'fan-service' ;) heh heh! ;) but i made sure i helped out their manga section for at least an hour + with a good bit of lifting, carrying, shelving, and re-organizing the manga. surprisingly enough back then in the '00s nobody was carrying light novels. well, that store i worked didn't, and i never did field any questions for them. other than 'Full Metal Panic' that was the only LN series i got questioned on. plus whenever a hunched over teen guy in a hoody or highly self-conscious tweenybopper girl snuck into the section i liked making them jump in surprise when i ninja-ed next to them. i hope it's not too too pervy that the squeals of the girls made me grin... i was alot younger back then, honest! ;) i can't remember the number of times i had to fire up my laptop and do serious digging when obscure titles or 'uhmmm, what's that one show with bla bla bla? do these guys have that book?' THOSE questions gave me fits :> if i didn't already know the show.

although when the staff wandered past my 'comfy chair' specially located facing smack dab in the middle of those manga shelves i was always open to questions and 'cultural references'. but of course i wasn't permitted to wear their rather infamously stylized and utterly useless apron(s). too many cameras in the store ;) somebody might have figured out i wasn't actually on payroll but a 'cash in hand consultation fee' doesn't exactly line up with 'corporate's policies'. ;) their 'sectional apron style' for different parts of the store made me chuckle. 'registers only wear theirs folded down around their waists', 'stockers wear them up around their necks', 'baristas wear their specific color apron around their necks', 'floor walkers wear no apron but always wear a store polo shirt' bla bla bla. snort, the only apron i thought useful was the baristas'. otherwise, it was useless and cheap. even the front pockets tore off due to cheap ass single row stitching. i'd rather just lounge around in whatever grubby togs kept the cops from being called. or didn't smell too close to 'hamper rot' status.
///

organizers. mhm! nod nod mhm! i know 2 con 'bosses'. one guy in Toronto who still does it there and one who used to live in Pennsylvania when she ran them. she had to retire from all work due to a full lung transplant. both of them are/were serious workaholics and definitely under-paid during 'The Season'. strangest thing is, my buddy in Toronto is a Taiwanese immigrant. came over straight off the Island in his late teens for college and stayed in the City for over a decade running manpower/hires/fires/HR for the top convention venues in Toronto. he's the 'go-to volunteer wrangler'... i laugh and tell him every season... 'Bring your wet food? You know herding cats is easier with canned!' hahahah!

Arillion Oct 24, 2016 2:52 PM
Yeah, I like UO too. I had ABP but they sold themselves out by letting Google and other sites pay them to unblock ads. What's the point of being an adblocker if you don't block ads?
Oh I see where the spider webs feature is. That's cute lol. I don't see bats and I clicked everywhere. that's wierd. Phantom ghost bats!!!

teubert2 Jun 25, 2016 3:07 AM
I suppose that's true. It would be amusing if the Lumere brothers' 1895 film was made today and won oscars or other awards though lol.
All Comments