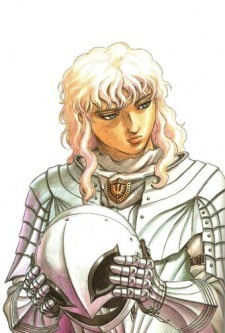 If Fire! from Hideko Mizuno isn't scanlated, I just found out that her one-shot Yoru no Hana is actually scanlated. Not much, but better than nothing.
If you're still interested by her. へへ

EDIT: it's not approved by MAL's moderators yet, so we can't add it to our list. -_-

lady_freyja Feb 24, 2017 11:45 AM
From Ooshima, I hope I'll be able to find Tanjou!, that manga sounds quite wonderful with its synopsis alone. へへ

And yup, it's frustrating for Mizuno. There is others authors like that, that I would love to read but are utterly unavailable, like Miyako Maki, or some Forty-Niners like Nanae Sasaya or Toshie Kihara.

lady_freyja Feb 22, 2017 1:19 AM
Hagio, but it was compelling and it should be fun to explore her work as well.
She is the most easily available out the Year 24, a little good amount of scanlation (especially for a 70's mangaka!) and she's published by Fantagraphics, Viz published her in the past too.


Do you have any Year 24 authors that you think are particularly special and that I should focus on next?
Speaking of Viz.

I guess you should search for the scanlation of their anthology "Four Shojo Stories". It contains 11-nin Iru from Hagio, the one-shot called Changeling from Shio Satō (basically she was the "apprentice" of Hagio), and two short stories from Nishi Keiko, who is not a Year 24, but write interesting manga from what I've seen of her.


Otherwise, I think that the most "special" Year 24 mangaka is definitely Ooshima by far.
I see that you tried her Wata no Kuni Hoshi, I haven't since I tend to avoid on-going manga (I seen the anime), so I dunno how it compares to her other works.

But for me Ooshima is the only Year 24 mangaka that I don't recommend except if the person wants to read really, really weird manga. She has a very distinctive and unique style; tragi-comedy mixed with a lot of absurdity. And even if I enjoy her style, I usually do have some hard time to enter in her works.
Her Banana Bread no Pudding is quite… special, and here you'll find 3 out her 4 scanlated one-shots (the last one should be available on regular manga readers). Kinpatsu no Sougen is my fav' one out of the 3.

PS: and since it's not scanlated, one of her manga was adapted into live-action : Gō Gō Datte Neko de Aru. It was pretty excellent.


For the other authors:
— Yasuko Aoike is doing either high comedy manga or serious adventure manga. Her Eroica is mixing the two registers together. Speaking about Eroica I agree with the reviews who say that the first story with the 3 espers doesn't have much to do with the rest of the manga. So it's better to at least read 2 or 3 stories.
— Keiko Takemiya is doing manga that I would consider as intermediate between Hagio and Ikeda. Her two main works, Terra e and Kaze to Ki no Uta are conventional but excellent. Oh, and concerning her Natsu e no Tobira by far the anime is better than the manga in my eyes.
— Ryōko Yamagishi, she tends to do somewhat "dark" works. Theoretically, she is known for her ballet manga, her yuri manga and her horror manga, although one of her "masterpiece", Hi Izuru Tokoro no Tenshi is none of them. Beside Yasha Gozen that you can find here, all her other works should be available on regular manga readers. None of her ballet manga is scanlated, a shame…


As for Hagio, she's doing mostly sci-fi stories and/or BL ones (although she did other stuffs). And she's definitely what I would call a "psychological" mangaka.
Shio Satō, well only Changeling is available from her, but expect very serious and hard sci-fi. Hagio is lighter on her sci-fi in comparison.

Trying not to read through them too fast because I know it will be depressing when I run out of things to read from them.
But definitely. TT
Their works are few and short for what's scanlated.

I'm lazily trying to learn some Japanese in order to read them more… especially since I plan to go in Japan in May where I'll could buy some of their manga, notably I plan to buy Fire! from Ideko Mizuno! (since I see it in your plan to read list)
Mizuno being basically the ancestor of the Year 24, she's a must-read for me, but none of her works is scanlated… TT

I just seen your comment on the Year 24 club, it's good to see someone interested in them!
It seems that you mainly have read Ikeda and Hagio so far, hope you'll enjoy some other authors. :)


BTW, since you're American, Fantagraphics Books is publishing some Hagio manga, some of which aren't scanlated: Otherworld Barbara and the anthology A Drunken Dream.

And few manga, notably Itihasa and some oneshots from Ooshima and Yamagishi are available on the web but not available on regular manga readers.

quukii Dec 30, 2016 9:01 PM
Thanks for the profile pic for MAL Secret Santa! I really like the touches you made with the border and putting my username in the picture with that cool font :)

Nicholas was definitely my favourite.

I want to watch LOGH but idk when I will. An irl friend is pestering me to watch it. I do hear the first 9-10 eps are rather slow, and then it really picks up the pace. Looking forward to it anyhow

tyroan Jun 27, 2016 6:33 PM
As long as I like my field I'll be fine for a job which is great. I do hope you're liking your field and do well in terms of getting a job after you graduate!

For trigun, I'm watching episode 14 and I'm enjoying it thus far. The art and animation are really dated but that type of stuff doesn't bother me, and the sound is pretty good, I can see why people would love it. I like all of the characters, really hoping we get to see more of Nicholas as well as more information on Vash! I don't live him so far, but we'll see how it goes because I know he's very well liked. I do see why people wouldn't like or even hate those episodes, I didn't love them or anything but they were fun to watch.

I'm surprised you dropped logh, considering you loved arslan senki and they were written by the same people. Haven't seen either but I am looking to watch both sometime.

tyroan Jun 17, 2016 5:04 PM
Yeah characters is what gintama does best. I really like food wars, I thought it was hype as hell, although the fanservice really turned me off. Haikyuu was my first sports anime, and has brought me to a genre that's now most likely my favourite. It just does everything right, and again the characters are the focus of this show. It only gets better and you'll end up loving them more, I do think I like all of the characters in the show that appear often, but the team is just something special. I'd love to have your thoughts on both series after you finish! (oh and season 2 for food wars is this summer and s3 for Haikyuu is in the fall, hype!!)

I'm doing really well, only taking a few classes in the summer so it's a nice break. Also got into a new program which is really nice (mechanical engineering - > software engineering), so I'll be taking a software class starting in July, looking forward to it! Really hope I like the program because if not I'm wasting mad cash and time, but can't really hurt to be in such a great field and I like coding, thigh I've only just started.
All Comments