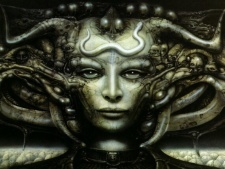 AmbiguousMonster Jul 1, 2017 6:21 AM
Given you seem to be fairly involved in YouTube political channels (I go by "Hound Nobelman", for context), what do you think of hbomberguy? I absolutely cannot stand him; he is way more obnoxious than most conservatives and for someone who seems to really enjoy the sound of his own voice, doesn't really "say" much. Can you recommend anyone else critical of "anti-feminism" who actually goes about it in a reasonable way?

Joyuu Jul 13, 2016 12:13 AM
Hi! It is just as you said it. I see from time to time people who like BotI that also like Makie but sadly, she is a bit too underrated. Still, I love the fact that she is one of your favorite characters :)

TheMaster100 Jul 5, 2016 8:57 AM
You haven't seen The Wire yet? Quite surprised to be honest. Definitely check that out before Gomorrah.

AmbiguousMonster Jul 4, 2016 3:46 AM
Oh, please. There's nothing sexy about alcoholism. Johan's sister is so much better. I think Balalaika would be one of the worst wives, alongside Re-L and Asuka. Well, till you thaw the ice queen out. Then they'll protect you forever. That's how a tsundere works, I think.

AmbiguousMonster Jul 3, 2016 7:03 AM
I honestly can't find calling someone a pedophile funny. I suppose because, in Australia, out rights murders don't happen, but children disappearing is something that's much more documented, and subsequently it's a very serious things to call someone. Pedophiles are considered worse than murderers, actually, and often have to be segregated in jail so they aren't beaten by the other prisoners. Though calling underage anime characters "hot" is perhaps unwise (not justifiable of being called a pedophile, though). Though really, I'd pick Kurisu, Holo or Balsa in an instant over any moe character. Angular beauty over cuteness any day.

AmbiguousMonster Jul 2, 2016 4:20 PM
If your source of information is the Snob, that may be questionable. As I recall, didn't he outright label Digibro a pedophile at one point? That's something a 10 year old boy would say before subsequently being expelled.

AmbiguousMonster Jul 2, 2016 4:41 AM
I agree with the musical unpleasantness. Heck, they did preview some Susumu Hirosawa in the PV long ago; would it have killed them to use it as the OP? And why show the Eclipse in the OP, and in an upbeat manner? Showing one of anime's most infamous scenes at the start of every episode completely dilutes it. Imagine if someone never saw Berserk and saw this OP? Mother's Basement needs to rip this monstrosity a new one.

AmbiguousMonster Jul 2, 2016 4:07 AM
The new Berserk is getting hammered. I tried to be optimistic, but things look really bad. Who the heck uses stills and flat CG in an OP? Oh, why did Berserk have to peak in 1997?

TheMaster100 Jun 29, 2016 3:46 AM
There is an elegance between Yang and Reinhard, that I can agree, I haven't seen that many good sports rivalry to be honest though Rikishi and Joe? amazing rivalry right there.

What did you think of S6 of GOT? and the first two season of Better Call Saul? I wished we had a prequel series following Johnny Boy Soprano, Corrado, Feech, Bobby's father, Christopher's, Uncle Blundetto and the owner of the pork store back in the 1960's, also Dimeo himself.

Have you been enjoying any animated series lately? Like Steven universe, Gravity falls, BoJack Horseman and Rick and Morty?
Also there's an Naples, gritty, realistic crime drama series like The Wire, called 'Gomorrah'.

TheMaster100 Jun 16, 2016 4:39 PM
I should have said, the 'the best sports rivalry in this medium'. I liked both Yang and Reinhard rivalry, but i vastly preferred Yang, Reuenthal, Bucock, Oberstein, Schenkopp, Bittenfield and Fredrich over Lohengramm to be honest, can't deny that I was rooting for the Free Planet Alliance, at-least constitutionalism will become a thing in the Lohengramm Dynasty. I'm excited and nervous for the 2017 adaptation by I.G to be honest.

It saddens me that they'll never get to adapt that awesome 17 steps arc in Season 3 ( modified mahjong).

Here's the link regarding the movie adaptation. http://www.animenewsnetwork.com/daily-briefs/2016-05-29/fox-schedules-live-action-battle-angel-alita-film-for-july-20-2018/.102618 been stuck in production hell for years.
The original was better than Last order but I still liked Last Order.

Dorohedoro does have a unique art style (author was an assistant for Nihei when he wrote Blame, so no surprise, plus i loved Blame! so it was good enough for me to start on Dorohedoro, it's ending soon anyways so check out when it's done, easily one of the best manga series currently on -going, it's characters are brilliant. ). It handles dark comedy pretty well.

Aside from anime/manga, are you following any tv series at the moment? Currently watching GOT s6, it's been awful since the 3rd season, also watching Peaky Blinders s3, Person of interest s5 and rewatching The Sopranos at the moment.
Also waiting for Narcos S2.

TheMaster100 Jun 16, 2016 5:55 AM
The Rivarly between Rikishi and Joe is excellent, easilty the best in this entire medium. So are the other supporting characters such as Danpei, Yokou, the other antagonists aswell, the kids are also great (they're brave aswell and aren't as annoying as other kids in anime, Daigoro from LWAC was excellent and the kids from Dennou Coil were pretty mature for the most part, so was that kid in Usagi Drop).

The 2nd season first couple of episodes reanimates the last portion of the first season by the way.

Bobsamurai videos can be good for the most part, though he should stop with the oversaturated 'top 10 lists' and stick to more analysis on anime series/manga series and the issue with the current industry. He also gave up on Kaiji and mentioned that he disliked the the fact that they spend so many episodes on the restricted Card game arc/he also didn't like the narrator (I felt that the narrator was the best along with JJBA, HxH and Logh Narrator).

Meph impressions/analysis are interesting and at-least she actually watches some good anime series (she's watching HnK, LOGH and Haibane at the moment).

It saddens me that Gunnm doesn't have an anime adaptation, I've been waiting for one for more than a decade, then again... the fact that the live action movie will be out in 2018, gives us good hopes for a potential anime afterwards (Cameron license should expire). I would love to see either Madhouse or Production IG to tackle it (they've already adapted two other cyberpunk). Last Order might be a trickier since there is a lot of exposition dumping regarding the worldbuilding (more like Space building :P). Then again Last order is action heavy so I would love to see that tournament in being adapted.

I'm just glad that they're moving on from the Golden age arc to be honest.

The only manga/anime series that I know that has excellent antagonists are Jojo Bizarre adventure, Dorohedoro, Ashita no Joe and Gunnm.

TheMaster100 Jun 15, 2016 2:47 PM
I see that you're watching Ashita no Joe, great! It's an excellent coming of age boxing manga series, it seems that you're at the prison arc where Joe meets Rikishi, things pick up the pace from there. Those characters you've put in your list and the manga series/anime series I respect. LWAC and Gunnm are indeed one of the best manga series I've ever read.

I do remember you posting in TAS and Meph's videos... however, when ever you have the time, check out Diamond is Unbreakable anime (so far best anime of 2016 and most likely.... AOTY) and Kaiji Part 3 (Mahojng game).

Are you looking forward to the Berserk anime? On one hand, they're adapting my favourite arcs (Lost Children and Conviction) on the other hand,.. the lack of Susumu OST is quite detrimental :/,so is the use of CGI.....
Post Convcition arc Berserk has truly disappointed me (Sea god nonsense, pirate crew, Random boyhood arc, Femto being overpowered, casca still being a burden for nearly 20 years in real time, lack of development/screen time for other members of the Godhand except for Slan. I do like Guts curent crew though (Farnese and Puck being my favourite). I just feel that the antagonsts in Berserk for the most apart from Griffith and Zodd are simply plain... compare Daiba, Apostle members from Griffith's current group to the antagonists from Battle Angel Alita (Jashugan, Zapan, Barjack Den, Desty Nova, Aga Mbadi, etc...) a huge difference.

TheMaster100 Jun 15, 2016 2:17 AM
It's quite rare to see people who prefer 03 FMA over Brotherhood. We also have some similar tastes when it comes to our favourite characters.