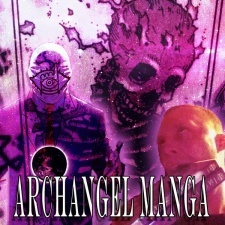 Have a good day.

AWestSide Aug 4, 2015 4:56 PM
No problem man, hopefully you decide how to do your reviews from now on. I think sem-scripted would suite you really well.

AWestSide Jun 26, 2015 9:53 PM
Great video wrapping up Tezuka season. I'm definitely going to be picking up MW and Message to Adolf (and Phoenix if it wasn't so OOP). Keep up the good work Arch. :)

doriando Jun 20, 2015 11:59 AM
I see man,ive read like half of it and it isnt really my cup of tea,but my thoughts on it may change when ive competed it.After all i started appreciating blame more last time i read it.

I see, same here, but it's also nice that you can easily find people who have the same taste in anime.
I want to catch up with mushishi, but it's not an anime that you can marathon, so I'm just going to slowly watch 1 episode on a daily basis or something like that.
For this season:
Arslan senki - it kind of reminds me of the kingdom manga and of yona of a dawn (only less shoujo ish), but from the first 2 episodes it's kind of hard to tell if it's going to be as good as I was expecting it, so it's not something I'd recommand as of now. But I'm going to keep up with it for at least a little while and if it isn't getting any better, but still just good I'll wait for it to finish and then marathon it
Fate/stay night - As a fate fanboy I have to watch it :P
Hibiki Euphonium - I only picked it up because crunchyroll liscensed it and I was curious, but I was actually quite suprised at how good the start was. I'm normally not really a fan of kyoto animation, but this one seems different from other key ani shows.
SNAFU: the first season was one of my favourite anime so I'm definatly going keep up with it. The show has really witty dialogue that going by your taste in anime and manga as far as I can see is somthing that you'd really enjoy. production values weren't so great for S1, but just the characters and dialogue alone make up for it.
Plastic memories - definately the suprise anime of the season, some peeps may already cry at the first episode. I was really suprised at how they mixed the emotional serieus and sad things togeter so well for this first episode, but going by the 2nd episode (That was by no means bad) I can also see them wasting the shows potential. Which I really hope they don't because it seems like it can turn into a really great anime.

Any interest in the new spring season of anime? Going by your list and username you're more into manga, but since this season has a lot of interesting series I wondered if anything piqued your interest.

GodspeedK Apr 6, 2015 7:43 AM
It's been a really long time since I read the manga, but from what I recall the anime did a faithfull job of adapting it apart from the more modern design, which I was a bit skeptical of at the beginning, but eventually really liked.

? I don't see any reviews on your MAL which site do you upload them to? Send me a link and I'll check it out ;)