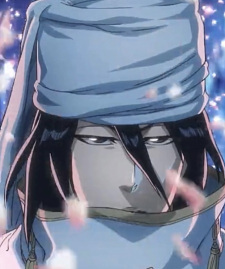 Frozenstein Aug 12, 2020 6:41 AM
Sounds good! I can't pick it up now anyway, as I just spent over $600 on mostly books, with some games thrown in for good measure. I made a Steam account, and been playing Evil Genius, Legend of Grimrock, Crusader Kings II and World of Warships. Some mild Fall Guys: Ultimate Knockout, and I tried the Code Vein Demo. So hyped for Crusader Kings III on September 1.

I'll definitely pick it up at some point though as the price has significantly dropped for the physical retail.

I sent a friend request. I'm Philautia, which is Greek for self-love/ undue regard for ones own interests. My Steam is Viveracity, if you want a send a friend request over there.

Frozenstein Aug 7, 2020 2:36 AM
Definitely! One Piece: Ace's Story, Vol. 2 comes out at the end of this month. I re-read Tinker Tailor Soldier Spy by John le Carre, and recently picked up he End of Gender: Debunking the Myths about Sex and Identity by Debra Soh, not read it yet though. Ordering Why I No Longer Talk to White People About Race by Reni Eddo-Lodge, I'm also excited for The Lunar Trilogy by Jerzy Zulawski on August 24, and The Shadow of Kyoshi by F. C. Lee is already out, not read though. I'd like to re-read Remembrance of Earth's Past by Cixin Liu, as The Three-Body Problem is one of my all time favourites. I also want to go through the Hugo nominees and winners recently, and see if anything catches my interest. I know N. K. Jemisin won a Hugo for her novelette. I love her as a novelist.

Sounds like you were having a blast, and glad it worked out for you. I decided I'll pick up the Pirate Warriors series, starting with 4.

Awesome! Did you get the Game of the Year Edition?

I've been on Discord a lot lately, so if you want to send a DM my way, feel free. I can't remember if I told you my username? I also made a Steam account, and been following a lot of games as of late. I think I'll also be moving to a different site, that's better than MVGL for cataloguing my library.

Frozenstein Jun 13, 2020 9:59 PM
I recently read One Piece: Ace's Story Arc, Vol. 1 and absolutely loved it. This is required reading for any fan of One Piece. SO MANY DETAILS got fleshed out, and not even just about Ace, but things I've always wondered about with regards to its world like "What happens if 2 people eat from the same devil fruit?" Incredible read. I can't wait for September 1 so I can read volume two.

Frozenstein Mar 31, 2020 4:54 PM
FFVII Remake ships early, for European and Australian releases. The rest of the world still have to wait until April 10. I'll just be over here enjoying my early FFVII Remake. ╰(✧∇✧╰)

Frozenstein Mar 10, 2020 7:29 AM
Not that into the Musou games. That's not to say I won't like Pirate Warriors, but I have played Dynasty Warriors. And as a fan of the historical Three Kingdoms, as well as someone who's read Romance of the Three Kingdoms, Records of the Three Kingdoms, as well as seen and read many adaptations and interpretations from Red Cliff (2008-2009), The Ravages of Time and The Advisors Alliance, I've grown a huge distaste for them, on how they depict and treat the story. Every game gets more fantastical than the last too, and it's repetitive. Every game in that series is very much a copy and paste of the one prior.

So whether I like Pirate Warriors or not, I don't think is particularly telling, based on my experience with Dynasty Warriors. One is based on a historical fiction, whereas the other is simply adapting an anime/ manga series into a brawler format. I'd be a lot more forgiving of how the story has been adapted and treated, and it seems like they do it a lot more respectful compared to Dynasty Warriors. Inferred from what you said.

What I want to know, is if each game justifies its existence, other than a cynical cash grab? Is this series just the obligatory output, like EA Sports games? Are they a copy and paste of each other, just with later story arcs adapted? What are some of the improvements and added features with each game?

And is there more to do, than just beating up mobs of enemies, and boss battles? How's the combat too? I don't mind beat 'em ups, as the Yakuza series falls into that genre. But is there more to the combat than just button mashing, and how does it feel when playing as the characters? Do each character receive different move sets, and combinations?

You can play as Kaido? In story mode? Or arcade mode? It'd be weird if it were story mode. XD

Frozenstein Mar 5, 2020 6:43 AM
Animal Crossing, Doom Eternal and Persona 5 Royal, are at the top of my list for this month. I got The Lost Child for the Nintendo Switch a couple days ago.

As for Pirate Warriors, I love One Piece, but I've always been super weary of anime licensed video games. I wish I could go back to when I was like 14 or something, and could enjoy games like Sagas and Budokai. But now, a lot of those games don't do much for me, and I just find them bland and even lazy. Dragon Ball FighterZ and Fist of the North Star: Lost Paradise were 2 of the few anime licensed games I took a chance on, and they ended up being great.

I was interested in Pirate Warriors, but all the reviews, even from people who love it admit that it's mediocre and doesn't retell the story in any competent or coherent way and it's just a repetitive, kind of beat 'em up action adventure that rushes you through story arcs of the anime and manga series. I'm open for you to convince me otherwise though, as I desperately would love to play another anime licensed game; especially for an IP I adore. This could also just be a case where I won't know until I personally play them. I'm just uncertain if it's worth it.

Frozenstein Mar 5, 2020 2:00 AM
I don't like Jump Force on any level. Especially after playing Mortal Kombat, Injustice and FighterZ, it's the definition of lazy game design and mechanics. With a truly awful plot that they attempted. Awful hub world design, and the combat lacks a lot. It's cool you've been enjoying it though.

Yakuza is legitimately my favourite game franchise of ALL time. It's not even simply "Oh, these games are great." It's personally impacted me in such a profound way. I could gush endlessly why this series is incredible and what it did to me.

My rankings if you're curious: 0, 6: The Song of Life, 5 Remastered, Kiwami 2, 4 Remastered, Kiwami, 3 Remastered. I don't know where I'd rank Judgment, because it's a spin-off. Though, you can find the office for Yagami Detective Agency in the upcoming Yakuza: Like a Dragon. Crossing my fingers for a crossover in the near future!

As for the 2 games you got... I consider Jump Force to be trash, and whilst I love Death Stranding, it's truly not a game for everyone. I don't know if you'd even enjoy what kind of game it is.

I think Jump Force is a waste of money, whereas Death Stranding is a very, very bold purchase as one of the 2 first PS4 games you buy. I'd be particularly curious to know your thoughts on Death Stranding, once you play a few hours. I personally fell in love with the game instantly, so I'm interested to know if you end up loving it too, or not.

I'm surprised you didn't pick up Marvel's Spider-Man as one of your first, considering our conversation previously with regards to it.

I'd recommend the Yakuza franchise (Yakuza 0, Yakuza Kiwami, Yakuza Kiwami 2, The Yakuza Remastered Collection, Yakuza 6: The Song of Life, Judgment), Fist of the North Star: Lost Paradise, The Last Guardian, Dreams, Concrete Genie and Bloodborne. Looking at your MYVGL, and what games you rated generously. I think you'd really enjoy these games.

P.S. MVGL is incredibly lacking in its database. I've been going to their Discord so often, just to request picture changes and games to be added. So far I've gotten all of the ones I've put forth approved.

Frozenstein Feb 21, 2020 1:58 PM
Would DLC count as digital or retail, if I own the standard edition of the base game on physical disk?

Frozenstein Feb 17, 2020 10:46 PM
Philautia (fil-aw-tee-ah, if you wanted to know how to pronounce it). Just been adding some stuff to my plan to play, currently playing, completed and wish lists.