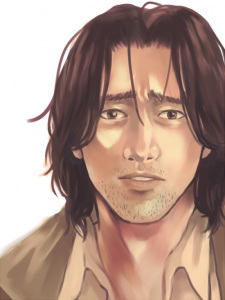 Black_Sheep97 Jul 18, 5:54 PM
Couple of things I would like to clarify before getting in a prolonged discussion of made in abyss:
1. Based on your criteria for structure, wouldn't the first two parts of made in abyss fullfill it?
2.isnt unreasonable to expect any series to maintain a consistent level of quality as the peak moments?
3. By taking a while to get going, do you mean that nothing of substance was contributed by the first 2/ third episodes? What is the standard for something to get going for from an objective standpoint?

Black_Sheep97 Jul 18, 5:34 PM
Well, I guess my question would be based on my understanding of structure is the nature of the sequence of events and their contribution to the established premise, what your suggesting does sound reasonable but seems to align with conventions rather than what is good or not, what about you know stories that are experimental in their approach and dont have that standard structure like tarkovsky films which seem to lack almost all the qualities you suggesting are required or for a more mainstream pulp fiction which lacks alot of foreshadowing for alot of the twists that happen and if you remove the middle of that story nothing changes.
I guess my bare minimum requirement for a good structure would be it has to make sense with context of the plot and premise. As for the fairy tail example, not gonna defend the friendship part cause that is a contrivance but the part of the villains popping up like weeds seems reminiscent of the episodic structure you pointed out in mushishi except prolonged longer in fairy and other shounens and action series.
As for removing episodes cant this criticisms be applied to something like cowboy bebop which does have an overarching story and if you cut out episodes it doesn't change anything like the stuff with ein and ed can be skipped from the story and you wouldn't miss any major plot point regarding the other three characters if my memory serves and doesn't this also apply to bottle episodes.

Black_Sheep97 Jul 9, 4:03 AM
Yeah no, I was talking about made in abyss. Thanks for spoiling code grass though

Akai_Shuichi Jun 17, 10:03 PM
Well, it's been a freaking awful year of course, but admittedly it hasn't been too bad for me in comparison to many other people. Only family member or friend who has gotten covid was my grandma, which was scary news at the time (because she's like 86 years old), but she was never in critical condition or anything of the sort and today she's 100% healthy (which is actually even better than never getting the virus I'd say).

Business was a bit stalled for a while, but right now it's actually moving, so that's good too. I worked from home since before this whole mess, so right now things haven't changed much for me in that regard. I would like to hang out with some friends I used to hang out with, which is something we haven't done because of the covid, but I can live with it. Can't say I get bored at home. I'm an anime and videogames fan and a good reader. No way I'm getting bored as long as my brain is still working.

Real shame to hear they broke into your place. There was a time a couple years ago that that happened to me like 3 times in 5 weeks or something stupid like that. In the end we put a good alarm system, which can sometimes be bothersome, but they never broke in again.

Sangatsu was fantastic, I loved it and my expectations were good but fair going into the anime since I enjoyed Honey & Clover but just enjoyed, not "great" material, so to speak. Sangatsu was great. Gundam Origins is something I have pending since pretty much before it was released. I've watched the whole Universal Century and Char is my favorite Gundam character. I obviously want to watch Origin, yet here I am, with the OVAs downloaded in their best quality, yet still haven't watched them... I should really get into that soon.

Now, my opinion on 2017 and what I've seen of 2018 (a lot remaining here) is that these have been enjoyable years, but with not many memorable series. There's Made in Abyss of course, but you watched that already I guess. And some sequels such as Sangatsu and Rakugo, and the last one was actually a bit dissapointing for me since I didn't really like the ending. Still really good, but it dissapointed my sky high expectations a bit. Sangatsu S2 was great though. ACCA-13 was a nice gem I could recommend from that year. Really loved that one.

About 2018... well, I've enjoyed the year (still a lot remaining), but it's mostly been a bit of a remade nostalgia trip or something of the sort. I enjoyed the new Legend of the Galactic Heroes, I enjoyed Steins;Gate 0 (though I read the VN before), I enjoyed Major 2nd, I enjoyed the Gintama season, I enjoyed Megalo Box (which is pretty much tribute to Ashita no Joe)... see the trend here? I've been having fun with 2018, but not really because of "new" things. Oh, I will say I rewatched the whole Shingeki no Kyojin franchise (and even watched the 2019 series) and I think I enjoyed a lot more than on my first view, maybe because watching weekly was not the best for the series, and probably also because the first season might be the one I like the least... still has a number of flaws, but I actually enjoyed it much more than I thought I would. I've yet to watch some of the anime considered best of 2018 since I do tend to leave some of the best for last, so I would guess there should be something out there to surprise me.

About the movies you mentioned, I actually watched Heavens Feel 2 on the cinema. First time actually watching anime on the cinema (not counting Pokemon Mewtwo movie many many years ago). I read Heaven's Feel and I'm enjoying those movies quite a lot, so the final movie should be quite a treat. I also really want that Made in Abyss movie because that was definitely my favorite 2017 anime and I really loved the whole concept. I'm in no hurry with any of them though. Since I stopped watching seasonal stuff, I've learned to take my time with these things. I hope by the time Heaven's Feel releases, the quarantine stuff is over and I can go to the cinema and repeat the experience since it was great watching it on the big screen.

I sure hope you finish that PhD soon. It feels you've been working on it for an eternity. A friend of mine actually defended his PhD thesis just last friday.

Unpopular opinion I actually prefer the first season to the second one.

GodspeedK May 7, 6:47 AM
Watched beastars recently, much better then I anticipated.
Hyouka was one of those series I never understood why people liked it so much.
Man that movie is going to take a year before we get to watch it unfortunately.

If you're interested in reading something good I'd recommend chainsawman and act-age, been hyped for that weekly like those days you were reading the big 3.

GodspeedK May 6, 2:33 AM
Not much has changed for me honestly. Aside from this -> Classes are online now and I really miss hanging out with my friends in person and meeting new people. I did get a job right before the quarentine, so at least I'm getting more money :P

Interesting you mentioned abyss, since I planned on watching that next. Watched a lot of things (Even caught up to one pieces wano arc (Started at episode 600 got to 900 in a week and a halve) Aside from that I felt like reading a lot of trashy manga, so I did :P

Currently working on some challenges I set for myself for this year. I made 15 30 day challenges, only completed 2 so far, but I'm getting back on track.

Lion's also on my plan to watch list on netflix, but honestly all the entertainment content is getting overwhelming. So many anime, manga, tv shows and games it's just ridiculous how much there is to watch/read/play. It's like having so much that you can't make a choice.

What are your priorities now anime/manga wise?

Aleczandxr Apr 30, 5:15 PM
So-so. I have two main jobs and multiple sources of income and only one of those jobs and sources is currently shut down, so I’m affected but not fatally. Can’t complain overly much on the whole.

And I can’t imagine that it’d be a bad sports series to start with, as long as you’re okay with a slow start. Or maybe Ping Pong if you like Yuasa, only 11 episodes and it’s wonderful.

Black_Sheep97 Mar 9, 2:41 AM
A bit free honestly work as been light, wont bother you anymore if you are too busy

GodspeedK Jan 2, 8:14 AM
Happy new decade mate!
A shame, I just realised I'm never going to finish watching everything on my ptw, so I'll just watch what I want to watch at that moment in time.

? But you said not banned? Also didn't know you were from australia

Aleczandxr Jan 1, 5:21 AM
Happy new year! Umm I don’t tend to watch those sorts of videos and I don’t take much of an interest in that sort of thing personally so I’m not quite aware of how much fanfare each show is getting in these decade lists. But the thing that came to mind instantly would probably be Mawaru Penguindrum? Maybe.

GodspeedK Nov 22, 2019 5:38 PM
Have you by any chance checked out the new code geass movie? If so is it safe to watch (as in is it good). Or should I just pretend it doesn't exist like dragonball evolution.
All Comments