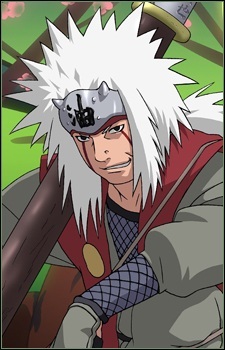 dude... the last season was 10 episodes of super powerful people running down hallways, then saying "go on without me, i'm too busy holding down this low-level loser!" followed by 10 episodes of a school festival. such a waste of time.

martin03345 Jul 1, 6:01 PM
It's been a pretty shitty year overall but I think that's the case for everyone these days lol. Don't watch much anime these days due to work and other things but finally after 10 years have taken a crack at Monster. Been enjoying it so far. How about yourself man?

Pullman Jul 1, 11:35 AM
Well, there was Eizouken and Dorohedoro and some other pretty solid stuff last season, but overall I'm less enthusiastic about almost anything I watch these days compared to a few years ago and my overall interest is slowly declining. Franchises I'm already invested in are still easy to watch (like the Hero Academia and Haikyuu seasons recently) but new stuff gets harded to get into, even if it's something really good like Eizouken. I don't get as excited and addicted as I used to. I end up reading more comics and manga these days, cause those are mediums I haven't explored as much as anime.

I am fairly excited about Konpeki no Kantai finally getting subbed tho. 10 years ago I would have killed for that to happen, but better late than never.

What about you? Any hidden gems? I saw you rated the GITS Netflix series fairly highly. I'll admit I was kinda turned off by the visuals, but maybe you can talk me into giving it a try :>

photophobic Jan 5, 11:32 PM
shouldn't you tell him that, and not me? i'm sure he'd be over the moon to receive a compliment.

Dramon Oct 20, 2019 9:27 AM
I don't get the same feel as the manga tbh. Maybe I'm being too critical but I have a couple of issues. You get these filler episodes which really hurts the pacing. They also keep showing that one scene with Thors dying every couple of episodes which is annoying. They overuse the 2 norse grunts having expositionary dialogues. Thorfinn was a monster of a man in the manga but just believable enough. In the anime they overdid it quite a bit. The CGI is quite better than berserk's but I'm still not a fan. Etc

Serenityx23 Jul 6, 2019 4:23 PM
I appreciate the response, I feel like LOTGH is going to end up having a similar effect for me. I've become incredibly immersed in the world and I absolutely love the characters in the show. And as for how I found your profile, I found an old thread discussing LOTGH that you had commented on and got to your profile through that.

Serenityx23 Jul 4, 2019 9:57 AM
Can I ask why the tag you have for LotGH is just "The Wire"? I've been enjoying the show so far and have heard that The Wire is also great so I was curious.

wjhbu May 3, 2019 12:58 PM
Alright too:) Have you been reading/watching anything lately?
All Comments