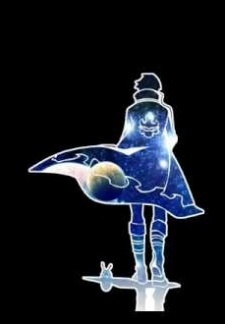 SatsugaiDeAtsu Jan 1, 1:22 AM
oh, and here i was thinking about changing i t.... thanks so much for sharing your opinion, i will keep it a bit longer now ...

Dramon Feb 24, 2019 2:27 PM
I hope you get the same recognition as the studio that made Mars of Destruction.

It's a really good, intelligent anime. Can't remember the last time I waited every week with bated breath for the next episode

Yeah nujabes is the bomb. I paid 1 Euro for 3 months Spotify Premium and now I just listen to him all day.

I would have if the Duke lived in London but he didnt unfortunately.

eyerok Jul 8, 2018 9:28 AM
lol.
THeek thaak. I am in Canterbury these days, studying for my masters. Almost done. Writing my dissertation (or attempting to). Everything's good. Where you at these days?

You've hit the nail on the head. That's exactly how I feel about it. A solid Shounen all round.
This guy analyzes it well too

Also, these 2 tracks are the best:

How was My Boku no Hero Academia?

Dramon Oct 6, 2017 3:52 PM
:)
Y'know, I was considering going to Canada for my Masters. I liked this one study program at the University of British Columbia. But decided against it, as the University was located at the edge of the earth.
Chose Germany instead.

Dramon Sep 17, 2017 12:47 PM
Lol yes, over 500 episodes of One Piece, won't deny it. But that was during my teens when I had time to binge watch long running shonen anime. I don't now and thats why I have developed a dislike for the Big 3, as well as all long-running shows in general. Itna time nai hai bhai. Now I'm more partial to short anime with a greater amount of plot per episode ratio.
I feel the same way but then a couple of times a year, I get the urge and watch 2,3 series in one go. I'm sure you get it too. so here's a recommendation for you to save

Dramon Sep 9, 2017 4:58 AM
I finished the manga a few months ago, thought I'd discuss it with you. Although I've forgotten quite a bit about it lol.
Let's see......I thought it was good at the start. Really digged the ranked warrior system as well as special abilities of each warrior. Claire was an interesting protagonist, what with her being the underdog as well as having a sympathetic backstory.
Towards the end, it started getting difficult keeping track of each character. I mean apart from minor adjustments to the hair, characters looked so similar. Also, it gave me that Bleach vibe. A shit ton of characters. People talking smack before they got rekt. Bullshit powers. And I hate Bleach.

It can't be AI. Apparently, someone is using motion capture for their actions and through a modeling software, render an anime model.

Yes, the new Berserk is hated by everyone. Don't watch it.
But you know which anime you should watch? Boku no Hero Academia. I think it's right up your ally alley aladdin. Really easy to get into and pretty epic.