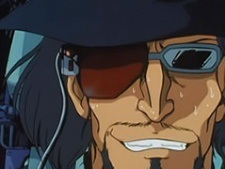 DooMWhite May 29, 2:10 AM
Are you reading the Nozaki-kun manga? I simply can't read more than 5 chapters cuz I just laugh way too hard.

66ix May 27, 12:06 PM
My favorite case is "Kogoro's Class Reunion Murder Case" its fairly early on in the story. How's the manga going lately?

Berry-Vodka Apr 27, 12:46 AM
oh ok thanks xD i remembered as a longer series tbh. it was long ago when i saw a glimpse of it on tv anyway :P

operationvalkyri Apr 26, 12:05 PM
50 episodes is a big investment. I'll try your rec and switch to the movies if things get crazy. Lol at the 3 min character development. I was completely blindsided by the whole Lalah business and her connection with Amuro. Thought it was sped up in the movie only.

operationvalkyri Apr 26, 10:52 AM
Done with MSG. Zeta movies or the original 50 episodes?

operationvalkyri Apr 10, 12:04 PM
Yeah I figured. Haven;t seen too many olde anime. Will get used to it I'm sure.

operationvalkyri Apr 10, 11:33 AM
Watching MSG I. The condensed pace is good. But lol at he animation.

operationvalkyri Apr 6, 2:19 PM
Incidentally, Macross was the first mecha I liked too - Plus. Saw it only a few months ago lol.

operationvalkyri Apr 6, 1:56 PM
Ah yes I see, one should watch ZZ before Counterattack. I thought it was the other way round. I'll follow the order. Hopefully I'll get that far without incident.

Nah this was way before internet streaming so only a handful of actual anime aired on TV. The Speed Racers and the Dragon Balls, etc. The rest was all American adapted stuff like Saber Rider. So the "mecha" I got introduced to was the American stuff like Transformers and Voltron. Never liked em much and took that bias to actual mecha when I started anime. I could never stomach Pokemon/Digimon either for some reason.

operationvalkyri Apr 6, 1:17 PM
Then I'll watch the 0079 movies followed by Zeta, then Counterattack. Would you believe I used to hate mecha as a kid?

operationvalkyri Apr 6, 12:46 PM
Lol that's a very weird order. I can at least claim that I'm going in chronologically.

I didn't know 3 movies summed up the 40+ episode series. You sure they're a better watch? If most of the series is Amuro then I'll opt for the movies anyway. What about Zeta then - do summary movies exist for that too?

operationvalkyri Apr 6, 11:35 AM
MAL was acting up yesterday. Maybe that was the reason your comment didn't make it.

The pov switch is disappointing. Serves me right for watching the prequel before the original. Welp I still want to see Char usurping the Zabi's power so I'll be starting it soon. I hope Amuro and the rest are more interesting than they were in Origin.

operationvalkyri Apr 5, 12:52 PM
Hello senpai. I finished Gundam: The Origin which was a lot of fun (and sad). I'm kind of invested in Char's journey and am curious to know if Zeon (and Char) are supposed to be the bad guys in the original MSG. The White base crew seems to be set up as playing a major role, which is sad since they were the least interesting part of the OVA. Is the series from the pov of both forces or just the Earth Federation?

operationvalkyri Mar 26, 9:27 AM
I dont mind a slower viewing. I'll stay with my original plan of the OVAs. Thanks for your time as always, alshu.
All Comments