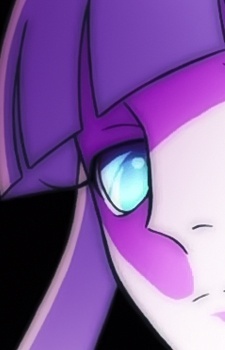 TheNinthRequiem Jun 6, 2022 10:54 AM
Nice Texhnolyze review, I haven't watched the anime yet it but I loved your review style. Very entertaining and informative.

_-_Sally_-_ May 27, 2022 7:04 AM
I finally made the realization last summer. After living on my own for more than three years, I finally came to terms with who I really am. I always thought that I was just a "feminine guy," but I found myself no longer wanting to have "guy parts," and I want to someday pass in public as a woman.

I started HRT back in January, and I've had three laser sessions on my face so far. Little by little, I'm slowing becoming myself. What's really ironic, is that my mother and I now get along slightly better ever since I came out to her as a woman. My mother always wanted a girl, so maybe that's why, lol.

SnugglyWhuggly Dec 28, 2021 12:12 PM
I'm not a fan either. With digital media, it doesn't feel like I really "own" it, since a lot of the time, it's really just a license to play/read/watch it. And yeah, you can potentially lose access to them forever if they ever take the servers offline or you lose access to your account. Physical media can be damaged or lost, but at least it can't be revoked from you. I also like having something tangible to look at and hold, even if they do take up space.

I have quite a few digital games, mostly because there aren't alternatives, they're digital only unfortunately. I usually always try to buy physical when I can, even if it means having to buy through a limited print company like Limited Run. My biggest regrets are buying a game digitally, and then it gets a physical release later, lol.

Yeah, I'd say most of what I play are RPGs, particularly Japanese made ones. Skyrim is a lot of fun, though it does have its issues; mostly NPCs being oblivious, and a few glitches. Morrowind and Oblivion were great, though I've never played the first two games, they were kinda before my time.

SnugglyWhuggly Dec 26, 2021 12:07 PM
I probably look like I do nothing but play games with how many games I have on my shelves, but in reality I've probably played less than half of them, lol. Many of my books have been just dust collectors for far too long as well.

I'm probably just old but I'd still say the PS1 remains one of my favourite consoles. It had so many interesting games, some good, some simply just interesting, and many that I remember fondly for the nostalgia rather than really remembering anything about the games themselves. Super Mario Galaxy was tons of fun, one of those few games on the Wii that implemented the gimmicks of the Wiimote well imo. If you ever do get a Switch, I highly recommend Super Mario Odyssey. It has much of the same flair Galaxy did. Galaxy is also on the Switch, in the 3D Mario Anniversary collection (or whatever it's called).

SnugglyWhuggly Dec 25, 2021 9:04 AM
Yeah, it's been a difficult past 2-ish years in general for a lot of people. I have a Switch, but I've mostly been playing ancient games recently, lol. I'm currently playing through Suikoden 2, it's one of the many games that's been sitting in my backlog for far too long. I plan to get a PS5 eventually, but it hasn't got enough games currently that interest me justify buying myself one anytime soon (especially when I already have far too many unplayed games, lol).

SnugglyWhuggly Dec 24, 2021 12:02 PM
Mostly. I got a new (physical) scar this year from an accident, my father has had increasing health issues, and then there's just been a lot of mental stress in general. Sorry to hear you've also had a rough year. Hopefully life is treating you better now at least. What religion did you convert to (if you don't mind me asking)?

I haven't really watched much of anything in ages now, lol. There's some anime I wouldn't mind watching, but I often just end up doing other things instead, which is usually reading or video games nowadays.

Zahraung Jul 17, 2021 9:29 PM
I don't why but Texhnolyze was not as boring as you said, it's unbelievable that I got bored with Mushishi more than Texhnolyze. I was even watching two other shows (Princess Tutu and Ayashi no Ceres) but they both were not as interesting as Texhnolyze. I am a weird for enjoying a “boring” series.

I agree with your Masou Gakuen HxH review, that series was a horribly animated attempt to be a parody but it was repeptitive.

For now, you are one of the oldest users I have seen in this site.

TheRadPhysicist Jun 25, 2021 9:25 PM
Nice texhnolyze review. That shit was frustrating to sit through
All Comments