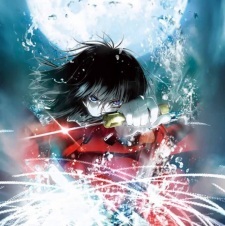 TsubasaFamily May 28, 2019 8:44 PM
Fragtime is really funny, I'm excited for the adaptation xD Still want my Murcielago adaptation as well...

See, I would disagree on the Sakura Kiss point. Sakura Kiss is more along the lines of what I want to see more of. Reason begin, Japan as a culture isn't remotely like the West, so I think the idea that yuri needs to serve a purpose beyond entertainment there may not be the way to go about it. Fiction can be powerful, but it's just fiction; I don't think people become disillusioned by fiction unless there's either something mentally wrong with them or they've been led by society to believe that fiction is political and has real-world consequences, which is actually more the case here than in Japan. I mean, consider how long lolicon has been around in anime. Yet the rate of charged crimes for pedophilia is much lower in Japan. I think that's directly correlated to the fictional content making it seem like "not a big deal", which actually has a net positive effect on a society contrary to what many think. Much like the uptake in violent videogames actually correlated with reduced crime over the past 2 decades.

So I guess in my mind, I think MORE yuri is the solution, not more of a specific type. And since popular yuri will always be popular, I think it's worth just sitting back and enjoying it for what it is. After all, most "yuri" is either contained within non-yuri shows, or it's the "Are they friends? Are they more than friends?!" variety, both of which trivialize lesbians as an actual type of people who exist.

...and you thought you were long-winded lol. I hope my view makes sense whether or not you agree!

TsubasaFamily May 27, 2019 1:07 AM
I totally understood the intent of the article, and to that end I think it's good to see lists like that, I think I just took a slight issue with some of the wording (like tropes "plaguing" yuri works) because I don't think tropes are generally a problem. Well, that's only partly true... maybe I'm not sure what you mean by "tropes". Like when I look at works like Bloom Into You, Citrus, Fragtime, etc. I consider those tropey, but definitely not a barrier to the works being considered yuri. Class S, on the other hand, I really have a huge problem with and don't even consider it yuri to honest... like Marimite *shivers*

TsubasaFamily May 26, 2019 12:23 AM
Just out of curiosity, do you have something in particular against popular yuri tropes? I don't get that impression looking at your list, but I read your article and the verbiage came across negatively towards them (which was the one thing about the article I would have changed personally).

Illumoonati42 Apr 25, 2019 10:24 AM
Aha I geddit. In retrospect, I was kinda blinded by exasperation and forgot the point of the article itself. Thanks for the recommendations!

And of course, thanks for the recommendations, some I didn't know

Nabris Mar 29, 2017 10:32 PM
Milk Morinaga is actually one of my least favorites, I think it's the art style. She can write a mean story, but the art is just too... sugary for me-- oh wait, nope I'm actually thinking of Akiko Morishima. XD Oops.

I could have done without Moritani's beta personality, but it was still fitting for what the manga was. Haha see? I thought the characters were real shitty people, but shitty people I gradually warmed up to. Except for Sachi. She can go burn. I did like that one too! One of the more realistic and grounded manga from her. But Shuninta's Sweet Guilty Love Bites was pretty good, I find myself rereading it a lot sometimes.

Agh god now you've got me on dynasty reader looking for new yuri manga to read. But hooooly shit I didn't know Kiss and a White Lily has 30 chapters already. Wow it's been a long time since I used the site then. XD

Nabris Mar 29, 2017 10:00 PM
Well there are lots I've kinda sampled on Dynasty Reader, but it's been kinda hard to find something I actually like. There have been more misses than hits for me lol.

I think Fragtime really got to me because it's more about actually being able to bond with and really know the person you say you "love" rather than the romance itself. But I know a lot of people dislike it for Murakami's character. I thought it was refreshing and quite different than what I was used to.

Another yuri manga I really love is The Feelings We Must All Endure. That one is truly the "you either hate it or love it" manga.

Nabris Mar 29, 2017 9:33 PM
Ohh haha, I don't update my manga list at all, but you're right that I haven't read a lot. I think the last new-ish thing I read was Bloom into You. Fragtime is great! One of my favorites.

didannl Mar 22, 2017 8:04 AM
dude I don't have the patience to update every manga I read, I read a new one like every 3 days. Also updating every time I read a new chapter would take forever so I gave up on recording them here.
All Comments