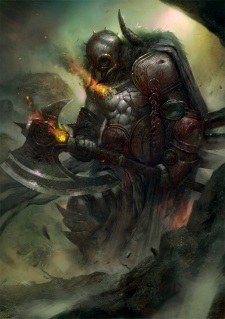 GhostOutOfShell Apr 20, 2019 8:22 AM
It's fun kinda while you doing it, but it's boring in everything else, i did get to shoot guns for a whole week straight not so long ago, and it was decent, but i would preferably read stuff or something.

They didn't though, they spent most resources on industry, anyways this point is ridiculous as before USSR Rusia was archaic country that was starving pretty much every 4 years with no world wide relevance, especially in economical sector, why USA was already word power, while in late Stalin's years USSR was stronger economical block that USA. West only maintained wealth true militarism not capitalism, well one could say imperialism is natural part of capitalism, it also depends on how you count wealth, for example it's a well known thing that in late cold war by USA data USSR had better (same calories, more nutritious) food supply for people then day did.

As for first thing, it's important. First dog by USSR was first spices from our planet, first male was first human being, first female was a step for social change which i would even argue was the one of only two steps in space race that actually changed our society in significant ways, second one would be first satellite which was also achieved by USSR. Similar stuff goes for sport for example USSR tendencies to promote woman sports was mimicked by USA as they where losing on Olympic medals by a lot, which in turn made real social progress that was also repeated in job environment.

As for expenses, USSR was treated like North Korean for most of it's existence, sanctions over sanctions, no country can beat pretty much rest of the world, no matter how good it's economical policies are.

I just finished with cheesing out that Yoshitsune persona by making him nearly invincible, but then my TV broke a few hours later. Cats and their bad misfortune. lol

That's somewhat close, actually. It's the "ultimate persona" from Persona 5, although there is a way to cheese another certain persona such as Yoshitsune and by cheesing it, the player is able to make him become practically invincible. I may or may not do that, because Satanael is OP enough as is if he has a decent build... or not. lol

goth_lumberjack Jan 25, 2019 11:19 AM
Suppy, please. We've only actually talked for like a week at the most. But I understand that you're already so attached to me. It happens quite frequently. And yes, you best be on your toes in these trying times.
Good. See to it then. Don't disappoint me again Suppy.
Oh of course. But I will add it to my list on my own time if i wish to add it at all. Learn your place young man.