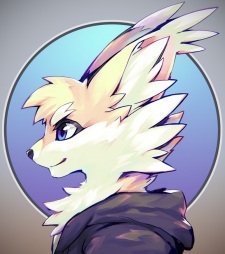 lordzeru Sep 11, 2017 7:57 PM
If you mean from the hurricane, then yes. I made it out alright. The area around me flooded badly but my neighborhood is up a bit from typical Houston street level so we became our own little island basically while the floods happened.

Nidhoeggr Nov 3, 2016 3:08 AM
Because it subverts its own themes of hard work vs lineage and destiny (set up in the first 200 chapters) completely in the last half. Naruto goes from someone who works to achieve his dreams to someone who is from the most special lineage, gets DEM training that negates his entire ethic and puts him among the best fighters within 30 chapters while shafting his character growth in several aspects. Likewise the entire Sharingan goes from a neat little idea to an omnipotent plot device that is clearly just fuled by its authors childish love for moody, edgy and misunderstood teenagers. Sasuke's turn to the darker side never made any logical sense as do his actions for nearly 70% of the manga.
Itachi is one of the better realized characters, comparable to Snake from Harry Potter in a sense if we look at its role within the story structure. Still, Kishi's fascination with bringing back older character and recycling the dead for repeatable plot points (the entire last arc) does him a massive disservice.

Overall, Naruto is therefore a fundamentally flawed reading because it is inconsistent with itself on the most basic level: Unlike series like One Piece where the eventual importance of the D bloodline is mainly about its political power in the Lost Century and potential claims and casus belli that might arise from that in the current political framework (the regime of the world Government); or Jojo's Bizarre Adventure that exercises a different take on destiny in every part (ranging from fighting against predetermined conclusions to actually fulfilling them as a bleak inevitability); Naruto *never* made such an effort and therefore just comes off as tired and cheap.

Anyway, this is just a quick writeup because I really don't want to invest too much time into Naruto, Bleach or other, similar disappointing action.adventure Shounen. I hope I could help you, though.

lordzeru Sep 10, 2016 6:11 PM
I don't use spotify really, and I don't listen to any radios. I typically find my own music manually and download it and listen to it that way.

JizzyHitler Aug 18, 2016 6:33 PM
Hell yes tekken 7 is finally excerrent, i was genuinely sad that he wasnt in the initial cast when the game was announced forever ago but whatever late is better than never

TrishaCat Jul 20, 2016 6:14 PM
Oh thanks! I didn't realize that was in the database.
Tbh, while I enjoyed it, I think it could've been a lot better. The best thing about that short imo is finding out that Sauria still exists in universe.

Exinqt Feb 3, 2016 2:46 AM
Hey, my NNID is in my about me as you can see. Just a warning, I'm located in Australia so the connection may not be the greatest and input delays of 1-2 seconds are certainly possible.


The Slice of Life Club has started our second round of voting for our Moe Competition! Below is information on our current matches and links to the polls:

If you would like to bet on the results of this round for the chance to win a profile picture or banner, please click here to place your bets!

Note: Due to the club having so many members, a newsletter will not be going out to everyone after this round of the competition. If you would like to receive a newsletter informing you of when each new round starts so that you can go in and vote, please post in this thread. Thank you!