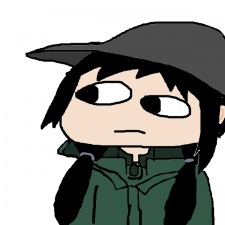 aliquae Sep 7, 2019 7:33 AM
I really enjoyed it! The ending didn't live up to my expectations, but overall I was very happy I watched it.

DoomSlayer0 Jun 5, 2019 12:39 PM
I love Zaregoto and Kubikiri cycle (anime). Not only for it's psychological aspect which is very good. I love it more because of the characters. Complex and unique characters as expected of Nisioisin. I'll never get enough of Nisioisin. Still want the whole Zaregoto series to get the anime adaptation.

Kaiba had quite an unique art style and I loved it. Also like how they unfold the mysteries. It was really fun to watch.

DoomSlayer0 Jun 5, 2019 12:21 PM
First of all thanks for accepting the request.
I found your account randomly and saw you had Madoka magica and kino no tabi as your favorites. I also like them a lot so i send the request. It's fun to socialize with people who as same liking.

aliquae May 21, 2019 1:06 PM
I am curious to check it out as well, though there are still a lot on my list D : Currently reading a novel tho. What are you reading atm>
All Comments