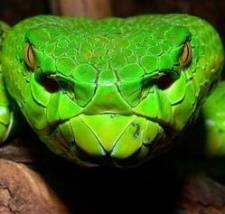 Anything new? Anything you'd absolutely recommend for me to start reading/watching right nao?

Current top 5? Whatever else anime-manga thingy you want to discuss? :Р

Thanks a lot for listening and have a nice day!

Drugzy Jul 19, 2013 7:43 PM
True, in a way you can sense a tragedy in Alpha's immortality as she distanced herself from Takahiro since the guy had a crush on her but since there are other robots beside Alpha she never had it bad. Like Aria, Alpha never got let down by anything, even when her house fell apart.

True, I did notice there where hints Aria was darker than it looked like but it never explored that and instead focused on the optimism and the joyful things in life, very similar to YKK so like the people in Aria I quickly forgot all about it ^^

Technically yes but so was the big cat I think. They just allowed themselves only to be seen by innocent people. At least that is how I look at it.

Drugzy Jul 14, 2013 9:33 AM
Yeah but I also think Aria just feels, well, nicer. It's such a pleasant world they are in and I would love to actually stay in Neo-Venezia. YKK was also felt very relaxing and nice but maybe a bit too dull but I think it focused a bit more on the passing time than Aria did as we saw the children in YKK grow up while in Aria we saw the trainees grow up into full-fledged undines (though the sudden marriage announcement certainly came out of nowhere 0_0). Also I noticed that the kids in YKK and Aria had a similar theme of growing up by meeting that creature only children could see but Aria got to say their farewells (unless my memory is failing me as I don't remember a goodbye scene in YKK).

Maybe it's though because I'm so much into gritty and dark stuff but I really liked the niceness in Aria and it felt like a real good escape from my other escapism.... sounds kinda weird when I say it like that xD

Drugzy Jul 12, 2013 7:17 PM
Hey Abu Dan, which do you think is better: Aria or YKK? I know YKK is in your top 5 list but I think Aria is better as it has more colorful characters and felt more heartwarming (at least imo).

Okay seriously... We're talking quality of the characters here. Because my very initial rebellion was against Kanna being in your favs despite being what she is and later you also mentioned Otcho and Tenma. You can love them all you want but when you say it's because they're well-developed it's only natural I'll question their worth having in mind they pale in comparison to characters from other series in terms of both development and overall likeability.

We're talking Kanna, Otcho and Tenma, remember? Not side characters.

It seems you can't understand what I'm saying. I'm not talking about whether they're random or not random. (by the way, the people in NGE are most definitely not random) I'm talking about the relationship story-characters and which leads which. You could glance at my favs list and see they're all very strong and unique personalities. They're leading thing in their manga, even if the story in their manga isn't that perfect. I've grown to differentiate that and am able to say whether it's the characters or the story or the whole manga that's strong. In 20CB it's just the opposite, Urasawa is so into making his DEEP plot that he forgets his characters. When the flashback from Hattori/Friend/Blah's perspective was shown, I was thinking "hey this is actually good" but he ended it far before the point of satisfaction and completeness. Not to mention that the actual development that the characters receive is just... normal, in some way. Not-that-extremely-well-executed and I-have-seen-it-before. NGE stomps it into the ground with full power, if I may.

CrimsonThunder Jun 15, 2013 4:13 AM
Nothing too appealing in them, I mean, they can be well-written all they want but they're neither An Absolute Genius In Character Building (read: NGE or CB or Berserk), nor do they have any coolness about them. They're random normal people that interesting stuff happens to. Once again, Urasawa is about the stuff happening.

By the way, I'll take my freedom and say that Monster even with its flaws is infinitely better than 20CB.

CrimsonThunder Jun 12, 2013 6:59 AM
Quite possible, but that doesn't make her a strong character, just the strongest out of the bunch. Urasawa was never that magnificent at building characters, it's the story itself, its structure that is out of the ordinary-ly good in his manga. ~

It is very good, but Kanna sucks. A lot. Like, very very very a lot.