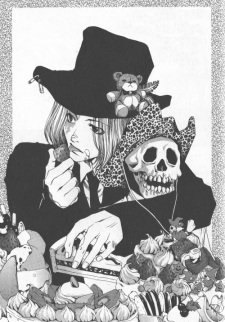 Which anime/manga have you been rly enjoying lately? Any surprises?

PseudoWounds Sep 8, 12:38 AM
Hello! would you mind telling me where your profile picture comes from? it's pretty cool
Thanks!


The only subject I'm procrastinating with is the compulsory Swedish language class...
YIKES Swedish! Just joking, yeah that must be difficult too. I have the luxury of being Norwegian so Swedish is pretty easy, but not vice versa (with dialect) - so I talk Swedish now with my Swedish colleagues.


I also had a HUGE craving for WoW because of The Burning Crusade nostalgia hitting hard.
If it was WoTLK I would have had the same thing, because that's when I started playing hardcore back in the day. TBC was more of a beginning, and I started so late in the expansion that I didn't get all those memories. But rest assured all my friends started playing, but I held strong not to touch it.. Too little time, and too much time constraint to play that game right now :D


What are your thoughts about FF? :0 I've never played them either!
Honestly, I'm surprised how good it actually is. I mean I know that it know surpassed WoW in terms of numbers and players, but I thought it was a like a niche-MMO for those who enjoy cat-girls and general FF storylines. The biggest difference is that I'm invested into the story, and it feels more like you are playing a visual novel honestly at times. There is so much story, cutscenes etc throughout your leveling journey. And that's the other thing, FFXIV is more about the journey rather than the destination (like with WoW nowadays).

So yeah, it's really good I would say, and I'm still on my journey leveling alongside the story. But I did have to change my mindset coming from WoW. People are more helpful and less toxic in this game for sure, and it's not as hardcore as WoW when it comes to difficulty and competitiveness. But they do have their own hardcore end-game stuff too. So in other words, we'll see! :D


like a library!" And then I went for it and discovered that there's so many options beside library work that I dunno what I'm gonna actually do after graduation. :D
Hahaha, that's funny. Like a library and then on to Science! :D That's great though, and I can understand that - I hate loud environments in general so after one day at traveling I'm dead tired. Not from the traveling itself, but from the actual loud decibel levels at the airports. So loud and exhausting.

I mean it feels like the Anime industry in general could expand into so many different sports, and they kinda already have but with a big focus on things like tennis, baseball, basketball etc but there so much more. But maybe it will come now since Olympics was in Tokyo? Maybe a bigger interest in terms of audience and reach.

AL_TheProdigy Aug 11, 10:13 AM
Glad to hear that! (:
But I would't like to change places with you haha what kind of tasks do you have to do?

Draken___ Aug 10, 2:32 PM
Btw,do you have any good manga recommendation?
I'm bored and I really want to read something

Amane8009 Aug 10, 9:17 AM
Hello! I saw that you've finished and reviewed one of my favorite manga called Devils Line. I was wondering if you read it online? I've been searching for ages. I'm on chapter 69 and I know it has 80 in total. I can't seem to find it anywhere for the life of me.

I figure I might just have to buy the final volume in English. I just thought I'd ask and see if you could help me out in finding those last few chapters.

Don't neglect your schoolwork for playing video games! ~Angry parent
Just joking, waha. What games have you been playing? I tried going back to WoW for some fun with the new expansion but ended up being too much of a time commitment. Now I'm trying out FFXIV of all things, and I say of all things because I've never touched that franchise before.


Can you already smell the autumn?
Not yet, but I hope it comes soon. I'm kinda over the summer and the heat in general. I'd be happy with some rain right about now to be honest. Summer was good though, had a little holiday up north to visit my dad and family. Got sick 2-3 days after I arrived there, and yeah I'm still coughing 3-4 weeks later. :D But not like bedridden sick, just snotty and throat pains. Ended up having to take covid test and all that drama but I survived (wasn't covid) and still managed to have a good time. Came back to my city, and finally I got to take my first dosage of the vaccine. Survived that too. And now I'm back at work again, fun.. (not really) :(


Millionaire sounds like a very solid career option. (^w*) Where can I apply?
Ask me again in about one years time and I might have a good answer to this. I'm working on it. :D Haha.

As for Jujutsu Kaisen, it was great. Simple but solid and effective story, and really awesome animation to top it off. Hoping for a continuation as always since I feel like we just started really.


I'm gonna major in information science (probably). I'm enjoying literary and language studies as well!
That's really awesome! Was this something you just woke up one day and wanted or was it long time dream?

Also lastly - where is all the sports Anime?! :( When I came back I was hoping that there was something in that genre I had missed but..

VitoChurras Aug 10, 3:58 AM
thanks, I started reading d.gray-man this month and I'm loving it so much

Have a nice weekend!

Glazeado Aug 5, 6:29 AM
oh how bad, hopefully you do them all, luck in it
All Comments