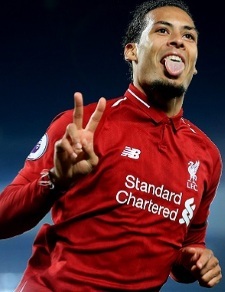 SamHandwich May 17, 2019 10:41 AM
In Snow's case, he was eliminating a threat that has proven to be hostile to those around him. Tyrion was in an "us or them" situation. The rest were personal conflicts between individuals with motivation to support. Danny just massacred the golden company, the lannisters, civilians, and her own soldiers after they surrendered, driven crazy by the sound of bells and seeing the tower. You know who does that? Pit bulls.

I'll admit there is one case where what she did is forgivable: If Bran warged into her in that second where you saw her go mental.

_Leaf May 13, 2018 5:37 AM
At least I made my point, that was all due to frustration bcz I had better expectation for Silent Voice. Did you enjoy this far more than Your Name? Just curious.

Draconix814 Apr 26, 2018 3:10 AM
Hey, thanks for accepting my friend request! Been seeing you around the Berserk forums lately so I thought I might stop and say hello.

BananaBeam Feb 3, 2018 12:58 PM
Yeah same. We need sane Casca back. I just wonder how she'll react when she finds out all that Guts did for her. Hoping for another banging scene tbh lmao.

BananaBeam Feb 3, 2018 12:35 PM
Ay man I see you on the forums a lot and you're a huge berserk fan like me! I agree with you about the shitty movies and the new berserk series. They botched it so hard. However, I love the 1997 anime. Very well made. What do you think of the latest chapter? Doggo berserk is fucking sick lol.

Danae Dec 21, 2017 9:10 AM
Really? I was pretty positive that we were gonna continue with Casca since the last chapter was with them iirc... I hope Miura took that hiatus in order to carefully plan how he would execute Casca becoming sane again. Sorry lol I've been re-reading the last few chapters recently because it's easy to forget stuff during the hiatuses, so getting off the boat seemed recent to me xD But what I meant is that Miura finally paid off with the boat journey so I don't think he'll drag this either. Although I'm still side-eyeing how things will proceed because Guts has decided to make Casca his priority instead of revenge.. and I can't see the manga ending without a confrontation of him and Griffith so I guess something has to happen to the group (imo it's unlikely that there will be a negative development with Casca).

Yeah Shin Angyo Onshi is really good! Glad to see a fellow fan since this is a really unappreciated series.

Danae Dec 20, 2017 10:43 AM
Heyy I've seen you around Berserk threads and I figured you're a big fan! I'm really really excited for the series' return. How about you? I think that if we got off the boat then there could be soon a development regarding Casca.
P.S. if you love Berserk I think you're gonna enjoy a lot Shin Angyo Onshi :)

Hias Nov 21, 2017 11:40 AM
I'm gonna go out on a limb and say that I actually enjoyed both seasons of Berserk. Certainly not perfect in the slightest, but they were fine to me, I still got to experience the story animated, finally.

Ryusenkei Nov 2, 2017 3:18 PM
Hi! Thanks for accepting my friend request. I had to send you one once I had seen your profile!