DawnHibiki Mar 31, 2019 10:07 PM
Hey Target_Finder, I just want to say that your anime reviews are amazing. I completely agree with you that Harukana Receive is way better than Hanebado. Harukana Receive has many great, lovable characters while Hanebado does not.

jorge-san Aug 13, 2018 1:39 PM
you have right, the drama is forced but in harukana receive is worst because dont have animation even sound, haruka doesn,t play voleyball in his whole life but hit a perfect shoot without think in wind and sun, and in the next chapters she go´s to train a few and magicly, she already knows play voley

A flashback actually showed Ayano offering the path of friendly rivalry after beating her the first time, and getting rejected. So then Ayano's like 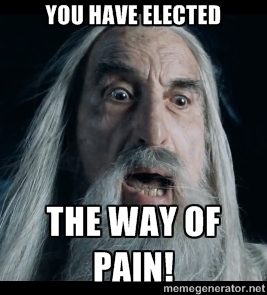 And I guess now Ayano's been enrolled in the "You need to learn to respect people who don't deserve it" character arc, which seems out of place in this anime.


It was fun to watch pink girl lose, but it was not fun to watch Ayano win, because
I'm more concerned about her likely PTSD than I am about the game. :D

The typical anime angst formula seems to be to first make an antagonist seem totally unforgivable, then show their (often tragic) backstory to get the audience's sympathy. Ippo does this sometimes, and it works there, but in other shows I typically don't buy it. Yume in Toji no Miko was a recent example; her backstory was sad, but it was no excuse for becoming a sadistic predator. I assume there'll be some sob story about Connie never feeling like Mom fully accepted her, and Mom will probably have some BS "real reason" for leaving Ayano.

Maybe the creative team were thinking they should make it as serious as possible to stand out by distinguishing it from typical female sports anime. The show pleads "respect me, I deserve it," but then there's a jarring bath fanservice scene anyway, suggesting the producers and staff were not all on the same page.

It doesn't make the sport look fun, but it does look cool, I guess that's enough for some people :)

jorge-san Aug 6, 2018 2:53 PM
hello, i just saw your hanebado review i and the true is that i dont like because if you think that highschoool DXD or RE:ZERO is better than hanebado i dont understand you, i already saw so many animes that sometimes i opnions of the people, why you dont see haikyuu or kuroko no basket and stop seeing so many animes mainstreams

nDroae Jul 28, 2018 9:15 PM
Nice work on your Hanebado review, I saved a copy. Normally I have below-average aversion to melodrama, and I liked the Aragaki conflict well enough, but this dogpile is incredible:

• Childhood rival hates Ayano, made her sick to beat her
• Ayano thinks that this is why her own mother disowned and abandoned her
• Mother took on a foreign protege... WHO HATES AYANO

I'm currently 1/3rd through the first 75 episodes of Hajime no Ippo, and the masterful way it handles drama and rivals makes Hanebado look like a ludicrous laughingstock. It's unfortunate when an audience is so starved for content of a category (serious female sports anime without moe/ecchi) that a show offering it is automatically received with immense goodwill. I sometimes react that way myself, especially to anything positively portraying realistic bugs. I feel like I ought to watch Ace wo Nerae after this as a palate cleanser.

Apparently the humor in the Hanebado manga was cut out and some like that change, but others don't.