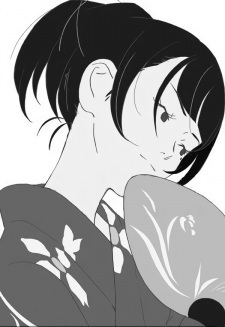 Yeah, I thought about that, but y'know, there's some sort of coziness in talking on MAL (and in MAL in general) and it was stopping me from adding you on Disord. But I guess it does make sense to switch to Discord, so I'll send you a friend request and will answer to this message there. See ya!

donpax Sep 14, 2021 12:10 PM
WHAAAAAT? You've gotta be kidding me! For a whole five fucking months I was pretty sure you'd hated our conversation about "pedophilia" in Monogatari and Mushoku Tensei, and hence you didn't want to talk to me anymore and ignored every message of mine that came afterwards. Though I did think you'd probably unfriended me, if you didn't like me, that's why I was still hoping that you'd answer eventually. But the last time I thought it's been a bit too long already, especially considering you answered to some other guys (it seems you were ignoring some of us, but answered to others)

But yeah, I totally understand, it's absolutely fine! I often take breaks as well, though just a few days usually, but I've even been private on AniList for four months already because I was exhausted by it (AniList is too social media for me, those activity comments and likes suck the life out of me). So yeah, we're good, really appreciate that you did eventually answer :)

Texh:
I'll maybe even change my 8 to 9 after I watch the other "smart shows" (or how do you call them?) like Ergo Proxy and compare them to each other. Texh is fucking fantastic, it's simultaneously thought-provoking AND very enjoyable. There are titles like "Homunculus" and "Kara no Kyoukai" that are maybe thought-provoking, but not really enjoyable, especially cuz they're too focusing on the philosophical part, forgetting about the plot and even the characters, which become a mere tool for expressing the author's philosophical, often almost nonsensical ramblings. But Texh is a very well-rounded work: captivating plot, great characters, phenomenal atmosphere (environment? I'm not sure what is the word I'm looking for) AND plus solid philosophy, that you really want to understand, interpret, discuss with others. That's how you make a "smart work of fiction"!

Monster:
>> I seem to only remember things that I didn't like about it now...
LMAO

Yeah, I see, it makes sense. The first person I went to talk about Monster was Pragyan1, because he loves it so much, but it turns out he's never rewatched it since he watched it 5 years ago, thus it was a bit hard for him to recall stuff and discuss them with me. So it makes sense that you just removed your perfect score for now.

For some reason I don't find the words to praise Monster, lol. I remember just how I looked at my 9s and some 8s and thought "yep, Monster is pretty much better than any of these", so I gave it my first 10. And then I thought "so it means Monster is literally better than every animanga I've watched/read before?" and I was like "huh, yep, pretty much".

donpax Sep 7, 2021 8:27 AM
Okay, got it. Can you then at least tell me why exactly you started to ignore me at one point? It's totally your right to not want to talk to me, but PLEASE tell me at least why you don't want to anymore :(

donpax Aug 23, 2021 8:59 AM
Hey, a person who loves to ignore me for some reason! I've seen you'd given Monster a 10, but you removed your score at some point. Is there any particular reason for doing that or you just want to rewatch it and reconsider your opinion on it?

snack4774 Aug 13, 2021 12:47 AM
well I am also very excited for the sequel.
The first season was one of my most favorite anime's of all time. I don't care if the sequel isn't as good as the first one, I am just happy it is getting another season. I love time travel subplot shows and the synopsis says it will have something like time travel or time machine plot in it.
Sad that MADHOUSE isn't animating it but whatever. looking very much forward to it