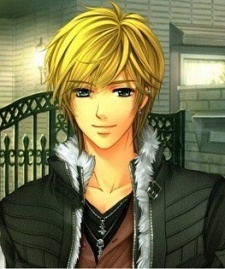 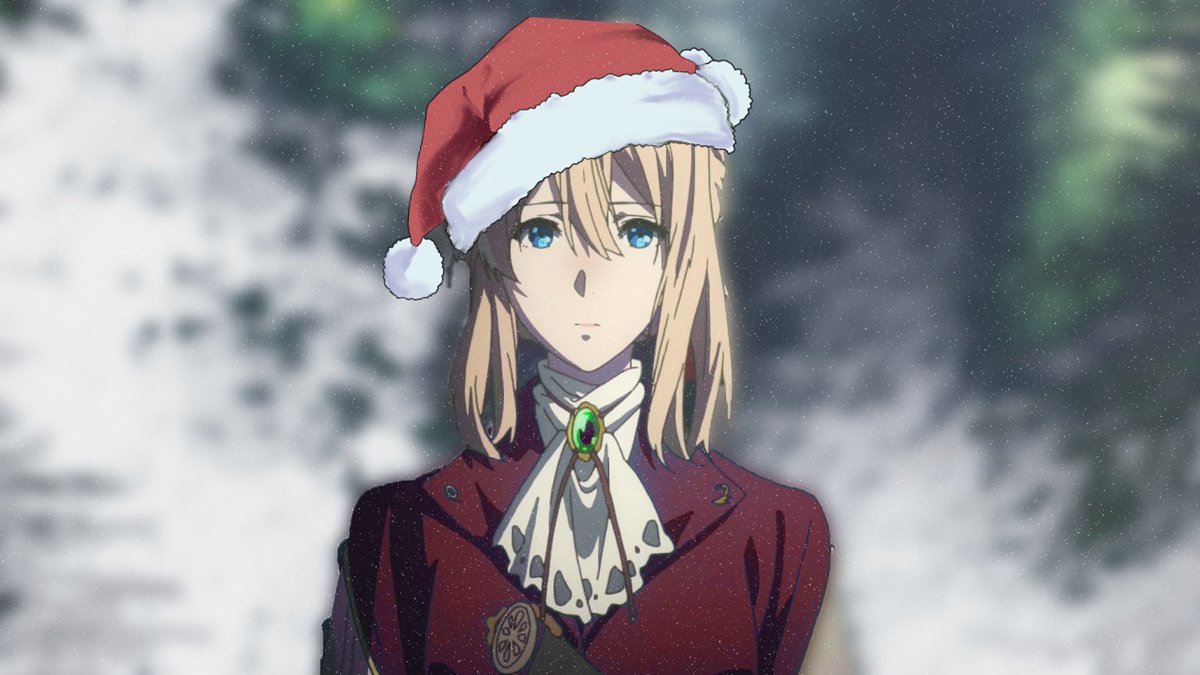 Aruchemist Nov 27, 2021 6:46 AM
No worries! I'm curious, may I know how old are you and what's your occupation? I'm also better at normal keyboard so no you are not outdated :D No I'm not going to remove a person I'm already attached to be friends (please don't take this in a weird way).

Good to know if everything is okay. It seems you have watched a lot of anime so that's kinda hard to find a good one, even me a person who have not watched that much are not often interested watching anime. My advice is don't force yourself because what's the point doing something you don't enjoy. Just take your time and go watch anime when you're interested. Ahhh I see, that kind of thing must contained a lot of memories for you (or maybe not, sorry if I was mistaken). Listening to music doesn't really help for me but it did make me feel a little bit better in a very temporary moment.

Yeah sure man chill. You don't need to explain me in details or give an analysis, just take it as we are chatting about an anime :D

I'm trying to be fine. I rarely watch anime in the time gap of October-November but I've watched the first 3 episodes of Kaguya-Sama recently and I don't think I will pick that up again. I also have lost motivation to consume anime because it's just different as the first time watching it. Back then, everything used to be alright and atleast I could distract my mind by watching Japanese cartoon. I'm starting to value my starters anime way higher because I miss those moments.

Chatting with you did feels like an actual writing message in the old times when you have to use bird or things like that, which is a pretty gold experience for me since in this era everything was almost an instant :D So yeah waiting for your reply and wish you all the best for your work!

Imani-San Oct 31, 2021 6:49 PM
So glad you got to go to moscow! Thats sounds very interesting. Also glad you had fun regardless of being there for something specific.

Oh I see. Covid affected America greatly which is why I assumed it was a covid issue.

I have traveled in a plane but I rather do a van haha I have had so many bad things happen to me on planes. Fainting, bad turbulence, almost crashing once, etc.

Traveling on a train does sound romantic and instantly reminded me of demon soayer mugen train and moriarty with the train scene. I dont know why as neither were romantic and both incouded death but yeah haha

Yeah it is a pity we cant cross the ocean with vans and trains haha. But it sounds like you have made many story worthy experiences!

I have gone to many places but the most memorable would have to be the last cruise ship I went on where we went to multiple places, most notably Puerto Rico. It was very hot, colorful and had its own special vibe. I got a dress and a bag and some great food.

leticiasantos1 Oct 30, 2021 10:58 AM
It's okay Lu, sometimes we don't have a lot of time to use MAL, I forget to answer myself too, but I know you don't do it on purpose. It's great when you feel comfortable where you live, living in cities becomes very practical when you live close to everything. I don't know much about Russia, but meeting you sparked my interest. Nice to meet you. Where I live doesn't have many mysteries, it's a place that isn't very valued, so I'd like to move in the future. The concepts of fragility, dominance and power over the human race are very clarified in the work of Code Geass, as a war can change an entire structure and shake the psychological of the most affected groups, it also shows that fighting for their honor and country for justice is something that forces the human being to show what is strongest in himself, surprising himself. The Mechas in Code Geass, the palaces, the characters, all are well structured. My favorite character at the moment is Izuku Midoriya, because I kind of identify with him. I have the desire to sacrifice my good for the sake of others, not wanting to give a perfect image, but that's really how I feel. My first official anime was Fullmetal Alchemist, when it was on television in Animax, I fell in love with the concept of alchemy with combined attacks, the story involving god and creation in a more spontaneous way, I love that about Japanese works. For me everything has to involve emotion. French has a very nice accent, from the short conversation I have with you I'm sure you have a good accent, as you are used to learning so many languages. Do you feel like visiting one of these places if you could and Why? Yes, actually studying is important for the improvisation of human resources and I believe it is a fact that I want to impose on my life now, thank you very much for the example. You're welcome, I really care to know about people's lives and you seem to be someone very kind and interesting to meet, thanks for listening to me too.

Ahhh I see. Feel free to share with me about anything whenever you feel down or chaos (if you want to). Good to know that anime helps you.

Oh wow that's an unexpected answer hahaha. I don't think you're a toxic person from this conversation (well I don't know about the others :D) but I think there is some point which I could understand toxicity. Example, you get shit-talked by someone, and the you shit-talk him back, I found that kind of thing normal (still not a good thing, but alright :D). Not directly but I have found someone being extremely toxic to others just because they gave his/her favorite series a low score. This guy basically tell them they don't have a brain, shit taste, should not watch anime and get a life. The funny thing is, he said it in his profile he is 13 years old and just got into an anime. He have watched like 30 animes and he already shitted on other animes he hasn't watched. From what I've seen, he really is trying to be mad different to get a validation, and the worse thing is some people still being nice to him in the comments. Well, I wanted to say :

“To know what is right and choose to ignore it is the act of coward.” -Hatake Kakashi

I wanted people to told him to shut the fuck off and just enjoy watching anime. I'm a coward myself since I don't want to get involved in negative problems so I decided not to tell him anything. These kind of people who shits on other's preference and even mocking them personally made the internet worse. They probably have seen an analysis on some elite or "only for people with high taste" animes and act like they have understood God himself. They don't fully understand the anime itself, but bragging about it, trying to be superior for the sake whose better at consuming Japanese cartoons. I'm sorry if the mood here is kinda negative :D.

Well probably it's because I almost have no life :D. I have spent an unhealthy amount times on MAL lately so I could feel a little bit better. I should be searching for what university I'm going to apply but no, I spent my times here. I usually talk about animes (ofc since this is an anime website :D), what made them liked this anime or what do they think about bla3, but I sometimes talked about real-life problems or maybe things with is off from anime. You don't have something wrong man and honestly I'm more into talking about real-life itself. It could still have a connection with anime, but I don't want to be here fully talking only about animes :D.

For now, let's talk about anime. What made Code Geass your favorite? It was in my top 2 anime at one point.

leticiasantos1 Oct 22, 2021 1:01 PM
I was just take a look at your description and I thought we have a lot of common!! I also like to watch sci-fi works. I found interesting and cute the way you describe yourself

leticiasantos1 Oct 22, 2021 12:59 PM
That's nice, but why you use "not bad"? Talk with me! :D I see you from Russia, how is this place? do you like where you live? Haha, yes! I Love the way the characters involved romantically with each other, In special I'm a big fan of Lgbt community. You have to watch these ones, they're all good animes to see. About your favourites I just finished the Season one of Code Geass, but It is a pretty good anime, I love the way Lelouch uses his intelligence and strategy to military concepts. What make you like these animes in special? My language can be a little difficult to some people, but I really like it. Russian looks like a pretty language to learn, I'll put that in my list to study! So someday we can speak in your language! We can become friends, I can Talk alot sometimes, sorry! Well, about another types of romance, what do you appreciate the most? You can reccomend to me ? ❤

I don't know if I could say I'm okay but I don't think my situation was bad enough too for now. My being on MAL? This might sounded very generic but yeah I will be nice to everyone and I also wanted to have friends in MAL which I could chat frquently :D

How about you? How are you doing in life? Also it seems you're already experienced in this website since you have joined by 2009. Is there any toxic person you have met? It just seems everyone was nice currently :D

Imani-San Sep 28, 2021 12:30 PM
I hate when that happens. I usually reply back in a mediocre way afterwards lol
Yeah covid has ruined alot of things, If thats why you can't do it. And it's nice you have travel plans. :) I have always wanted to travel the world in a van haha.
Np! The anime had alot of drama
OO yay we both are into blue.
I have no idea what my first image was. It could have been anything, and now I am sad that I no longer remember. But it has also been a character from a skate anime I watched some months ago, and it has also been the girl from perfect blue.
I am lazy haha but I just like how cool the gifs make the comments hahaha
I don't want you to feel that way about it.

He is Takigawa Masaki (Masa-San) from tsurune kazemai koukou kyuudoubu. An anime I enjoyed and just completed.

I like blue, yes. On here I have done pink and purple themes. But blue is really cute to me. Blue also matched the MYANIMELIST border colors.

Blue-haired anime characters are the best. They are so calm in their disposition but carry baggage it. You would not know unless you became close to them.