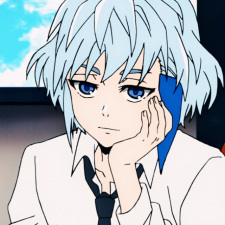 Elf-tan Dec 17, 2021 6:35 PM
Avoid Santa's Naughty List and send your gift!
Don't forget that your gift is due by Sunday midnight! Please arrange time to complete your gift before the weekend is over, or you will not receive the Secret Santa badge and our elves will be sad :(

If you are no longer able to make your gifts for some unexpected and unavoidable reason, please fill in this form so that we can start working on the backup gifts necessary. https://forms.gle/SWenp3PdEyyfcCs28

Thank you for your cooperation!
~MAL's Secret Santa Elves

kihel Jun 6, 2021 5:02 PM
In fact, there are 751 manga (including film comics and anthologies) in the box. If you replace the hardcover novels, light novels, photo albums, and movie pamphlets with manga books, you could probably fit about 850 manga in the box if you tried hard enough.


I don't know the exact number, because I have manga in cardboard boxes other than the bookshelf, and they're piled up on the floor. I don't want to count the doujinshi, but I think I have more than 300. When I see a picture I like on the cover, I buy it.

kihel Jun 3, 2021 5:25 PM
Thank you for saying it's cool. The ones that don't fit on the bookshelf are put in cardboard or something and placed around the bookshelf, actually, you can't tell from the picture.


I know it's late, but thanks for the friend request too!

I'm from the "Top > Forums > Manga Discussion > Do you collect manga? I'm the guy who was communicating with you at

I know it's a bit late, but I figured out how to put images on my profile page, and I've added images of my bookshelf. I hope this helps you...

I haven't sorted it out yet, though, so I will soon.

Raideroz-nim Apr 25, 2021 3:59 AM
Great blog ''How I Rate Anime/Manga '', u really thought this through. It helped me to understand what I want from my manga rating system.

Secondly, I read your forum post about recommending bookwalker. And I remember some months back someone said its also a source for reading light novels. Now do you maybe happen to know how bookwalker is in terms of light novels? How does it compare to Amazon Kindle? Does it have a pop-up dictionary like Kindle does? I am mainly interested in getting Japanese light novels, and on Kindle thats a drag, because you need a Japanese Amazon account linked to a residential address in Japan to get access to most of them...
All Comments