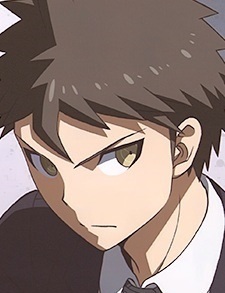 RebelPanda Feb 14, 8:09 PM
Nope I love Hajimete no Gal. The dub is amazing. I'll pick up Iruma-kun again, it kinda lost me after a couple of eps. I'll finish Sleepy Princess soon

I just wondering, what's his name, the guy on your profile picture? and from which anime?

RebelPanda Dec 18, 2020 6:11 AM
I'm not surprised the positive reviews are escalating suspiciously fast. Elaina is a character who can't handle criticism, why shouldn't that breed an audience of people who want to defend her? Probably Reddit lol.

Pial_Sarker Nov 10, 2020 7:48 AM
People who said Attack on Titan overrated get slaped on their faces, pretty funny huhh. Everyone said Attack on Titan is narratively weak, in truth it foreshadowed it's story, characters and events meticulously. They think it suddenly involved and became great. It was never been narratively weak people were so busy criticising it just because it reached the heights your favourite anime couldn't. They felt pride mocking it and acted like nothing good about Attack on Titan never existed now they have became the mocking material.

RebelPanda Sep 28, 2019 8:15 PM
Thanks man. Hype dies pretty fast after the next big thing starts airing, I wouldn't be surprised if opinions on Demon Slayer changed over time. Even if it is buried, at least there's a voice addressing the show's issues in depth opposed to the enjoyment/audiovisuals.