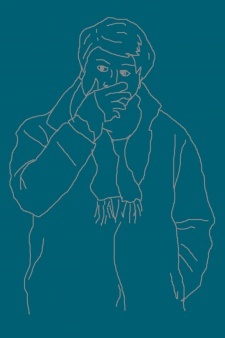 techshrek Jun 6, 4:03 AM
Particularly well-written claymore review. I took my time to peruse a few of your other reviews, thinking we had much in common, but found little. That was of little matter, of course, although it did leave me a tad disappointed(nothing on your part). Regardless, I had corroborated many of things you had written in your review in my thoughts as well.

jiggywiggy_ Sep 14, 2021 7:04 PM
very fair Claymore review. I ended up agreeing with a lot of stuff I hadn't thought about

sophiefreeman Aug 27, 2021 12:12 AM
your nge manga review was solid as hell and i agree with it completely

Gumi_39 Jan 27, 2021 1:43 PM
What separates shit taste from good taste? I've seen that a lot on this website, and honestly, I think your "taste" is just what you enjoy, and there isn't right or wrong.

RobinLopez Oct 8, 2020 9:09 PM
Man I was really liking your reviews until I saw the Wolf's Children one... to each their own I suppose

Berry-Vodka Oct 2, 2020 4:41 AM
xD couldn't agree more wtf. may have to tweak my score a bit after having that boring anime entry that jin roh was >_<

Berry-Vodka Sep 29, 2020 10:25 AM
God i never thought i was gonna say this but after wasting one hour and forty minutes on jin roh just waiting for something to happen i think now that angel's egg is so much better! o.O

ShintyShinto Jun 14, 2020 9:23 PM
If someone had told me I was the only person on Earth who felt underwhelmed by Jin-rou before I read your review, I would've believed them. Its plot to me was like a blank jigsaw puzzle. The polar opposite of story being handed to you on a silver platter is not a good thing; I don't know why people praise this movie for its obscurities in the story department. It's confusing, and too uninteresting for me to even want to piece it together. On the other hand, as you mention, they couldn't have made it any more obvious how it was going to end with that Red Riding Hood exposition constantly being screamed down your ear, losing all weight by the ending.
All Comments