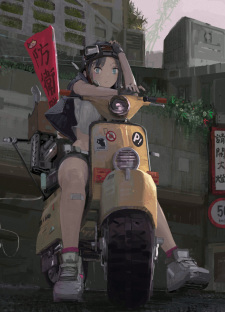 Fierrza Jun 15, 8:50 PM
Just saw ur review on the pick up girls in dungeon or what ever that show is called. Comparing to it season 1 to were it got to in season 3 is laughable. Literally the only 2 things I wanted the show to do was focus around the sword princess and a touch of Mysteriousness. Couldn’t do. I dropped the entire thing somewhere in season 2 so unwatchable.

donpax Mar 5, 4:26 AM
"Wait, was SAO always that bad?" - this was my first thought after I finished SAO: Alicization - War of Underworld Season 2 (this was actually my second thought, the first one was "what the hell happened in the last 4 episodes?", but whatever). I watched the first two seasons of SAO in 2017 and loved them, then I watched Ordinal Scale later the same year and liked it, then I watched Alicization in 2019 and loved it, then I watched War of Underworld Season 1 in 2020 and liked it. And finally, I finished watching War of Underworld Season 2 yesterday and I really disliked it. After reading some negative reviews of the last 3 seasons of SAO, I realized how shitty SAO was all along. My life will never be the same as it was a week ago, before I started watching WoU 2. I always thought that SAO haters were just pretentious elitists, but it turns out that SAO is actually bad.

RebelPanda Jan 20, 10:20 AM
Group-think. The more praise for a show the more, the more people to perpetuate the echo chamber. It happens with smaller cult shows too, but not on the same scale. Of course, the more love for a popular show, the more hate.

RebelPanda Jan 13, 1:23 PM
LMAO not quite. A panda's diet consists of bamboo and leaves, which they can only digest about 20% of.

RebelPanda Jan 13, 11:58 AM
Maybe her whole life is a dream because SHE is the one who committed suicide.

It is hard to figure out when she fell asleep and when she woke up. Reminds me of Inception.

Wakane Jan 3, 8:23 PM
Hey dude I saw your comment on RebelPanda's profile and uh can you tell me what exactly happened pls...

Both anime and manga are some of my favs, hope you enjoy!