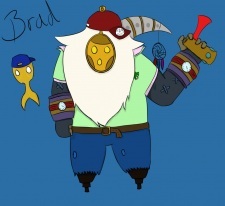 Asaburo Yesterday, 11:05 AM
No worries I mastered the skill of fleeing from the FBI

I will see if I can do that

But I also tried executing all scripts on the fetched page and that didn't work either.

So basically isn't possible to fetch and append that?

I'm trying to fetch the contents of this https://myanimelist.net/news page and append the next page below the actual page, but for some reason the content is not displayed. I even tried appending the whole html but that didn't work either. Do you have any idea why this is happening?

hacker09 Sep 1, 8:47 AM
oh okay then.
I thought that it was possible because of the 3 thing that's written on that link you gave me.
MAL also has something like data-sitekey="reCAPTCHA_site_key" on the html, so I thought that I could simply store that reCAPTCHA_site_key value on a variable and then .remove() the recaptcha

I tried a few things but without success, I was able to get the function that is called when the submit button is clicked, I also could figure out that the 'r' means that's document.querySelector.

hacker09 Aug 21, 5:53 PM
This is a bit better, but slower than showing only the reread titles

I already did almost everything I wanted, but there's a bug that I couldn't fix.

The bug is that something is making the script not work on manga modern lists,like this on this link I used to test that
https://myanimelist.net/mangalist/purplepinapples?status=2


the first bug/problem is this line

But the results are just a "blank" page, the reread anime titles doesn't appear...
I think that the error is somewhere in the function wait, but I don't know exactly where, neither what's the problem, since I tried changing the variables 'title', but it seems that they are all working correctly.

hacker09 Aug 18, 7:18 PM
Now I will try to fix and improve this
https://greasyfork.org/en/scripts/407957-generate-a-list-with-the-animes-mangas-titles-that-were-re-watched-re-read

then I will fix (and try to improve) this
https://greasyfork.org/en/scripts/407731-download-your-anime-manga-xml-list-on-any-page-wayback-machine-your-profile

hacker09 Aug 18, 7:06 PM
Fixed bugs: When the user clicked on the buttons to reset started/finished dates the button 'Reset Started+Finished Dates' was not removed. When the user selected completed on a manga page the script didn't set the total volumes/chapters. -- Added Features: Now the script shows a loading page, so that the user won't click on anything else.Before if the user clicked on something else, the values would be at risk of being overridden and messed up.

hacker09 Aug 18, 5:59 PM
Thanks, I've already implemented and seen that, I'm working on that and fixing other bugs too.

If you are curious about how the script looks like now
https://myanimelist.net/forum/?topicid=1859648
All Comments