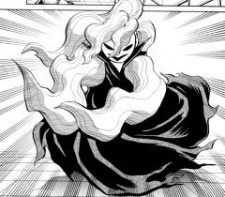 Meusnier Nov 14, 2019 2:53 AM
Don't worry, I am quite new to MAL and I use it mostly to search for new anime. Nice to see similar tastes too, since it will give me new ideas of shows to watch in the future.

Meusnier Nov 13, 2019 1:35 AM
I think that this is perfectly fine. I quite enjoyed Bleach modulo half of fillers, but it would not come to my mind to compare it with my favorites (enjoyment does not necessarily mean that we watch a masterpiece, and I think that this is one of the main issue with tastes and art critic related to visual arts; I just cannot read something written poorly, my mind will not make the effort to follow meaningless thoughts, but my body can stay in front of a screen and enjoy mediocre shows while my mind is mostly at sleep. And some are just really funny like Saiki Kusuo, so this is fine to like them.).

Meusnier Nov 12, 2019 3:32 PM
Sorry for the unsolicited comment, but since you have 3-gatsu no Lion and Shouwa Genroku Rakugo Shinjuu in your favorites, your tastes are good enough to recognize a masterpiece when you see one^^. You should then change your favorites to have the joke in your signature work better (just kidding).

Inferno792 Oct 13, 2019 7:42 AM
Yeah, updating the favorite list can be difficult to update. I mean you've got some anime that you're attached to but then comes an anime that you like almost as much or even a bit more. But difficult to remove the one you already have. Gone through it. :)

Waser May 3, 2019 4:14 PM
It's okay! Thank you for being so nice about it (unlike the people on YouTube who basically attacked me for not liking for the first season) :)

Waser May 3, 2019 12:11 AM
Hi! Sorry for the extra late reply! I did watch the first two episodes of season 2 but I still felt like it was too "jokey" for my tastes. I was really hoping it would be an anime about action (mainly fighting and such) and so forth but it just didn't hit the mark, for my tastes.

dhifal Dec 19, 2018 1:18 PM
Its just after ep.3 and i start reading reviews and i'm just afraid that the boy-boy romance is gonna grow even further, maybe not kiss, but even the slightest eye on eye meet is gonna throw me off again. I know the purpose of the that kiss at episode 3, but what bothers me is that He can actually do it in any other different way, but thats very unfortunate that this anime is fall into that genre.
Its not that I truly hate it, its just I feel that is very unfortunate because the story already Good.
Thanks for the enlightenment, i might give a second thought to continue watching with more alert to enjoy.

dhifal Dec 19, 2018 12:29 PM
and about "it only appeals to gay people" i dont know bro, there is always those people in gray area, that still going to eat at the place that they actually admit that the food is bad or even unhealthy. maybe they are looking for something else, while they can overlook the situation of the food. But for me or any other majority people better off to another better place, hell there is lots of choice.

dhifal Dec 19, 2018 12:23 PM
i didnt say so, and there is no words that imply like that. Maybe you misinterpret my logic. People are free to choose, im just talking about this one particular anime, please dont take it to generalize for every other aspect.

I have to say that I straight up disliked the whole first season and the first part of Clannad: After Story too. I felt like those parts were too childish for me to ever be able to enjoy them, but later I realised that without them, my connection to the characters would've been non-existent, which is why it's important that they are there, I just wish they were done in a better way. If I had to rate both seasons, Clannad: After Story would be getting a score as high as 10, while I wouldn't hesitate giving the first season a score as low as 4.

As to the ending, I actually liked it, and it was somehow fulfilling to me, despite the fact that a different one might've been better. But, well, I guess: "To each their own." as they say :)