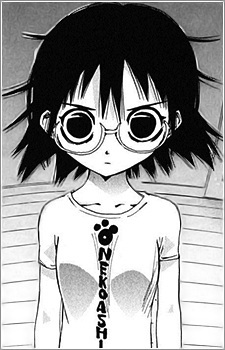 If you're still on Manga Database, then this spinoff series just ended at 33 chapters. 4 volumes in total. (4th volume releases on July 17th).
https://myanimelist.net/manga/114871/Kaguya-sama_wa_Kokurasetai__Doujin-ban

maybe the 2nd or 3rd episode

People were talking a lot about it so had to check it all out. Took me a while tbh


Yeah it's not that bad

Idk whether to feel cute or feel annoyed hahaha

I better check it out too Egg gets laid! dess hahahahha

in a weird way it reminds me of this song

I immediately thought of that when I saw the theme, then I got the right pics and bam party time! lol

There's two storylines if I remember correctly, the three or so films and the drama, those are independent

Yeah, I had it fixed so I can see it logged in and out. I asked Shishio some questions

the best work I've done so far is with the mangalist. Check it out and join the party hahahaha

Though the background does not appear when I'm logged out. I wonder why?

You are referring to the actors from 1:00 of the video, right?

That's all the same actor. He's being "possessed" that's why he has many personas lol.

Well, asides from some oneshot and movies there are some exceptions

Kamen Rider Amazons (with an S) - 2 seasons with 13 episodes each, kinda brutal

Oh and if you happen to like that, you can check out Garo too, it has similar themes and it has both tokusatsu and anime

True. ESPECIALLY the romance ones, people don't confess or change their minds easily. Society itself lives in its on world. That's why it's funny as heck that drama fans look at anime that way while thinking their favorite actors cares about them

I'll ptw those then

Yeah, I watched some of the on hold ova of Seitokai Yakuindomo yesterday and although I liked them and they were still funny, idk it's kinda boring

I'll work on it later. Not in the mood rn lol

Yeah. And they all have an average of 50 episodes each.

Yeah. Danshi Koukousei is hardly as funny as the original. I've yet to see the original for most of those so I guess I'll see the anime first

Recommend some? Tbh, although I can understand. My logic goes that if it's realistic, it should be happening to me instead of just watching it. So it kinda makes more sense to me to watch the things that ain't real. Although yeah that's escapism. I do watch some SoL but not all the time. Idk lol

Oh. Popularity wise, it's probably the older ones from the 90s backwards, or the 2010s backwards at best lol

can you teach me how you did yours?

Btw speaking of Germany and Turkey. Apparently there really is a connection, googled it just now. I also saw some of it on Hetalia

Yeah. Unlike some people, senpai has common sense - I love it hahahaha

Lol that is actually not that far

That music video plays on one season when they fight. You can see muscular dudes fighting with special effects on that video

Yes, overall people hate adaptations so much they make memes about it

I watched this video from watchmojo a while back

And although I haven't seen most of it. Some of it can be good - like Rurouni Kenshin and Honey and clover

But yeah going back I totally understand. There's something quite alluring about that sense of realism. But what I'm not comfortable with is sometimes some scenes get too close to home lol

That's nice. Do you remember which ones?

Or was it late last time we spoke?

Yep. Senpai never fails. Now I feel bad that I forgot, my bet was on Germany lol

I agree. Although I can only say that for the adaptations as I've yet to see any real dramas

I didn't even link it yet you found it immediately I mean where else could it be found, lol

But yeah most of it is adaptations and tokusatsu. I chatted with some members there before and since adaps and toku are technically anime-ish, they wanted me to try some titles.

Never did though, hahahaha

Oh and chaos-tan also likes tokusatsu, I asked him to make an acct there too but he's not interested

3miL Jun 2, 6:10 PM
You turned off the smexy gifs, that makes me sad hahahaha

Where are you from again? Sorry lol

I can understand. I checked some pics on what the chatroom on Discord looks like and it does look more convenient

I guess I get respect as a human being, but idk. I lost the sense of belongingness so to speak. I'm not being treated harshly, guess I'm just depressed or smth

Oh you mean the franchises? Yeah it is quite nifty. Too bad they're currently having server issues

How does that work? Wait... so you mean to say each club has a discord? The active clubs right? And I guess it works just like facebook messenger, huh?

So it's not a mal thing but a generalized - "People like instant messaging better" thing huh?

Ouch. How're the folks treating you? Meanwhile it's more or less 2 years since I've been working but I still kinda get treated like shit

Tbh it's greatest contributors are shorts (ovas and onas) and movies. Like one friend said back then, it'd really be nice if they also show a total count for each tv series - sequels not included.

I had a friend from back then who closed his acct and announced beforehand that he was going to crunchyroll, on youtube I see patreon and discord, guess the hype is over huh?