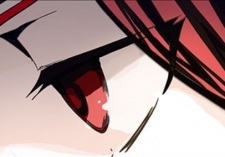 AmethystItalian May 24, 11:10 PM
Quarantined so trying to get through more anime, wbu?

ranfinflois Nov 8, 2017 8:20 PM
Your name is Ringo Starr and you like Satania
I See You're a Man of Culture

DPM-JaMaN Nov 4, 2017 2:42 AM
Hey there! Great Fate/HF review! I'm a big VN fan and really wanted this film to be good. After reading your review I have no doubts anymore, thank you) Too bad I have no way to watch it before it comes out on blu-ray. So, as far as I understood - you've not read the middle and the ending of the route? Well, what can I say, it'll blow your mind, the 2nd and the 3rd movies are going to be godlike.

Pitzer Sep 29, 2017 12:54 PM
>because of memes
As is tradition. Unfortunately I'm in the middle of watching HxH now, but feel free to inform me when you're streaming another show and I'll catch up if I can.

Pitzer Sep 28, 2017 1:30 PM
Hey mate just stopping by again to tell you I respect the effort you put in reviewing so many shows.
Like, I wrote my EC review and when I finally finished QCing it I felt like I had just completed my dissertation.
Definitely F to pay respects dude.