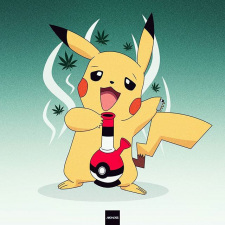 goob Jun 7, 3:04 PM
Hey, how's it going? Kinda been away from MAL lately. I discovered Backloggd, which is a similar website for games and I've been building up my profile over there while revisiting games, old and new.

goob Mar 20, 6:45 PM
I checked out some videos of Rust a while back and it looked like fun, kinda like a Minecraft without the blocks. Or maybe Far Cry. Death Stranding has been my week-long obsession, but it's winding down now. Just beat it this morning. I think I'll mess around with it for a couple more hours and then call it quits. The gameplay does become a bit trivial towards the end when I have zip-lines set up all over the map.

goob Mar 9, 5:39 PM
Hey, what's up? I've been really tired lately. Not a lot of motivation to do anything. I did start playing this Dark Cloud game and am thinking of trying out the Naruto Ninja Storm games, since I hear they're pretty good.

Anyway, for DBZ, I'm of the mindset that the TV show handled the villains better. Thought the movie ones were mostly forgettable.

goob Jan 31, 4:42 PM
Well, I got all the DBZ movies under my belt a little while back. Thought they were mostly "average" experiences, smaller parts of the bigger DB universe. And I think my ratings more or less reflect that. I tended to value the villains the most, since they were usually the main difference between the movies. I thought Broly had the most potential, and wanted to like him, but I also thought he was the most poorly handled. Felt more like a joke/meme villain, so I couldn't really take him seriously. Anyway, I actually preferred the specials over most of the movies. I thought they told more meaningful stories, with a dash of grit.

That was something all right. Whenever I watch these things with a notorious reputation, I always go in expecting the worst. So when that floorboard broke and went up between the girls legs, well, you can imagine where my line of thought was going. The rest of it ended up being somewhat tame. Gross, but still tame. Maybe I've become jaded after spending so much time around anime over the years. Nothing really surprises me anymore. =/ I think there might have been something going on here about subverting female stereotypes, but nah, this probably doesn't deserve that kind of analysis. =P

goob Jan 2, 4:33 PM
Yeah, and I'll still actually watch these kinds of shows once in a while, especially if there's something I find unique or interesting about it. Although I will crank up the playback speed, to get through the episodes in half the time. The most recent one I saw was that Tsuujou Kougeki show, the one with the mom in the MMO world.

Will check out Tenshi no Drop sometime soon, I'm always down for watching something terrible.

Haven't gotten back into FFXIV yet, I'm currently trying to take care of my console backlog because I've been putting it off for too long.

goob Jan 1, 7:37 PM
Yeah, I'll add everything at once when I see them all and decide how I want to rate them in relation to eachother.

It's funny you mention the number of things I've seen because my list is probably about 50 entries behind what it should be. A few years ago, I actually deleted a bunch of stuff like ecchi and harem shows. Mostly junk with no real value in the grand scheme of things. And that was pretty much all I watched between the ages of 16 and 20. I eventually felt weird about still being associated with them as I got older. But more recently, I find that I don't really care what people think of me anymore. Especially with the direction the world is headed, and how people act these days. It's just not worth it to sweat the small stuff anymore. So maybe I will add them again. Just own up to it and be honest. Be myself.

Been slowly making my way through the DBZ movies, albeit out of order. I was pleasantly surprised with how Battle of Gods turned out.

I remember talking to you about Urahara and Yoruichi before :)

Geshtinanna Jan 1, 9:31 AM
I used to think that Naruto was the greatest thing since sliced bread, but I had a revelation on New Year's Eve, that I should shift allegiances to Bleach lol.

Happy New Year to You :)

beniporag_ Dec 24, 2020 12:03 AM
actually sir, u r wrong about arguing on the forums not being productive because it is an excellent way to display your brilliance and mental superiority over ur fellow MAL compatriots! When I see countless MAL users' arguments get destroyed from my brilliant takedowns of their entire arguments, it just fills my mind with pleasure and makes me proud I am an AOT fan! Us AOT fans are the smartest people in the planet, after all! 🤗🤗🤗🤗

If you proudly identify as a lolicon, please seek psychiatric help before you hurt someone. It's not okay.

Spending all day arguing on the forums or insulting other's taste will not fix your loneliness, find something more productive to do.

Re:zero, HxH, and Hyouka are all painfully overrated, subpar anime.

Naruto is the greatest anime of all time.