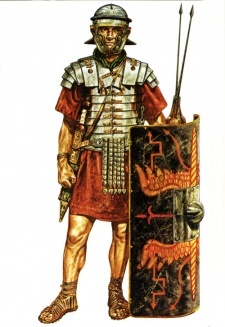 Vasilivros Aug 14, 2019 4:04 PM
From what I heard the story of the Neptunia games and anime are different, they just share the world and the characters. Don't quote me on that tho. I just got a Vita and I'll be playing Rebirth 1 soon, I'll tell you how it looks at some later date.

Changing the topic slightly, do you mind giving me your thoughts on this video?
https://www.youtube.com/watch?v=HAHu6vnRSGg

Anyway, I think I remember you lamenting that there's not many really great shows in 2010s. If that's the case you'd definitely want to watch Penguindrum, it's a true work of art. Doesn't waste any time, has a specific beginning, middle, end and a theme connecting it all. All characters have a specific purpose in the story, all of them have pasts and motivations that make sense. You know, a story with a point, one that was carefully planned.

That aside I also saw the Neptunia anime. Mostly comedy and video game references galore (which are a true joy if you can get those) but surprisingly there was also some plot, with an interesting twist in the end. From how the series looked and the first episodes I had zero expectations, treating it only as a weird, fanservicey comedy, but I was really pleasantly surprised by the end.

I also finally watched a Fate anime, specifically both seasons of Fate/Zero. Yep, I get the appeal, it's also a really good show, but a few deus ex machina like events hold me back from saying it's some great masterpiece. 90% makes sense, but the things that don't, I feel like are really stretching the logic of the show.

Psycho-Pass was also really great. I don't like philosophy, I mostly see it as some weird offspring of science that doesn't really know what it's supposed to do, but Psycho-Pass actually made me think about about some of its themes more deeply. It's also got more references to classics and philosophy than I could count, at times almost like the creators of the show wanted to brag about how well read they are. Quotes here, references there, some classic books laying here, a character pondering some philosopher's ideas and approach to life. I can see how it could seem annoying to some. I don't think it's pretentious, but it can give off that vibe sometimes.

Vasilivros Aug 1, 2019 3:06 AM
"I've basically given up on Hollywood so I've seen no new movies lately and American TV disgusts me anymore."

Glad you enjoyed Steins Gate (you can give S;T Zero a pass tho) and Made in Abyss. I started reading the manga recently and after the anime it only gets better (tho not from the characters' point of view, heheee...).

Vasilivros Apr 19, 2019 12:09 PM
What you say about Monogatari is of course true, but trust me, it's just the tip of the iceberg. You'll understand after watching Owarimonogatari season 2. But remember to watch in the release order. The... puns (?) only get more sophisticated as you go on, but they're not the reason why people consider the series a masterpiece. If I say anything more that'd be a spoiler so I'll just stop.

I think I read that VE review and also thought it was quite harsh, but the arguments made sense. My biggest gripe with the series are plotholes like Violet's arms (rest of the world is fairly realistic, and yet no one questions those scifi /steampunk limbs) or how absolutely beautiful everything looks (didn't the war end just recently? How do those cities look better than richiest places in the world today???).

Vasilivros Apr 19, 2019 2:59 AM
Yes, you finally opened the rabbit hole that is the monogatari series! Man, you have some great stuff ahead of you, haha.

But Violet Evergarden? Sure, it's pretty and has some idea of what it wants to do, but from what I remember there are... more than a few plotholes in this show, to put it that way.

Vasilivros Dec 27, 2018 7:29 AM
I don't see what would be so unwise about it. If just mentioning that one pirates shows would lead to trouble it would mean that privacy already completely died. I also never heard of someone getting in trouble for being just a user of those sites, so I feel just as safe saying that I pirate anime as I feel saying that I use emulators for old games.

Just in case, there are Gunbuster and Diebuster movies out there, don't watch them. They condense and cut the originals to half their original length, and the original length was already below 3 hours. You'd be basically watching half the anime, so just make sure to not do that.

Vasilivros Dec 26, 2018 10:36 AM
I'll put in print that I pirated all anime I saw up to date and that I own only one dvd (that arrived just few days ago (and its Diebuster)). I mean, everything that I care about either isn't on legal sites period, or is but isn't AVALAIBLE due to licenses anyway. Hell, I wanted to buy a bluray or dvd of some Monogatari season but I can't even do that due to licenses. It's like... they can't even take my money when I'll gladly give it to them. And I understand WHY, but it's still pretty ridiculous.

Anyway, I'm glad that you PREFER watching legally and I hope you do the right thing when it comes Gunbuster and Diebuster. That is, seeing them before you die. Wink.

Vasilivros Dec 25, 2018 1:10 PM
So you've seen Diebuster? Before Gunbuster? As for legality... I really don't get it, if it's not avalaible legally then why not just watch it on kissanime or wherever? I doubt any legal streaming service would care about Gunbuster.

Vasilivros Nov 30, 2018 2:52 PM
"MAL forums are infested by people with the Dunning-Kruger effect. This most likely includes YOU. Have a nice day."

So if I inderstand correctly, when it comes to dramatic structures, your friend advises to look at those structures on a case by case basis, that is, looking at an individual work's structure?

Aside for that, thanks a lot, I'll look up the things your friend abd you mentined.

-What point is there in knowing dramatic structures like "Three-act structure", "Jo-ha-kyū", "Kishōtenketsu" or "protasis, epitasis, and catastrophe"? What do they allow us to see? Don't get me wrong, it's not a question to defend or allow myself to be ignorant, rather I just can't really see much of a point in them when I see them as simply more specific versions of Freitag's pyramid, which by extension, makes them applicable to fewer works. Should we know them because of the cultural/historical element?

-Do you think nownovel.com is a worthwhile source of information about writing and plots?
All Comments