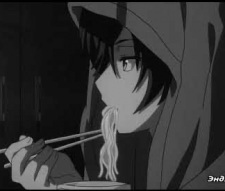 Endless_end Oct 26, 2:05 PM
WOW look at this Erebus!!! How many minutes you took to search all this GIFs man, I'm impressed


they put so much effort and passion behind their work
I know that, right?? They really put their feelings on the job, this is what make the difference


I can feel the effort they put into the show
Exactly, same thing here


Shaft's March Comes in Like a Lion was beautiful portrayed with all it's visual messages
Or CoMix Wave Films' Kimi no Na wa with it's stunning 10/10 animation visuals.
I love both of the works, Kimi no Na wa is just an amazing animated work, but Sangatsu has a lot of meaning behind its simple yet deep plot. I'm also reading the manga, I love Rei and Hina's relationship too much (actually it's On Hold cause of something that happened in the story that kinda bothered me, but I would never drop such a beautiful work)


these studios have very few anime that they animated that could replicate that same feeling
Kyoto Animation has a multiple amount of anime that have done that
I get your point here, and I totally agree. TMS Entertainment for example, I've watched 6 works from them, but just Fruits Basket was remarkable for me. In the other hand, almost every KyoAni's work changed something in my life in one way or another


Shaft did a good job with the Monogatari series
I'm sure it's a well done work, due to its score. One day I may try to finish it (I'm trying to avoid big animes lately)


they don't lack top tier fast paced action art either
I watched Nichijou recently, it was definitely good. KyoAni knows how to do everything hahaha Just look at this:

Wit Studio's Attack on Titan
An amazing work, one of my first animes. I'm really hoping for that alternative ending you mentioned on the other post recently. As a manga reader, well, forget it, I don't wanna ruin your experience with your favorite anime


Ufotable's Demon Slayer and Fate
ufotable is another level of animation, but I think they lack on another aspects. A great studio anyways


let's be honest, nobody's topping a Levi fight scene xD
For sure, that fight with the Beast Titan is just amazing on every aspect


ANYWAYS, that's me going on a rant x) sorry for that, it's just that when I'm trying to give a reason, I don't want to be lazy about it.
But that's why I think Kyoto Animations is the best studio
No problems at all Erebus!! Nice effort on trying to give this a reason, now I don't have any doubts that KyoAni is the best out there. Thanks for your time and message man 😄

I actually started watching when I was a kid, back in 2005 I think? Though I'm still a kid but we're not talking about childhood anime like doraemon, dragon ball or crayon shin-chan. So to make it short I've ben watching for 14-15 years I guess. But it's nothing compared to you who have watched 300 animes just by starting 3 years ago 😂

tinker3bellz1 Oct 26, 6:30 AM
Ah oh yeah you're the type to keep friends to minimum too. Just say no if you don't want, I won't be offended at all trust me

tinker3bellz1 Oct 26, 6:01 AM
No, not at all. Thank you for showing the steps and thank you for going all the way to tell me! ^^ I've fixed it. Can I ask you a favour to check if my gif is working or not in the forum?

Alien_cheese Oct 23, 2:55 PM
aw thanks! I have no idea how you know its my birthday, but thank you I appreciate it!

-Facktack- Oct 22, 8:32 AM
Just thought that you had good taste, fellow Berserk fan.

you gave me a heart attack dude

MonkeeDan Oct 22, 5:15 AM
:D I'll see when I get the motivation to start it, but probably around this weekend. I just like to share my love for Houseki no Kuni so I like to show a good variety of different gems ^~^ ,but yea I can see why you dont want to change it, I think its pretty nice and "neutral" so it doesnt get really boring after some time. Also the way you aligned the spoilers is pretty nice. And as you said, you can always change some "minor" stuff pretty easy, thats good.